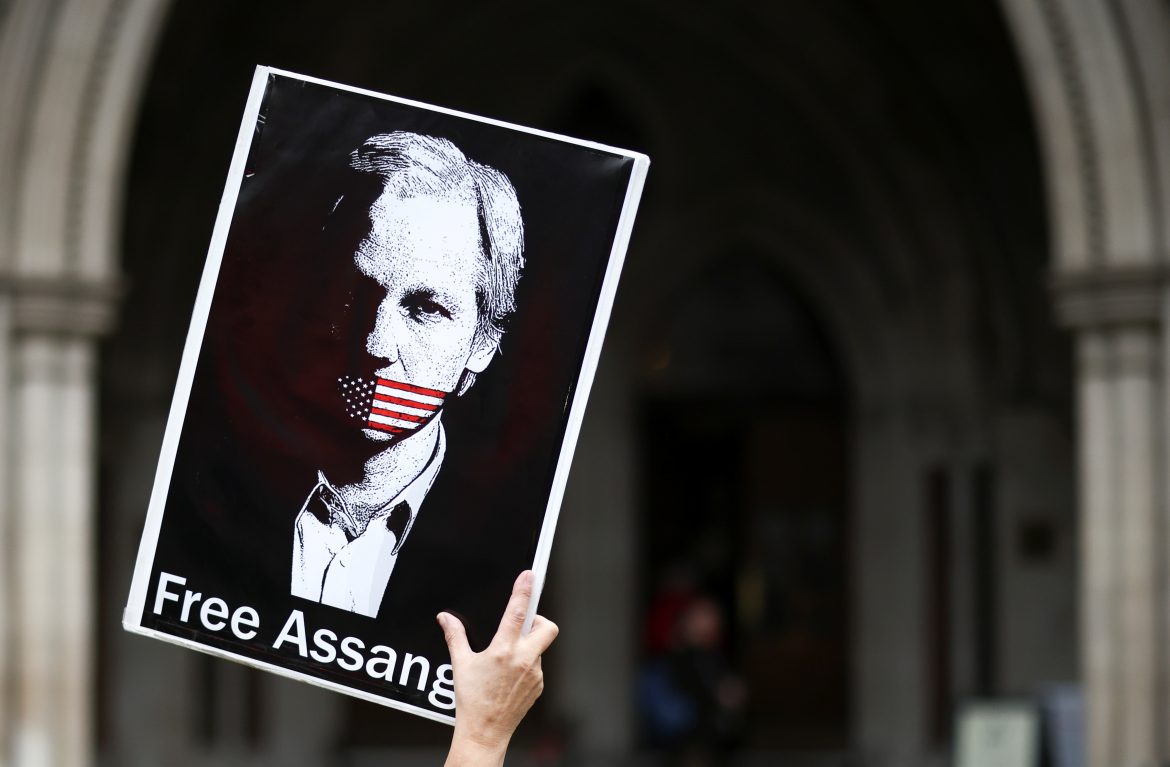 Lawyers for the United States launched a fresh attempt on Wednesday to have Julian Assange extradited from Britain, arguing that concerns about the WikiLeaks founder’s mental health should not prevent him from facing U.S. justice.

The 50-year-old Australian is wanted in the United States on 18 criminal charges, including breaking a spying law, after WikiLeaks published thousands of secret U.S. files and diplomatic cables in 2010.

The United States is appealing against a Jan. 4 ruling by a London District Judge that Assange should not be extradited because he would likely commit suicide in a U.S. prison.

Lawyer James Lewis told the court the United States had addressed the District Judge’s concerns by making assurances to Britain regarding how Assange would be treated if extradited.

These included that he would not be subject to a set of strict detention conditions known as Special Administrative Measures and would not be detained at a maximum security penitentiary in Florence, Colorado, known as ADX.

The U.S. authorities had also assured Britain that they would consent to Assange serving in Australia any custodial sentence imposed by a U.S. court, Lewis said.

Assange, who denies any wrongdoing, is being held at Belmarsh Prison. In the morning, the court was told he felt too unwell to appear via video link, but later in the day he did appear on the screen. Wearing a shirt, tie and mask, he was sitting at a table, holding his head in his hand.

In a court document circulated to media, Assange‘s lawyers rejected the U.S. assurances, saying he could be held in another maximum security facility under oppressive conditions that would drive him to suicide.

They said Australia had given no indication it would consent to Assange being transferred there to serve a U.S. sentence, and he would be at high risk while awaiting a transfer.

“On the evidence, Mr. Assange will most likely be dead before it (the proposed transfer) can have any purchase,” they wrote.

The appeal hearing is scheduled to last two days, with the judges expected to give their ruling at a later date.

Supporters of Assange gathered outside the court building from early on Wednesday, chanting “free Julian Assange“, before his father and Stella Moris, his partner and mother of his two children, arrived.

Another subject of dispute in the appeal is whether the evidence of a psychiatric expert called by Assange‘s defense team in the original extradition hearing was reliable.

The U.S. lawyers argue the evidence should be dismissed because the expert initially failed to disclose that Moris was Assange‘s partner and that the pair had children — information they said was highly relevant to the issue of his suicide risk.

Assange‘s lawyers said the District Judge had been right to take into account the expert’s evidence.

WikiLeaks came to prominence when it published vast troves of confidential U.S. military records and diplomatic cables which the United States says put lives in danger.

Soon afterwards Sweden sought Assange‘s extradition from Britain over allegations of sex crimes. He was ordered to be sent to Sweden in 2012, but instead fled to the Ecuadorean embassy in London and lived there for seven years.

He was dragged out in April 2019 and jailed for breaching his British bail conditions, although the Swedish case against him had been dropped. The U.S. authorities then sought his extradition.

Supporters see Assange as an anti-establishment hero victimized for exposing U.S. wrongdoing in Afghanistan and Iraq. U.S. prosecutors regard him as a reckless enemy of the state whose actions threatened the lives of agents named in the leaked material.

Religious leaders meet in California to pray over border crisis