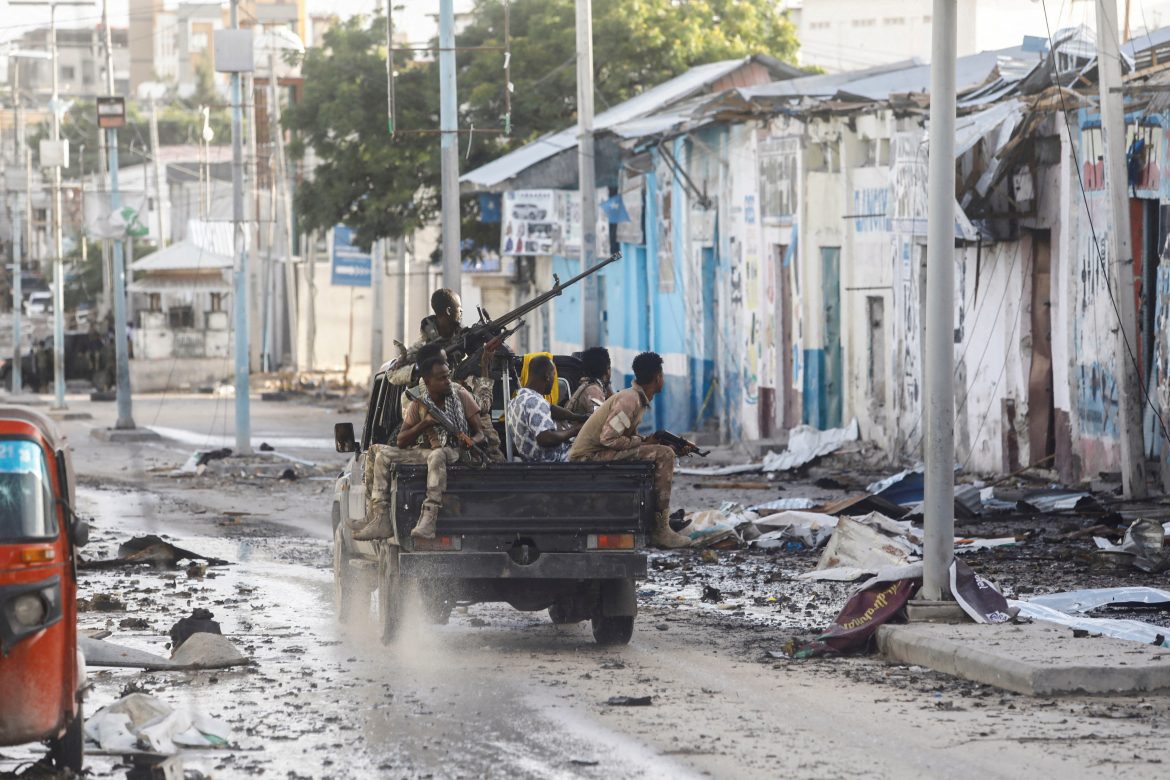 The operation, which the U.S. military described as a “collective self-defense strike,” occurred on Friday about 162 miles north of the capital Mogadishu, where Somali national forces were under attack by more than 100 al Shabaab fighters, the statement said.

U.S. Africa Command, the military arm of the American government’s presence on the continent, said no civilians were injured or killed in the strike. It said three vehicles were destroyed.

Al Shabaab fighters stormed a Somali military base in Galcad on Friday and killed at least seven soldiers, according to the Somali government and the militant group. The fighters exploded car bombs and fired weapons but were eventually repelled.

Somalia‘s Information Ministry said in a statement that in addition to al Shabaab killing seven soldiers, their soldiers had killed 100 of the group’s fighters and destroyed five gun-mounted pick-up vehicles known as technicals.

Al Shabaab has been fighting since 2006 to topple the country’s central government and install its own rule, based on a strict interpretation of Islam.

On Sunday, Al Ahabaab forces struck again setting off a bomb and storming a government building in Somalia‘s capital, killing at least five civilians, the ministry of information said.

Attackers from the terrorist group charged into the block that houses the office of Mogadishu’s mayor around noon and got caught in a firefight with security forces, the ministry and witnesses said.

Security killed six of the militants and cleared the area by about 6 p.m., the ministry said on its Facebook page.

“We were in the office and we were deafened by a blast. We ran out. Gunfire followed,” Farah Abdullahi, who works in the mayor’s office, told Reuters.

Abdikadir Abdirahman, director of Aamin Ambulance Services, gave a higher estimate of the death count, saying it had transported the bodies of eight civilian victims.

At least another 16 people were injured in the attack, he added.

Al Shabaab said in a statement its suicide bombers struck, “then foot fighters entered the building after killing the building guards”.