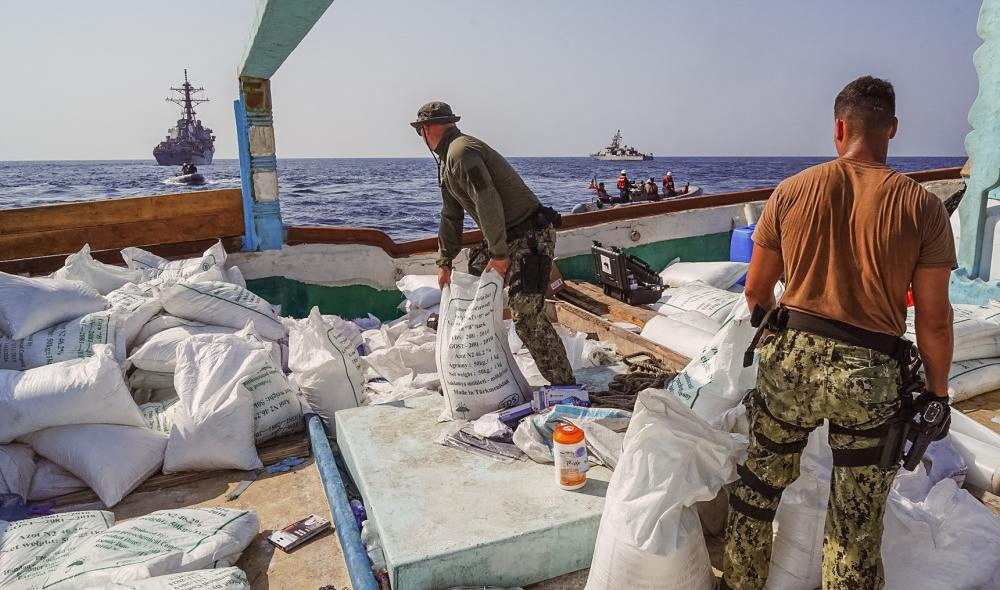 The U.S. Navy’s Fifth Fleet said on Tuesday it had intercepted a fishing vessel smuggling “massive” amounts of explosive material while transiting from Iran along a route in the Gulf of Oman that has been used to traffic weapons to Yemen’s Houthi group.

U.S. forces found over 70 tons of ammonium perchlorate which is commonly used to make rocket and missile fuel as well as explosives, the Fifth Fleet said in a statement.

A Saudi-led military coalition battling the Iran-aligned Houthis in Yemen since 2015 has repeatedly accused Iran of supplying the group with weapons, a charge Tehran denies.

“The unlawful transfer of lethal aid from Iran does not go unnoticed. It is irresponsible, dangerous, and leads to violence and instability across the Middle East,” he added.

There was no immediate Iranian comment on the accusation.

The intercepted vessel had four Yemeni crew members and also carried 100 tons of urea fertilizer, which is used in agriculture but also for making explosives, the Fifth Fleet said.

U.S. forces sank the ship on Sunday in the Gulf of Oman as it was a “hazard to navigation for commercial shipping” and its crew were handed over to the Yemen coast guard, it added.

Last December, the Fifth Fleet seized a cargo of assault rifles and ammunition from a fishing vessel that it said were believed to have originated in Iran to supply the Houthis.