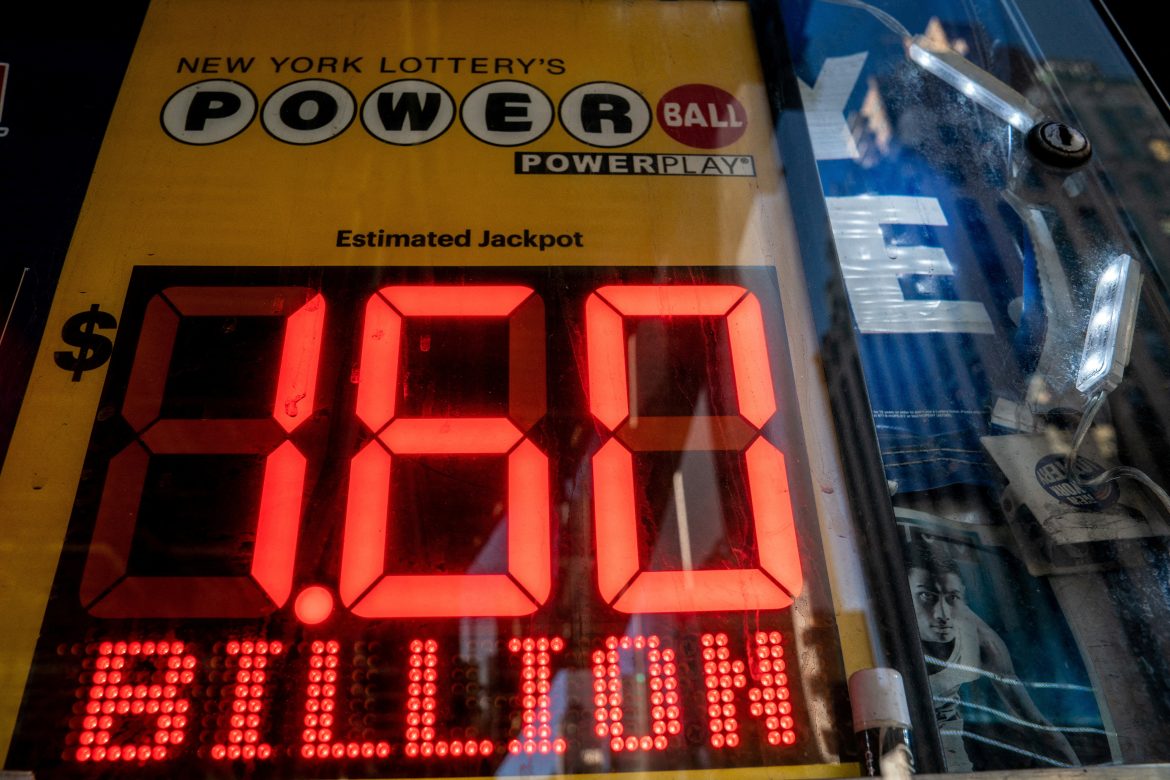 An already record-breaking U.S. Powerball jackpot grew to a whopping $1.9 billion one after no one secured a winning ticket in Saturday night’s drawing, according to lottery officials.

The estimated $1.6 billion that was up for grabs on Saturday had been the largest lotto prize ever offered, Powerball said.

The next chance for ticket buyers to clinch the jackpot will be Monday’s draw, although they would have to overcome the steep odds of 1 in 292.2 million to secure a win.

No one has won the jackpot since Aug. 3, when a lucky ticket holder from Pennsylvania took home over $200 million, according to Powerball.

The prize money has since mushroomed, generating lots of business at gas stations and newsstands around the United States, where Americans buy Powerball tickets for $2 a pop.

Winners may decide to receive their money as an annuity, paid in 30 graduated payments over 29 years, or a lump sum cash payment. Both types of winnings are subject to federal and local taxes.