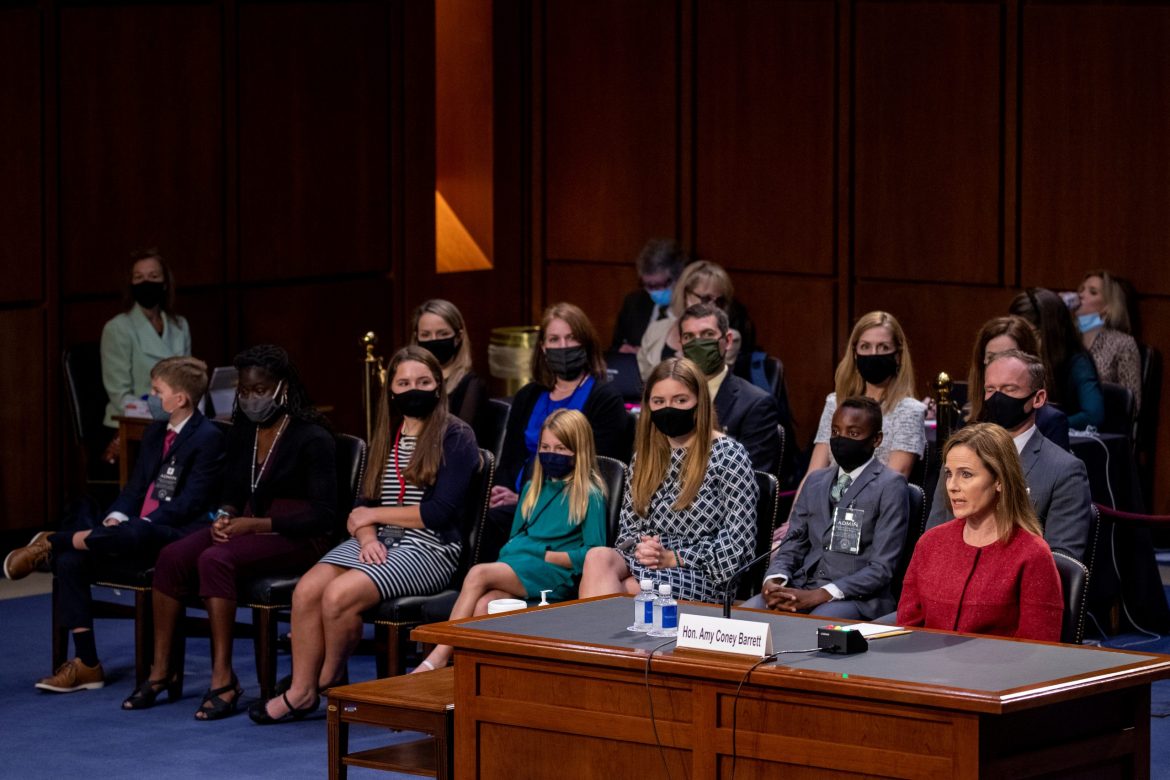 Amy Coney Barrett, President Donald Trump’s pick for a U.S. Supreme Court vacancy, said she would rule based on the law, not her personal views, in prepared remarks issued on Sunday ahead of her Senate confirmation hearing this week.

Barrett, a conservative appeals court judge, said that in her current job, she has “done my utmost to reach the result required by the law, whatever my own preferences might be.”

A devout Catholic who has a record of opposing abortion, Barrett is likely to be probed by Senate Democrats on that issue in particular. If Barrett is confirmed to the position by the Republican-controlled Senate, the court will have a 6-3 conservative majority.

Trump nominated Barrett to replace liberal Justice Ruth Bader Ginsburg, who died last month. Democrats have been voicing concern over whether this nomination is rushed right up against the November 3rd election.

Barrett said in the statement that it would be an “honor of a lifetime” to serve alongside the current eight justices and explained how she approaches cases.

“When I write an opinion resolving a case, I read every word from the perspective of the losing party. I ask myself how would I view the decision if one of my children was the party I was ruling against,” Barrett said.

Barrett, 48, who has seven children, would be the fifth woman to serve on the court. Before Trump appointed her to the Chicago-based 7th U.S. Circuit Court of Appeals, Barrett was a professor at her alma mater Notre Dame Law School in Indiana.

The hearing this week gives the Senators on the judiciary committee a chance to ask Barrett questions about her legal experience and decide if she is qualified for the position before taking it to a vote, where a simple majority of present Senators will decide her confirmation. If there is a tie, Vice President Michael Pence, who presides over the Senate, will cast the deciding vote.

Sourced from Reuters and Senate.gov