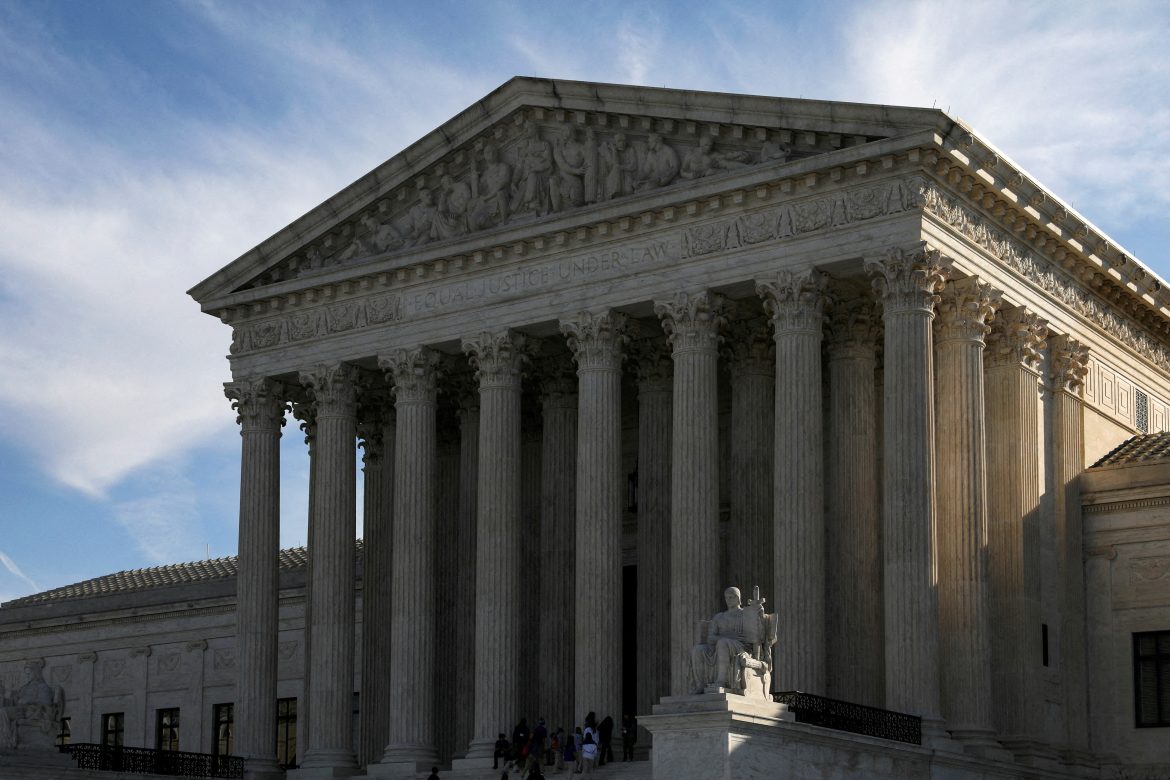 The U.S. Supreme Court on Wednesday nixed a Washington state bed-and-breakfast owner’s lawsuit accusing a Border Patrol agent of civil rights violations during a violent 2014 encounter, as its conservative majority further curtailed the ability to sue federal officials for damages.

The court decided in a 6-3 ruling authored by conservative Justice Clarence Thomas that Robert Boule, owner of the “Smuggler’s Inn” lodging establishment in the city of Blaine along the Canadian border, could not sue agent Erik Egbert for using excessive force in violation of the U.S. Constitution’s Fourth Amendment ban on unreasonable searches and seizures.

The court‘s conservative justices were in the majority and its liberal members in dissent. The lawsuit accused Egbert of throwing Boule to the ground after the innkeeper objected to the agent investigating the immigration status of a Turkish citizen who was a guest at the bed-and-breakfast.

The court also unanimously found that Boule could not pursue a separate claim under the First Amendment’s protection of free speech accusing Egbert of unlawfully retaliating against him for complaining about his treatment at the hands of the agent.

The court reversed a 2021 ruling by the San Francisco-based 9th U.S. Circuit Court of Appeals that had sided with Boule, allowing his suit filed in 2017 to proceed.

The Supreme Court‘s decision was the latest in a string of rulings by its conservative majority that limit the scope of a 1971 decision that allows people to sue federal officials individually for civil rights violations. The court has stopped short of outright overturning that precedent in a case called Bivens v. Six Unknown Named Agents.

Thomas wrote that it is up to Congress, not courts, to decide under what circumstances federal officials can be sued, noting that the 1971 ruling has “no shortage of detractors.”

Along similar lines, the court in 2020 ruled that a Border Patrol agent could not be sued for fatally shooting a Mexican teenager who was standing on Mexican soil.

Boule’s bed-and-breakfast was known to federal agents as a place where people seeking to cross the border illegally would stay, according to the ruling. Boule would offer a shuttle service to the border, charge for a night of lodging even if guests did not plan to stay and would often inform agents about people staying with him. He drove a car with a personalized license plate that read: “SMUGLER.”

In 2021, Boule was convicted in Canada of helping smuggle people into the country.

The 2014 incident occurred when Boule told Egbert about a Turkish bed-and-breakfast guest. Egbert arrived at the establishment to check on the guest’s immigration status. Boule asked Egbert to leave the property, prompting a physical altercation that led to Egbert allegedly shoving Boule against a car and pushing him to the ground, according to court records.

The lawsuit accused Egbert of asking various U.S. agencies including the Internal Revenue Service to investigate Boule, which was the basis of the innkeeper’s retaliation claim.

Liberal Justice Sonia Sotomayor wrote in a dissenting opinion that the excessive force claim should have been allowed under existing precedent.

“The court goes to extraordinary lengths to avoid this result,” Sotomayor wrote, adding that Wednesday’s ruling prevents civil rights claims filed by “many who will suffer serious constitutional violations at the hands of federal agents.”