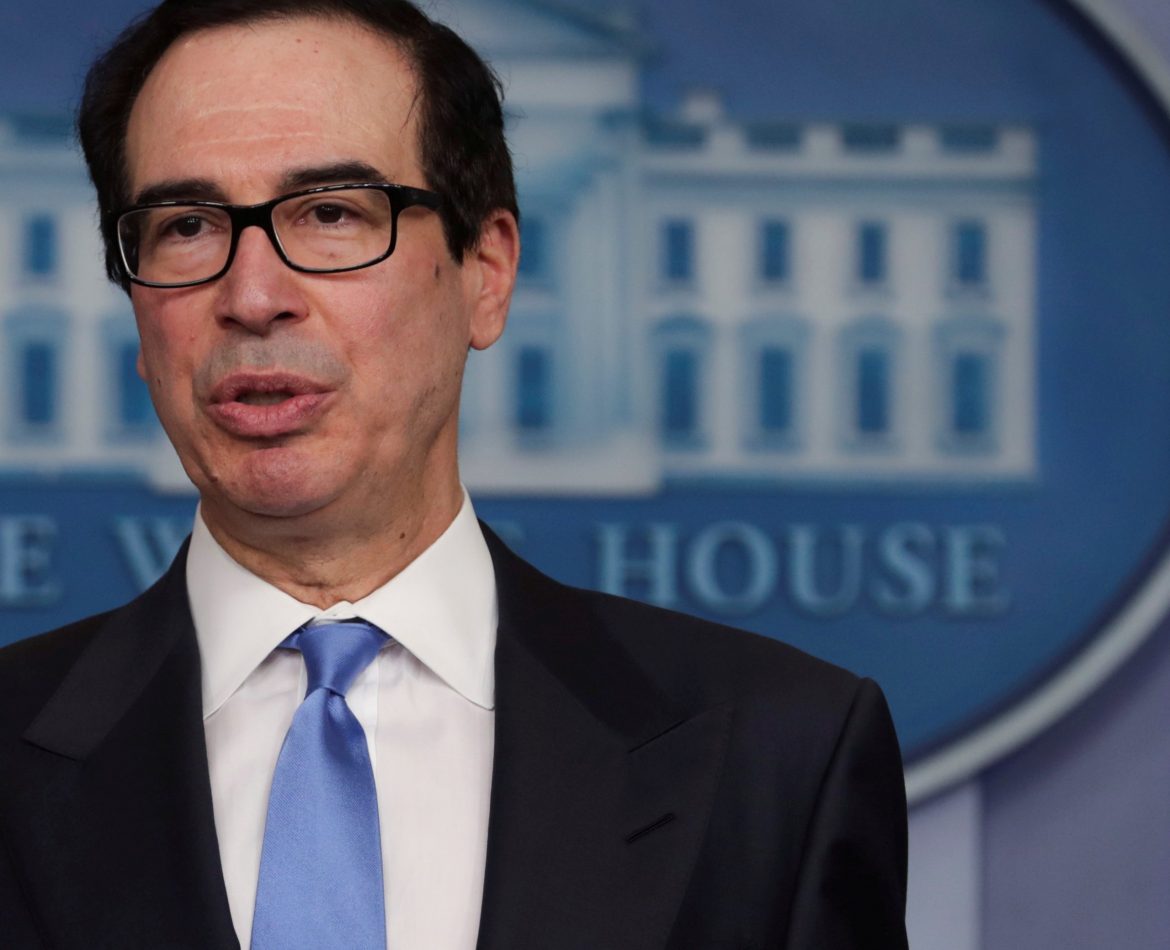 Treasury Secretary Steven Mnuchin on Monday said bipartisan discussions are underway over whether more U.S. government relief funding is needed amid the nation’s novel coronavirus outbreak, but that President Donald Trump is focused on taxes and travel.

In an interview on Fox Business Network, Mnuchin said the Trump administration was prepared to back additional coronavirus stimulus money for American businesses if needed, but that right now it was carefully monitoring the economy as some states restart activity.

Mnuchin said Trump wanted tax changes to make businesses’ entertainment expenses “fully tax-deductible like it used to be … to get people to go back to restaurants.”

“The president’s also looking about ways to stimulate travel,” he added. “As the economy opens up, I think you’ll see demand coming back,” for domestic travel, he said, although it’s “too hard to tell” if international travel could open up later in 2020.

Congress has already passed several major coronavirus relief bills worth nearly $3 trillion during the pandemic, but Democratic lawmakers and both Republican and Democratic governors have called for billions more to help shore up local governments battered by the outbreak as they grapple with infections and historic waves of unemployment.

“We’ve put $3 trillion out, if we need to put more money out to support American business and American workers, the president’s absolutely prepared to do that,” Mnuchin said. “We’re also going to take into account what the economic impact is as we open up the economy.”

“We’re beginning to have conversations on a bipartisan basis, we’re going through the issues, we’re going to have very detailed discussions,” he added, when asked if June could be a target for the next wave of federal aid from Congress.

On Sunday, White House economic adviser Larry Kudlow said he would not rule out anything in a new relief bill, including more money for state and local governments and small businesses.