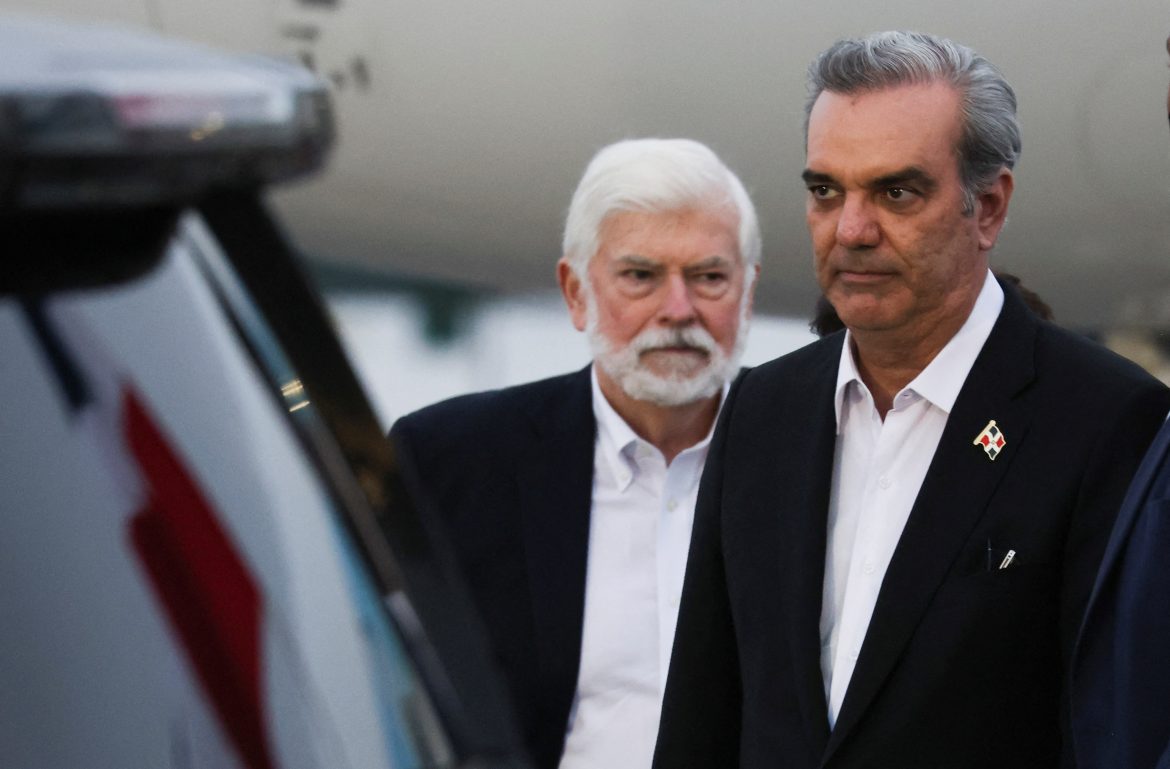 The Biden administration unveiled a new proposed U.S. economic partnership with Latin America on Wednesday as regional leaders gathered for a U.S-hosted summit whose agenda has been undermined by discord over the guest list.

However, Biden’s “Americas Partnership for Economic Prosperity,” which still appears to be a work in progress, stops short of offering tariff relief and, according to the U.S. official, will initially focus on “like-minded partners” that already have U.S. trade accords. Negotiations are expected to begin in early fall, the official added.

Biden was due to outline his plan in a speech later on Wednesday to formally open the summit, which was originally conceived as a platform to showcase U.S. leadership in reviving Latin American economies and tackling migratory pressures.

But Biden’s agenda has been marred by a partial boycott by leaders upset at Washington’s decision to exclude Cuba, Venezuela, and Nicaragua from the summit.

U.S. officials hope the Summit of the Americas in Los Angeles and a parallel gathering of top business executives can pave the way for greater economic cooperation as regional nations grappling with higher inflation work to bring supply chains stretched by the COVID-19 pandemic closer to home.

“It’s much better for us … to have a supply chain here in the Americas than it is for us to be dependent on a supply chain that comes from China,” U.S. ambassador to Mexico Ken Salazar told Reuters.

Biden is seeking to press the administration’s competitive goals against China with the launch of the new partnership for the region, the U.S. official said.

Washington, which already has a combined trade pact with Canada and Mexico, a collective one with Central America, and a series of bilateral agreements in the region, will attempt to develop new customs, digital trade, labor, environmental, and corporate accountability standards, according to the official.

The plan would also aim to mobilize investments, revitalize the Inter-American Development Bank, create clean energy jobs and strengthen supply chains whose weaknesses were exposed by the pandemic.

Still, the Biden administration appeared to be moving cautiously, mindful that an initiative that promotes jobs abroad could face U.S. protectionist pushback.

The growing regional challenge from China is a major consideration.

China has widened the gap on the United States in trade terms in large swathes of Latin America since Biden came into office early last year, data show, underscoring how Washington is being pushed onto the back foot in the region.

An exclusive Reuters analysis of U.N. trade data from 2015-2021 shows that outside of Mexico, the top U.S. trade partner, China has overtaken the United States in Latin America and widened its advantage last year.

“The best antidote to China’s inroads in the region is to ensure that we are forwarding our own affirmative vision for the region economically,” the administration official said.

Biden’s aides have framed the summit as an opportunity for the United States to reaffirm its commitment to Latin America after years of comparative neglect under Biden’s Republican predecessor Donald Trump.

But tensions have repeatedly dogged the preparations.

Diplomatic cracks yawned wide this week when Washington opted not to invite Communist-run Cuba and the leftist governments of Venezuela and Nicaragua, arguing their record on human rights and democracy made it impossible.

Rebuffed in his demand that all countries must be invited, Mexican President Andres Manuel Lopez Obrador said he would stay away, deflecting attention away from Biden’s goals and toward regional divisions.

Cuban President Miguel Diaz Canel, in a televised speech Wednesday morning, said the United States lacked “moral authority” to lecture on democracy at the Summit, and thanked Lopez Obrador for his “solidarity.

“The United States has the capacity to prevent the presence of Cuba in Los Angeles,” Diaz Canel said. “But it does not have the power to silence our voice, nor to silence the truth.”

The leaders of Guatemala and Honduras, two of the countries that send most migrants to the United States, also said they would not go, undermining efforts by Biden officials to craft a “declaration” on joint plans to address the phenomenon.

Still, leaders from more than 20 countries in the region will attend, including Canada, Brazil, and Argentina, organizers said.

Biden, in what is being billed as a policy speech to open the summit, will preview the migration declaration to be announced on Friday. Officials say it will include specific commitments from leaders to help address the challenge.

Detentions of migrants at the U.S.-Mexico border have hit record levels this year, and on Monday another caravan of people numbering thousands set off north from southern Mexico.