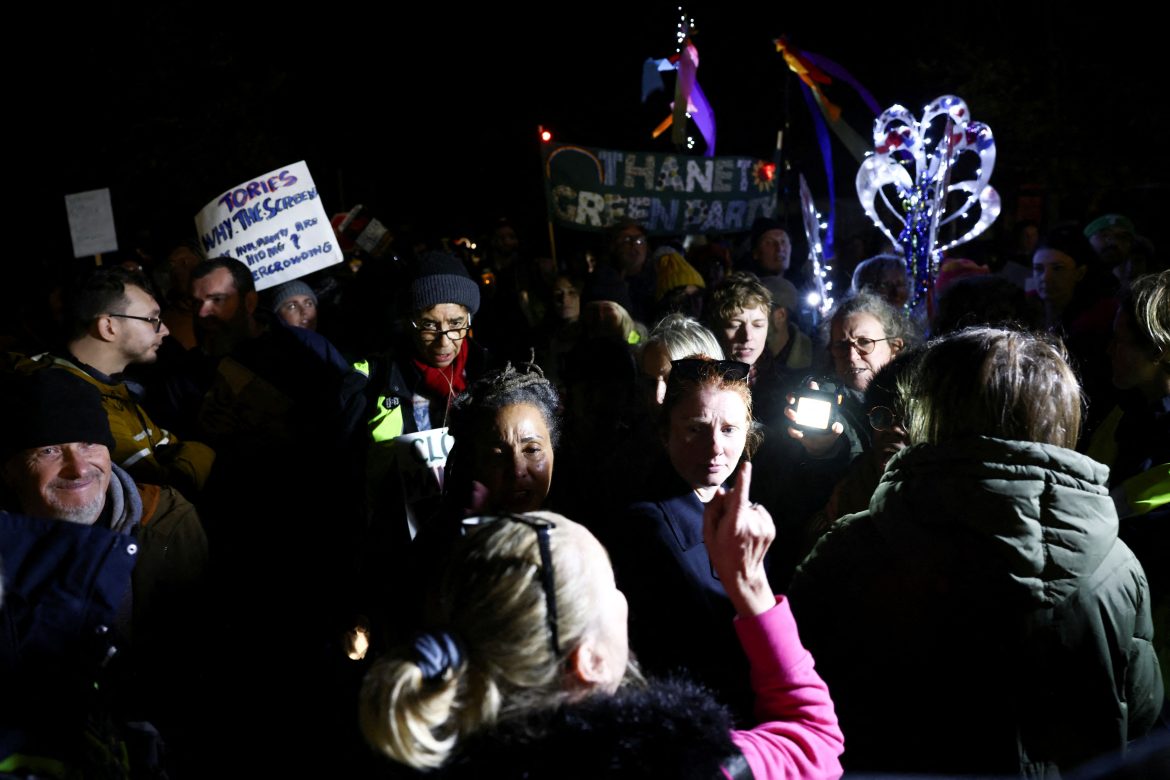 The United Kingdom’s minister of immigration informed Parliament Tuesday that some 200 children have gone missing since arriving in the country seeking asylum.

As first reported by the BBC, Robert Jenrick, Minister of State (Minister for Immigration), reported that the government had lost track of some 440 of the about 4,600 underage asylum seekers who had come to the U.K. since 2021.

“The movements of under-18s in and out of hotels are monitored and reported and they’re accompanied by social workers when attending organized activities,” Jenrick said. “We have no power to detain unaccompanied asylum-seeking children in these settings.”

In a surreal moment of irony, the MPs who most desire open borders used a frequent anti-immigration argument to score points on the Conservatives. The Labour Party, in particular, worried the unaccompanied children had been kidnapped by organized crime groups.

“[One] in 4 children in one Home Office hotel have gone missing,” Shadow Home Secretary Yvette Cooper tweeted along with a video of remarks she made in Parliament. “Half of them [are] still not found. The gangs know where to find them. [The Government] is shamefully failing to act. They must urgently stop using this hotel & crackdown on the dangerous trafficking gangs putting young people at risk.”

1 in 4 children in one Home Office hotel have gone missing. Half of them still not found.

The gangs know where to find them.

Govt is shamefully failing to act. They must urgently stop using this hotel & crackdown on the dangerous trafficking gangs putting young people at risk pic.twitter.com/u03sozW9gZ

While few on the right have much sympathy for the progressive Labour Party, in this case, Cooper speaks of a real, albeit at-this-time-unconfirmed, threat.

Jenrick agreed that there was a danger to children to venture off unaccompanied, but said there was not any evidence that any of the 200 children had been abducted.

But, Labour MP Peter Kyle countered there was ample evidence migrant children were being “coerced into crime,” another sad similarity shared between unaccompanied children, especially boys, in the United Kingdom and the U.S. Young men arrive and, either according to plan or by way of criminal conscription, fall into a life of organized crime.

“Just last year, Sussex Police pursued a car that had collected two children from outside [of a hotel],” Kyle said. “When they managed to get the car to safety they released two child migrants and they arrested one of the members who was driving it — who was a gang leader who was there to coerce the children into crime.”

Asylum seekers have flooded into the U.K. by the hundred of thousands in recent years. Last year, the Conservative-run government struck a deal with Rwanda through which adult asylum seekers would be flown to the African nation and await immigration processing there.

The general idea behind this policy, which Labour vehemently opposes, was to disincentivize economic migrants — those traveling not for fear of safety at home but to take advantage of programs and jobs in the U.K.

Monday, Jenrick’s office announced that, in the last month, immigration officials had investigated about 1,150 cases of migrants working illegally in the country.

“Our Immigration Enforcement teams are working round the clock to bring those violating our laws to justice,” Jenrick said in a statement. “It’s our priority to crack down on this crime and empower law enforcement to remove illegal migrants.

“With support from our new enforcement [task force], we will go further and faster to prevent the abuse of our laws and borders and crack down on individuals exploiting the generosity of the U.K. taxpayer.”