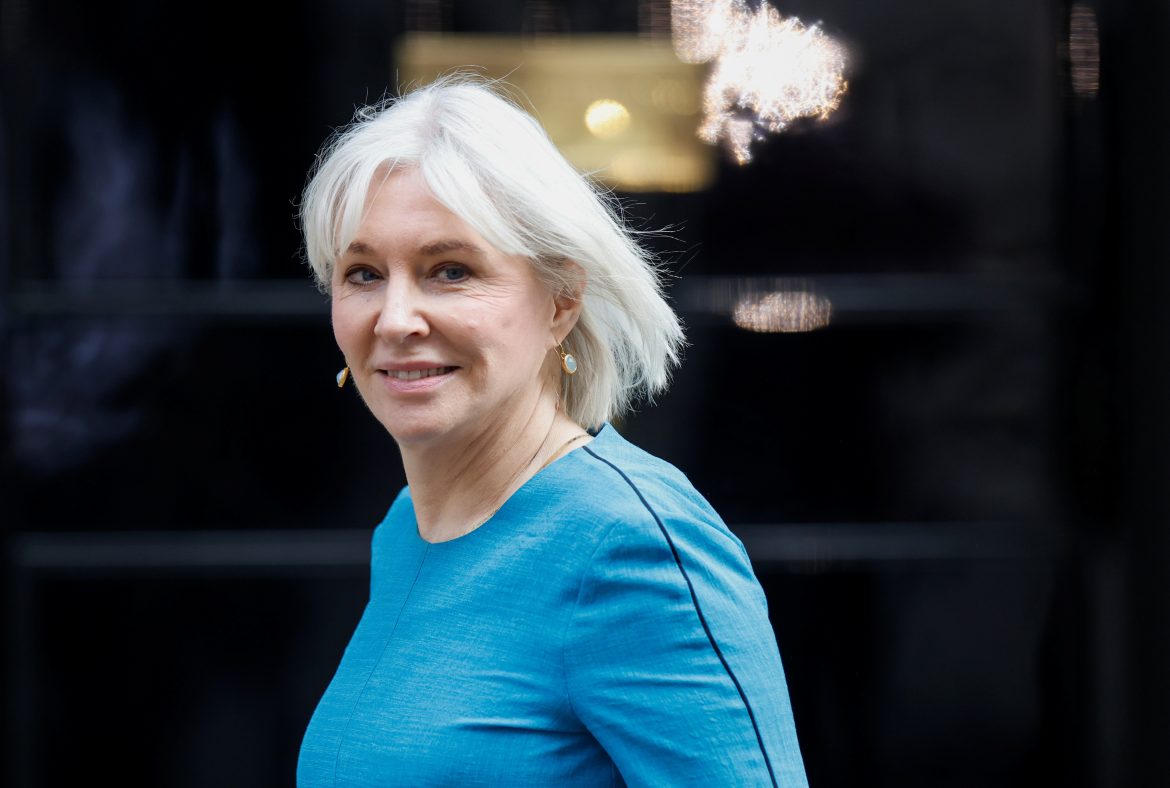 Britain’s sports minister Nadine Dorries on Tuesday said she expected sporting bodies to reserve women’s competitions for biological females, after holding a meeting with a number of governing bodies.

Her statement comes days after swimming’s world governing body FINA voted to restrict the participation of male-to-female transgender athletes in elite women’s competitions if they have experienced any part of male puberty.

Following FINA’s decision, the strictest by any Olympic sports body, many other sports bodies have also begun to follow suit by announcing reviews of their policies on transgender athletes.

“We can’t pretend that sex doesn’t have a direct impact on a person’s athletic performance,” Dorries said on Twitter.

“Asking women and teenage girls to compete against someone who was biologically born a male is inherently unfair.

“Today I have made my position absolutely clear: I expect sporting bodies to follow the policy that competitive women’s sport must be reserved for people born of the female sex.”

The debate had intensified after University of Pennsylvania swimmer Lia Thomas became the first transgender NCAA champion in Division I history after winning the women’s 500-yard freestyle earlier this year.

FINA had also said they would create a working group to establish an “open” category for transgender athletes, a move Dorries supported, but she added that fairness “has to take priority above all else”.

“We need to do this in a way that protects and shows compassion to all athletes,” she added.

“Some clear direction is long overdue – not only for athletes, but also event organizers and fans. There is evidently more to do to make sport fairer for female athletes.”

How Long Will This Crisis Last? Financial Forecasting