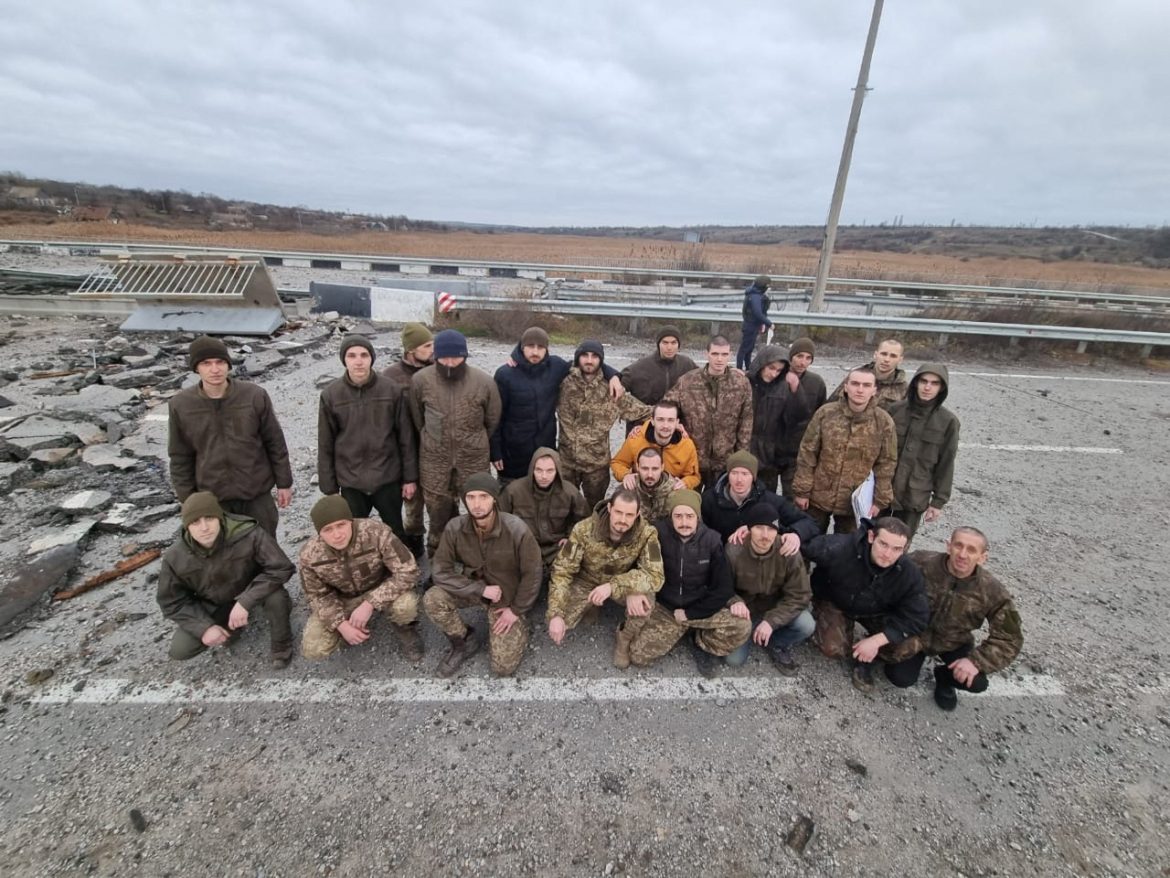 Ukraine has regained 100 of its soldiers this week after coordinating several prisoner exchanges with Russia.

Yesterday morning, the head of the Ukrainian presidential office, Andriy Yermak, shared on Twitter that twelve Ukrainian soldiers, including Mariupol and Snake Island defenders, were the latest to come back home.

Another POWs swap. We managed to release 12 🇺🇦 people. Our soldiers, who defended Mariupol, the Chernobyl NPP, and the Snake Island are returning home.

Over the last week, we managed to get 98 🇺🇦 back. Thanks to Coordinating Staff on the Treatment of Prisoners of War. pic.twitter.com/ON9bCYylUv

This follows an earlier Thursday exchange where Russia and Ukraine each released 50 prisoners, officials in both Kyiv and Moscow said.

Yermak said on the Telegram messaging app that national war heroes were included in this exchange as well.

“We have managed to bring back 19 defenders of Mariupol … as well as 15 prisoners (of war) from the Chornobyl nuclear power plant and seven from Zmiiny Island,” Yermak said.

Over 1,000 prisoners of war have been swapped between Kyiv and Moscow so far since the latter first launched their invasion on Feb. 24.

This week’s prisoner exchanges are a bright spot for Ukrainians who are literally struggling with darkness as disruptions in the power grid continue to impact millions after crippling Russian airstrikes.

In particular, those in and around Kyiv are facing disruptions to their electricity and central heating even as the temperature drops below freezing and snow falls this weekend. The cold creates a difficult problem for Ukrainians and the crews working to fix damaged power facilities.

Grid operator Ukrenergo said on Sunday that the cold weather increased the energy needs of consumers, yet repair workers are not able to resume full power supply after the latest Russian strikes on Wednesday. This means they must keep the rolling blackout policy in place to conserve energy.

“The consumption restriction regime is still in place due to a capacity deficit, which currently stands at around 20%,” Ukrenergo said on Telegram.

These restrictions impact 14 out of Ukraine’s 27 regions and impact more than 100,000 customers per affected region, Ukrainian President Volodymyr Zelenskyy said on Saturday.

“If consumption increases in the evening, the number of outages may increase,” Zelenskyy warned. “This once again shows how important it is now to save power and consume it rationally.”

The impact of the blackouts means that Kyiv residents are only guaranteed four hours of power per day, according to Sergey Kovalenko, the chief operating officer of Kyiv energy provider YASNO.

Freezing temperatures are expected to continue throughout this week.

Zelenskyy has accused Russia of resorting to “genocidal” tactics to break Ukraine.

“Once they wanted to destroy us with hunger, now – with darkness and cold. We cannot be broken,” Zelenskyy said.

On Saturday, Ukraine and allied nations announced a plan that will export the equivalent of $150 million of grain to the most food-vulnerable countries.

The initiative comes after Russia accused the nation of failing to export grain to these countries under the U.N.-brokered Black Sea grain deal.

Zelenskyy said that a commitment to global food security was “not just empty words” for Ukraine.

After raising $150 million from the European Union, Ukraine plans to send “at least 60 vessels” to countries like Ethiopia, Sudan, South Sudan, Somalia, Yemen, and others that “most face the threat of famine and drought.”

Because Ukraine is a major grain supplier that could not export grain because of a Russian blockade around the ports, European Union leaders and Kyiv said that there had been 10 million tons fewer agricultural products globally than during the same period in 2021.

“This means that the food security of millions of people around the world is seriously threatened,” a joint statement stated. “We are convinced that we will jointly overcome the grave humanitarian and economic consequences of the global food crisis caused by Russia’s aggressive war against Ukraine.”