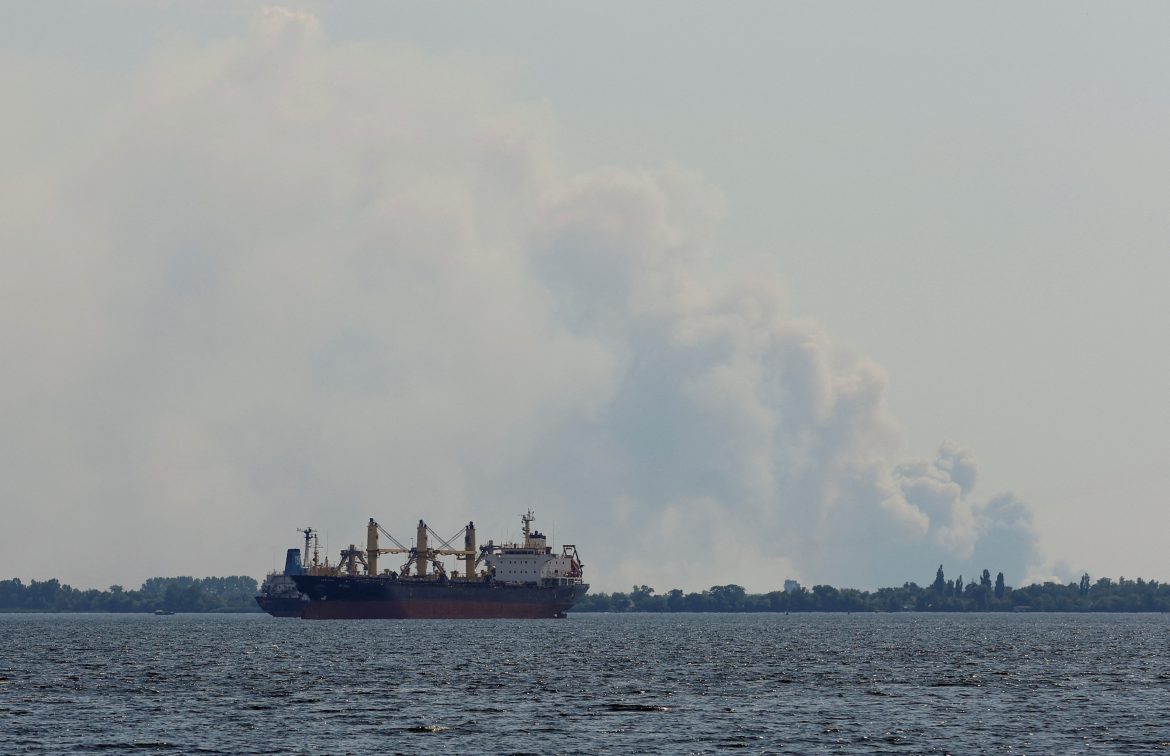 A reported increase in fighting on the southern front line, coupled with Ukraine’s claim of new attacks on Russian positions, are fueling speculation that Kyiv has begun a much-anticipated counteroffensive in an effort to turn the tide of war in its favor.

A U.S. Defense Department official said Monday that Ukraine’s government reported the launch of an offensive aimed at retaking Kherson in the south, a major economic hub of the Black Sea captured by Russia shortly after its invasion. Meanwhile, a senior U.S. military official noted “an increase in kinetic activity in and around” Kherson, though he stopped short of calling it a counteroffensive.

The official, who spoke on condition of anonymity, said “more clarity” would be forthcoming over “the next 24 to 36 hours.” He also reported that “Ukrainian forces have been positioning themselves in the region for some time,” and said that the ratio of Ukrainian and Russian troops in the area “are in much better number in terms of equality or parity in the south than they were initially up along the eastern portion of the battlespace.”

The official praised Ukraine’s forces as “students of military doctrine.”

“They understand that conducting an attack takes a greater number of forces than if you were on the defense. So, I think they probably have worked to adjust their numbers.”

The British defense ministry said in an intelligence report that, as of early Monday, “several brigades of the Ukrainian Armed Forces increased the weight of artillery fires in front line sectors across southern Ukraine.”

The report focused on possible damages Ukraine has inflicted on Russian positions around Kherson.

Russian authorities at the occupied Zaporizhzhia nuclear power station have once again accused Ukrainian forces of sending missiles near the plant as the world fears a looming nuclear disaster.

The accusations come a day after the United Nations’ International Atomic Energy Agency announced plans to visit the site later this week.

Russian-appointed Zaporizhzhia regional official Vladimir Rogov wrote on Telegram that the alleged attack is indicative of a “deliberate intention of the Kyiv leadership to disrupt the IAEA mission,” Reuters reported.

Rogov said two shells had exploded near a spent fuel storage building at the plant, though the report has not been verified by the news outlet.

The Kremlin on Tuesday fired back at a group of European Union members, including Brussels, that have called for a ban on Russian visas, calling the proposal “irrational” and an example of the West’s anti-Russian agenda.

“Step by step, unfortunately, both Brussels and individual European capitals are demonstrating an absolute lack of reason,” Kremlin spokesman Dmitry Peskov told reporters Tuesday, as reported by Reuters. He described the proposed ban as something “bordering on insanity”

The remarks come as the EU prepares to hold a meeting in Prague this week to discuss calls from Eastern and Nordic members to bar Russian tourists from obtaining visas to travel to the EU’s free-movement Schengen zone comprised of 26 nations.

“Of course, such decisions cannot go unanswered,” Peskov said, without elaborating further as to how Moscow might respond.

EU powerhouses France and Germany, however, expressed opposition to the proposal in a joint memo reviewed by Reuters, saying such a move would be counterproductive.

Fears of a global food crisis are slowly receding under a U.N.-brokered deal to ship grain and other agricultural products out of Ukraine’s Black Sea ports held up for months by Russian blockades. Kyiv’s infrastructure ministry reported on Tuesday that approximately 1.5 million tons of food have been shipped out of Ukraine thus far under the July agreement.

Ukraine’s Agriculture Minister Mykola Solsky told Reuters on Monday that the country’s agricultural exports could rise to 6 million-6.5 million tons by October, double the volume in July, as its ports continue to reopen.