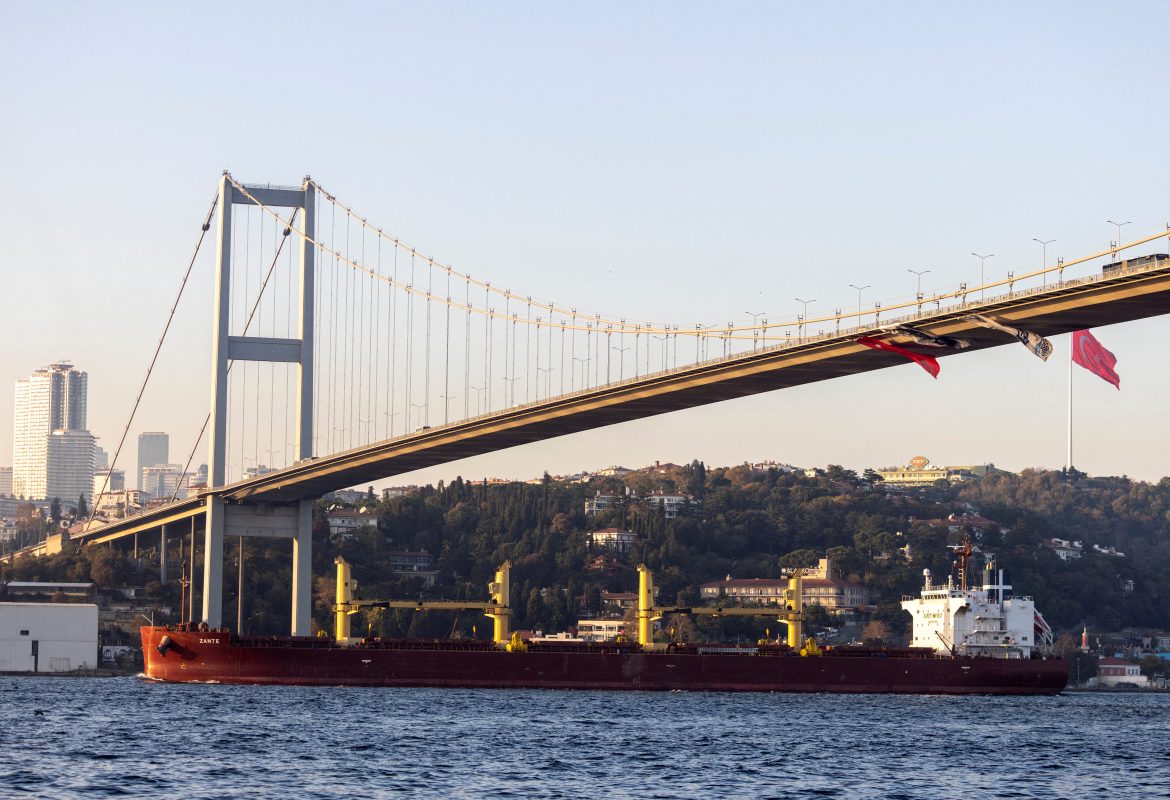 Moscow reneged on the deal last weekend after accusing Ukraine of a drone strike on one of its Black Sea fleet vessels while it was within the bounds of the safety corridor established by the deal.

Russia’s defense ministry said it received guarantees from Ukraine that it would not conduct military operations against Russia along the grain corridor. However, Ukraine made it clear that it gave Russia nothing beyond the terms of the original Black Sea Grains Initiative.

“Recall that within this agreement (in July) the parties committed to guarantee a safe and reliable functioning environment for the grain corridor,” Ukrainian Foreign Ministry spokesman Oleg Nikolenko said, according to Reuters. “Ukraine has never put a grain route in danger,” he added.

Nikolenko thanked U.N. Secretary-General Antonio Guterres and Turkish President Recep Tayyip Erdogan for their role in negotiating the restoration of the agreement, saying that “they found words that (Russian President Vladimir) Putin understood. It was a position of strength, not a deed.”

The U.S. has accused North Korea’s government of covertly funneling “thousands” of artillery shells to aid Russia in its war in Ukraine.

National Security Council coordinator for strategic communications, John Kirby, told a virtual press briefing on Wednesday that Pyongyang may be masking the movement of weapons through countries in the Middle East and North Africa thought to be transfer points, Reuters reported. He did not elaborate with specificity as to the location of the transfer points but said, “We do have a sense of where they’re going,” adding that the U.S.  would “continue to look at what our options are.”

Kirby said that while the number of munitions supplied by North Korea is “significant,” it falls short of having an appreciable impact on the war’s trajectory.

British Ambassador Deborah Bronnert spent roughly 30 minutes inside Russia’s foreign ministry office Thursday morning after a summons from the Kremlin over accusations that British navy personnel were involved in an alleged Ukrainian drone attack on Russia’s Black Sea Fleet in Crimea that temporarily scuttled a critical grain export deal. Britain has dismissed the accusations as false.

Bronnert’s arrival was met with shouts of anti-British slogans from a crowd in front of the ministry building, with demonstrators displaying signs reading “Britain is a terrorist state.”

There was no immediate statement from either Britain or Russia following the meeting.

Ukraine’s Russian-occupied Zaporizhzhia nuclear power station was operating on all 20 emergency backup diesel generators on Thursday after being disconnected from the Ukrainian power grid as a result of Russian shelling, Ukrainian nuclear energy company Energoatom said on Thursday. Russia’s ultimate goal, it said, is to connect the plant to its own grid.

The plant was left Thursday with only 15 days’ worth of fuel to run the generators. Energoatom said that, although the site’s six reactors remain shut down following previous strikes that caused extensive damage, they still require a constant supply of electricity to cool nuclear fuel and prevent a catastrophic radiation leak.

“Yesterday … the Zaporizhzhia NPP’s (nuclear power plant’s) last two high-voltage lines connecting it to Ukrainian power system were damaged. At 11:04 p.m., the station went into full blackout mode. All 20 diesel generators were switched on,” Emergoatom said in a statement on the Telegram messaging app.

“In the near future, they (Russia) will try to repair and connect the communication lines of the ZNPP in the direction of temporarily occupied Crimea and Donbas,” the statement continued.

The Zaporizhzhia plant, which is Europe’s largest nuclear power station, provided around a fifth of Ukraine’s electricity before Russia’s Feb. 24 invasion. It has been under near-constant threat for months. The U.N.’s nuclear watchdog group continues pushing for the establishment of a demilitarized zone around the site to protect the plant from further shelling.

Biden vilifies Republicans as threats to democracy in unscheduled speech