Ukraine update: Bloody battle for Soledar rages on, casualties mount on both sides 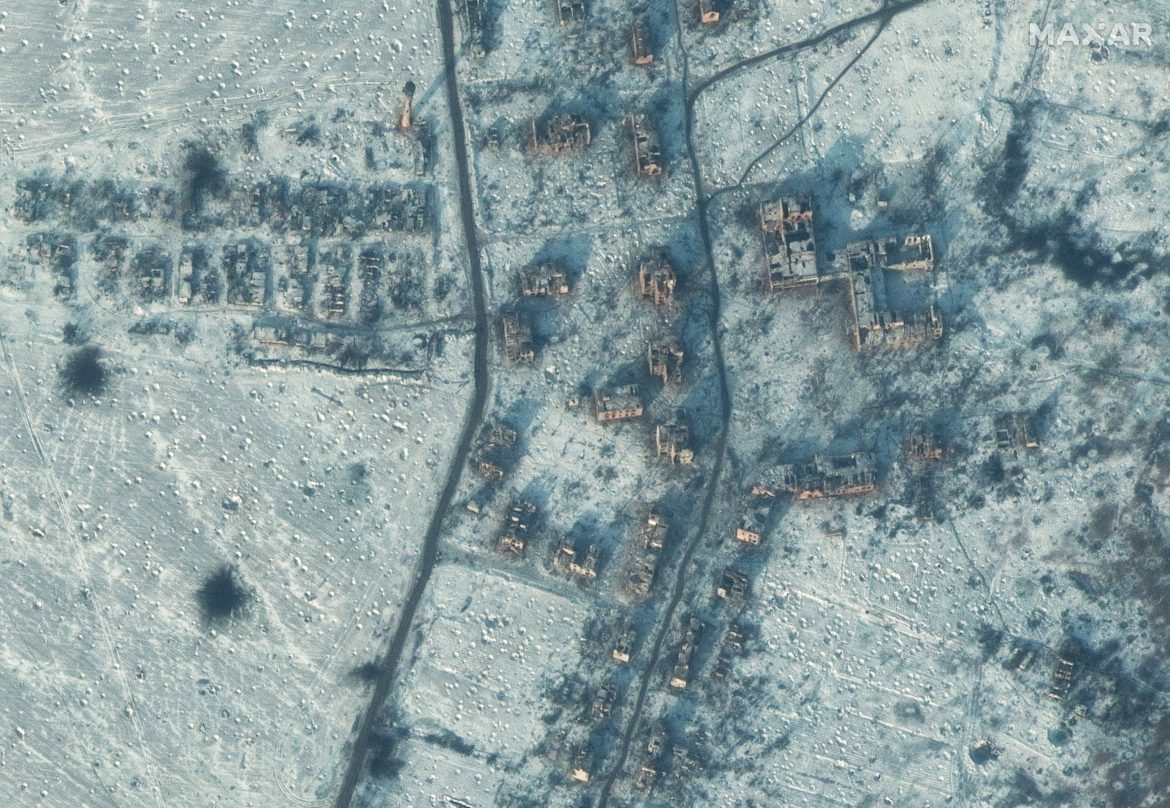 Kyiv’s forces on Thursday were still clinging to their tenuous control of Soledar as Moscow again claimed that its forces are on the cusp of breaking through the frontlines in the bloody battle that has yielded heavy casualties on both sides.

Ukraine’s Donetsk Gov. Pavlo Kyrylenko said in televised remarks that more than 100 Russian troops have been killed in the past 24 hours in the battle for the salt-mining town in Ukraine’s east near the strategic city of Bakhmut, The Associated Press reported on Thursday.

“The Russians have literally marched on the bodies of their own soldiers, burning everything on their way,” Kyrylenko said, adding that Russian forces had shelled a dozen towns and villages in the region in the past day.

With a prewar population of 10,000, Kyrylenko said that 559 civilians still remain in Soledar, including 15 children, and could not be evacuated amid the ongoing fighting. Ukraine’s President Zelenkyy said on Tuesday that not a “single wall” remains intact in the city.

Ukraine’s Deputy Defence Minister Hanna Malyar echoed Kyrylenko’s remarks on Russian casualties, telling a briefing on Thursday that Moscow’s forces were “moving over their own corpses,” according to Reuters.

Malyar noted that Russia had increased the number of its units in Ukraine from 250 to 280 in the past week as it seeks to regain its footing in the conflict.

Russian forces are using mortars and rockets to relentlessly bombard Soledar in its quest to deliver a military breakthrough for the Kremlin.

“At the moment, there are still some small pockets of resistance in Soledar,” Andrei Bayevsky, a Russian-installed local politician, said in an online broadcast.

The capture of Soledar would open up a pathway for Russia to conquer other Ukrainian-controlled areas of the Donetsk province, including Bakhmut.

Moscow named Donetsk and neighboring Luhansk province, which together comprise the Donbas region bordering Russia, as its primary territorial targets in its Feb. 24 invasion.

The fierce battle over Soledar has been marked by World War One-style trench warfare. Ukraine’s Defense Ministry on Thursday posted a video to Twitter showing a Kyiv fighter sitting in the dirt of a deep and narrow trench eating breakfast, along with the caption: “Condensed milk and bread. The cornerstone of any nutritious breakfast.”

Russia’s Defense Ministry demoted the commander of its forces in Ukraine Wednesday in an apparent acknowledgment of battlefield setbacks in the face of the fierce Ukrainian opposition. Gen. Sergei Surovikin, who had been on the job for only three months, was demoted to deputy. He will be replaced by Gen Valery Gerasimov, the Kremlin’s top military officer.

The promotion of Gerasimov is not without controversy.

“The move is likely to be greeted with extreme displeasure by much of the Russian ultra-nationalist and military blogger community, who have increasingly blamed Gerasimov for the poor execution of the war,” Britain’s Ministry of Defense said in its daily assessment of the war on Wednesday.

A prominent Russian military blogger, who goes by the name of Rybar, said on the Telegram messaging app that the Kremlin was using Surovikin as a scapegoat for its military failures.

A Ukrainian Soledar fighter is recovering after a surgeon risked his own life to remove a live, unexploded grenade from the soldier’s chest on Tuesday, Britain’s BBC News reported.

Ukraine’s armed forces posted before and after photos on Facebook showing an X-ray of the explosive close to the servicemember’s heart, and another of the surgeon holding the blood-soaked grenade in his hand.

Two soldiers helped to oversee the operation to ensure it was carried out safely, according to the post, which suggests that the surgery was conducted in a battlefield zone.

The surgery had to be performed without the use of electrocoagulation — a common method used to staunch bleeding during surgery — because the “ammunition could detonate at any time,” according to the report.

The grenade, a VOG, is designed to explode just above the ground.

FAA shutdown a result of lagging to modernize computer operations