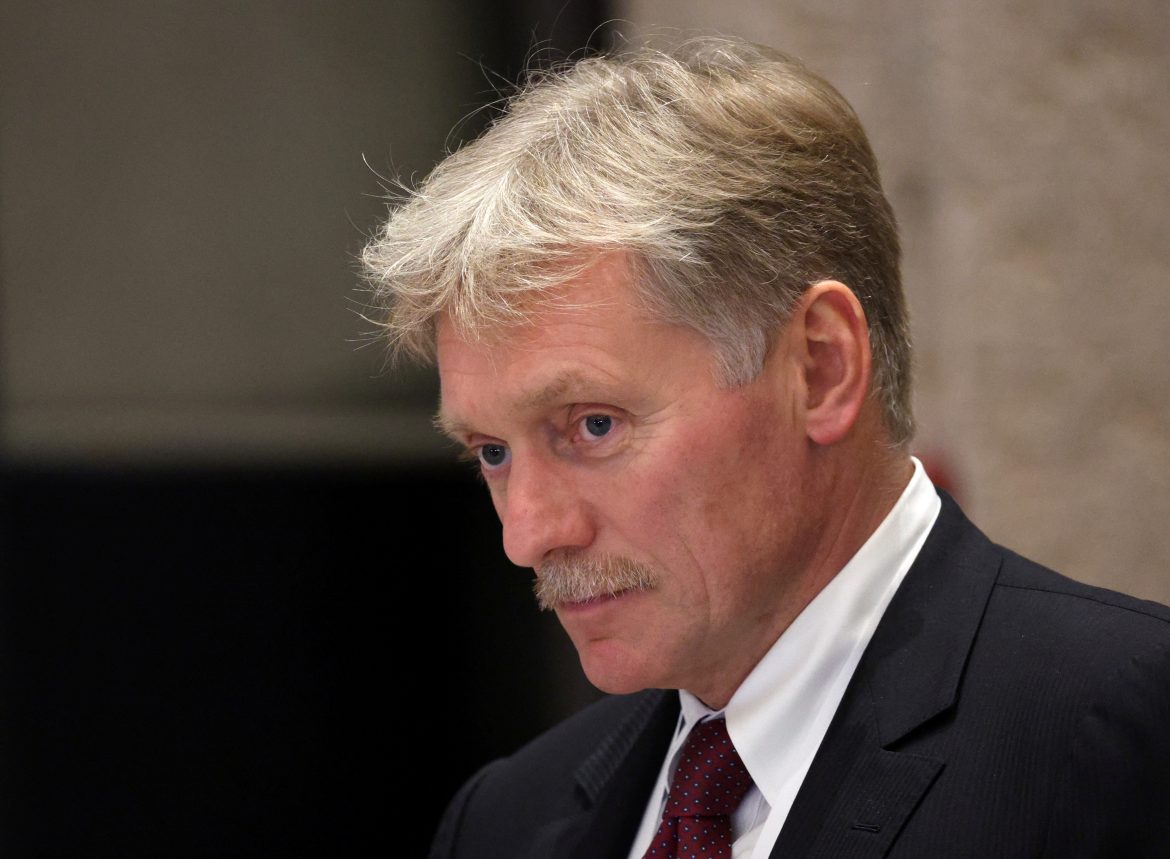 The Journal on Saturday cited unnamed U.S. officials who said that National Security Advisor Jake Sullivan had spoken with aides to Russian President Vladimir Putin in an effort to prevent further escalation in the war, including the possibility of nuclear conflict.

“We have nothing to say about this publication,” Peskov told reporters. “Once again I repeat that there are some truthful reports, but for the most part there are reports that are pure speculation,” he continued, suggesting that reporters seeking information should contact the White House.

Peskov added that, while Moscow remains “open” to talks, Kyiv’s refusal to discuss a resolution to the conflict has shut off communication lines.

Ukrainian President Volodymyr Zelenskyy, along with other Kyiv officials, have asserted that no discussions will take place until such time as every Russian is driven out of the country and Putin is removed from power.

On the same day the Journal article was published, The Washington Post reported that U.S. officials pressed Kyiv to reassure Western allies that the war would not continue in perpetuity in an effort to maintain critical but waning support for Ukraine in the conflict now dragging into its ninth month. Russia’s Feb. 24 invasion has caused major disruptions in food and fuel supplies that have significantly hurt the economies of countries in Europe, Latin America, and Africa.

Few high-level contacts between U.S. and Russian officials have been made public in recent months. Publicly, Washington has insisted that any talks on ending the war in Ukraine must be exclusively between Moscow and Kyiv.

Washington so far has not commented on either report. Sullivan pledged “unwavering and unflinching” support for Ukraine during a visit to Kyiv on Friday.

Over 4.5 million Kyiv residents were without power Monday as the result of ongoing missile and drone attacks on infrastructure by Moscow’s forces, according to city Mayor Vitali Klitschko, The Associated Press reported. Klitschko advised residents to “consider everything,” including a total loss of power and water in the capital, and further urged them to prepare for a possible temporary evacuation.

“His task is for us to die, to freeze, or to make us flee our land so that he can have it. That’s what the aggressor wants to achieve,” Klitschko said, referring to Russian President Vladimir Putin.

President Zelenskyy on Sunday said that Russia was “concentrating forces and means for a possible repetition of mass attacks on our infrastructure,” adding that Moscow’s primary target is Ukraine’s energy.  He also said that Russia continued to suffer major losses in “fierce” attacks in Ukraine’s eastern Donetsk region.

Moscow, meanwhile, blamed Kyiv for the destruction of power lines that cut off supply to the city of Beryslav in the Kherson region, where military forces from both sides remain dug into their respective positions in preparation for a looming and consequential battle over the Russian-occupied territory.

In the South, Russian news agencies on Saturday reported that shelling by Ukraine’s forces damaged the Russian-held Nova Kakhovka dam on the Dnipro River, though no corroborating evidence was provided. Kremlin state-owned TASS news agency said the dam’s lock was damaged after it was struck by a rocket launched from a U.S.-made HIMARS missile system.

The official called the incident an “attempt to create the conditions for a humanitarian catastrophe” by breaching the dam.

Study: almost 33% of Americans over 65 have impaired cognition, education level is underlying factor