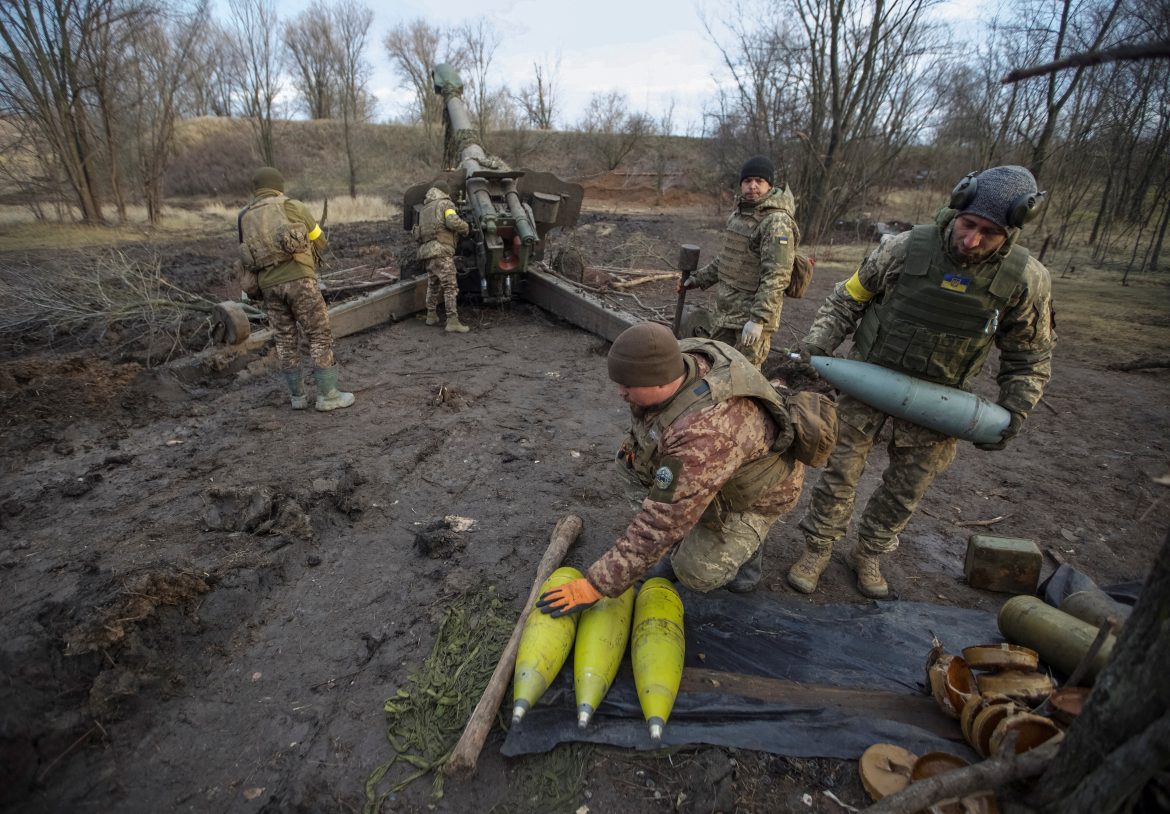 Moscow targeted Kyiv with multiple exploding drones in another nighttime attack, Ukrainian officials said, showing that the Kremlin has no plans to alter its strategy of attacking Ukraine’s infrastructure and weakening Ukrainian resistance as the Russian invasion enters its eleventh month.

Kyiv Mayor Vitali Klitschko said Monday that Moscow launched around 40 drones “headed for Kyiv” overnight and that all of them were destroyed, Reuters reported. Still, some energy infrastructure facilities were damaged, including in one city district that was rocked by an explosion, though it is unclear whether the blast was caused by drones or other munitions.  Klitschko said a 19-year-old man was hospitalized as a result of the explosion that prompted more emergency power outages.

The barrage followed a New Year’s Eve attack in the capital that killed four civilians.

“We are staying strong,” the Ukrainian defense ministry tweeted.

39 Shahed-136/131 drones
2 Orlan-10 drones
Kh-59 cruise missile
These are the targets successfully shot down by the Ukrainian Air Force last night.
We are staying strong.

In a separate update of Russian combat losses posted early Monday, the ministry claimed that more than 108,000 Kremlin personnel had been “eliminated” since the Feb. 24 invasion.

“Send these foul beasts into the abyss!” the ministry declared, quoting Gandalf from the Lord of the Rings.

Kyiv said the weekend attacks reflected Russia’s growing desperation as Ukraine has made significant strides in defending its air space with the help of Western-supplied systems.

“Now they are looking for routes and attempts to hit us somehow, but their terror tactics will not work. Our sky will turn into a shield,” Yarmak said.

Meanwhile, Kremlin officials acknowledged that a large number of Russian troops were killed in a strike on their living quarters and a nearby ammunition dump in the occupied eastern city of Makiivka in the Donetsk region without giving a specific number. Kyiv and Russian military bloggers both said hundreds of Russian troops died.

Video of the consequences of a strike on temporarily occupied Makiivka – Reuters.

Russian Ministry of Defense confirmed the strike of Ukrainian Army on the lodgings of Russian military in Makiivka. As of now it reported the death of 63 Russian soldiers. pic.twitter.com/NqCa5AYS3l

Daniil Bezsonov, a senior Russian-installed official in the Donetsk region said the troop dormitory had endured a “massive blow” from U.S.-made rockets on New Year’s Eve just after midnight.

“There were dead and wounded, the exact number is still unknown,” Bezsonov said on the Telegram messaging app. “The building itself was badly damaged.”

Russia’s TASS state news agency said at least 15 people were injured, but Ukraine’s defense ministry said as many as 400 Russians were killed there “as a result of ‘careless handling of heating devices.'”

ZELENSKYY, PUTIN SHOW NO SIGNS OF BACKING DOWN

President Zelenskyy delivered a rousing New Year’s Eve address to his nation in which the leader said that his only wish for Ukrainians in 2023 was for victory as he doubled down on his resolve to press ahead with his goal of the complete liberation from Russian occupiers.

“This year has struck our hearts. We’ve cried out all the tears. We’ve shouted all the prayers,” Zelenskyy said. He thanked Ukrainian citizens and soldiers for their bravery in the face of terror, recounting a story of one Ukrainian woman who threw a can of vegetables at a Russian drone.

“We fight and will continue to fight. For the sake of the key word: ‘victory,’” Zelenskyy declared.

His address came on the same night that 140 Ukrainians were freed from Russian captivity in a prisoner swap, Ukraine’s presidential office head Andriy Yarmak said. Wounded Ukrainian defenders of Mariupol and Snake Island were among the returned captors.

140 people have been returned by Ukraine from Russian captivity, Head of the Presidential Office Andriy Yermak informed

Among them are the wounded, defenders of Mariupol and Zmiinyi Island,volunteers of the Territorial Defense from Slavutych and servicemen from Bakhmut direction pic.twitter.com/NcXEeBzmf5

“The main thing is the fate of Russia,” Putin said, flanked by several Kremlin military members in uniform.

The Kremlin leader said that 2022 was “a year of difficult, necessary decisions” while sticking to his claims that he had no choice but to invade Ukraine in order to protect Russian security. Putin pledged victory over Ukrainian “neo-Nazis” and the West’s alleged goal of “destroying Russia.”

“Defense of the fatherland is our sacred duty to our ancestors and descendants. Moral, historical righteousness is on our side,” he declared.

US cuts off Burkina Faso from Africa duty-free trade program