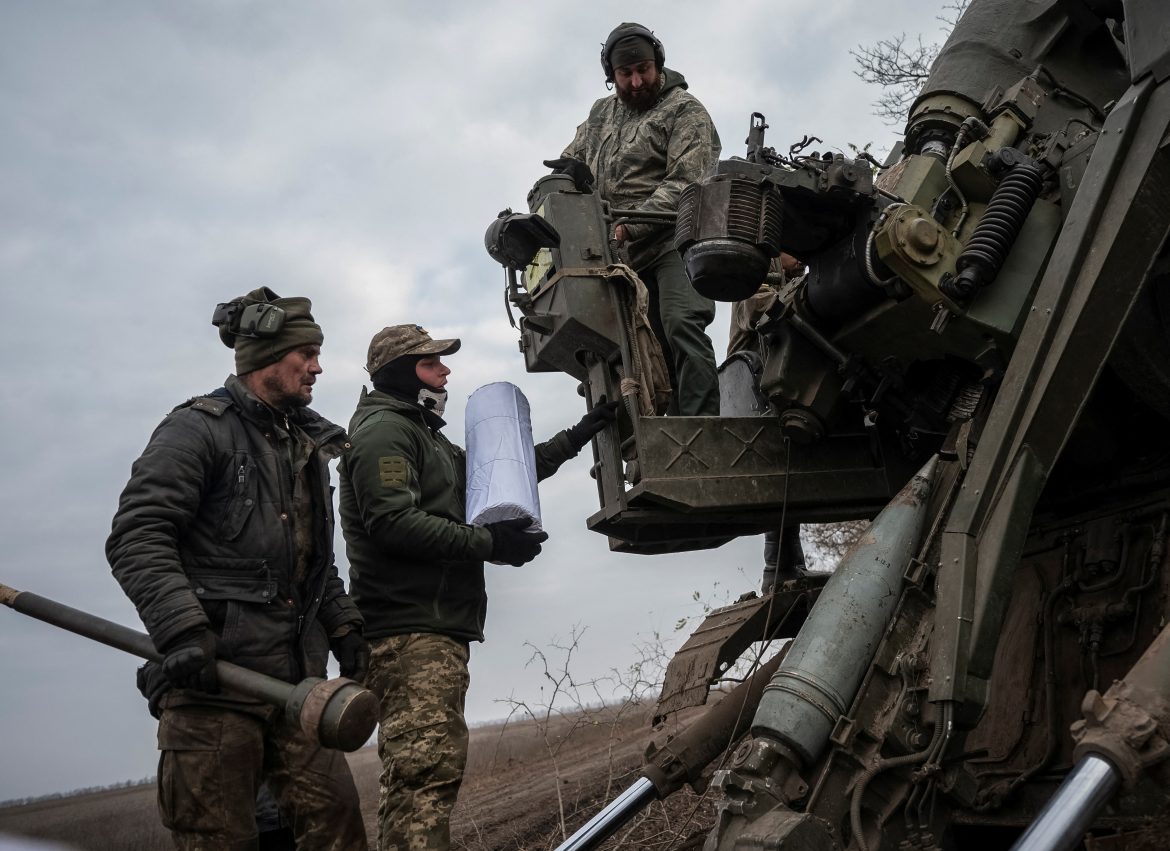 Ukraine’s months-long counteroffensive to retake Kherson, one of four regions in Ukraine that Russia annexed in September, appears to have come to a head, with its forces on the cusp of a breathtaking battlefield victory in the nearly nine-month war.

Kyiv’s intelligence agency announced that its troops were advancing in the Russian-occupied territory in Ukraine’s south that was captured by Russian forces in March, Reuters reported on Friday.

Kherson, the agency said, was coming back under Kyiv’s control.

The Main Intelligence Directorate of the Ukrainian Defense Ministry called on any Russian troops that still remained to surrender immediately.

The report came as Russia’s defense ministry announced that its forces had completed their withdrawal from the strategic gateway to the Crimean Peninsula in what few besides the Kremlin would argue is a crushing and consequential blow to President Vladimir Putin.

Kyiv officials said Friday that Ukrainian flags were being hoisted “en masse and all over the place” in the wake of Russia’s retreat.

The stunning developments appear to contradict Ukraine’s report on Thursday that thousands of Russian troops remained on the west banks of the Dnipro River and warnings that the Russian withdrawal announced two days prior was a trap.

The Kremlin on Friday sought to downplay its battlefield capitulation, insisting that its retreat has in no way diminished or deterred its military goals and operations.

Ukraine’s pre-war control of Kherson allowed it to cut off vital fresh water to Crimea via the Dnieper River, something Kyiv had taken advantage of ever since Russia annexed the peninsula in 2014. Putin cited the need to restore the water supplies as a chief reason for the Feb. 24 invasion.

The loss of Kherson to Russian forces in March was a devastating blow to Ukraine. Since then, Ukrainian resistance fighters have been engaging in ongoing acts of sabotage and assassinations of Russian-installed officials, according to The Associated Press.

“It will all have to be reconstructed,” Khlan said Friday at a video briefing. “While fleeing, they were blowing up everything, everything that could deter the (Ukrainian) advance.”

Khlan advised local residents to remain in their homes, noting that the humanitarian situation was further complicated by the loss of power supplies resulting in communication limitations.

FISM reported on Thursday that Ukrainian presidential advisor Mykhail Podolyak warned that retreating Russian troops were likely to attempt to cause as much destruction as possible on their way out of Kherson in an effort to turn it into a “city of death.”

President Volodymyr Zelenskyy said in his nightly video address that Ukrainian forces had liberated 41 settlements as they advanced through the south, without specifically naming them. Ukraine’s general staff was equally tight-lipped about the latest movements of its forces, saying on Friday that “Offensive actions in the specified direction continue. Due to the safety of the operation, the official announcement of the results will be made later.”

In another development on Friday, 45 Ukrainian soldiers were freed and the bodies of two deceased fighters were expatriated in the latest prisoner exchange with Russia, according to a spokesperson for Ukraine’s presidential office.

The official, Andriy Yermak, did not provide the names or any other details about the Russians freed in the swap. He did, however, publish a photo of the newly liberated Ukrainian soldiers, who displayed broad smiles and thumbs-up signs for the camera.

The prisoner exchange was the latest in a series since Russia’s Feb. 24 invasion of Ukraine.