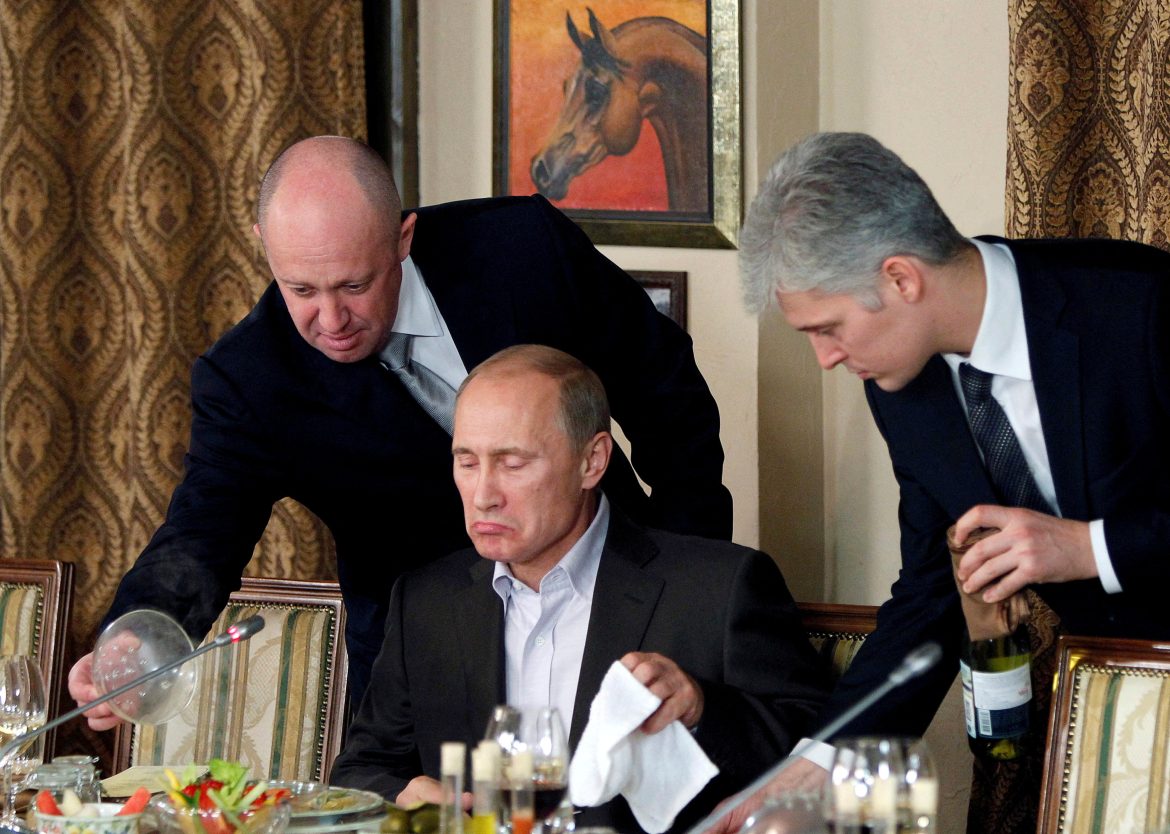 Kyiv’s military said on Friday that its forces were still holding out in Soledar after a “hot” night of fighting for control of the eastern salt mining town in what Reuters described as “one of the bloodiest battlefields of the entire war” to date.

Moscow continues to send in “wave after wave” of soldiers who are forced to trample over the corpses of their comrades in order to reach their positions, according to Ukrainian officials.

“The enemy threw almost all the main forces in the direction of Donetsk and maintains a high intensity of offensive. Our fighters are bravely trying to maintain the defense,” Maylar said, referring to the Donetsk region which includes Soledar.

“This is a difficult phase of the war, but we will win. There is no doubt.”

Ukrainian President Volodymyr Zelenskyy in a Thursday night video address thanked two units in Soledar he said were “holding their positions and inflicting significant losses on the enemy.”

With a prewar population of 10,000, Soledar has been transformed into an apocalyptic wasteland, like so many other cities, towns, and villages in Ukraine since Russia invaded its neighbor 11 months ago. Over 500 civilians, including more than a dozen children, remain trapped in Soledar.

Just outside of Soledar, Ukrainian forces remain dug into “well-fortified” trenches, according to Reuters.

“The situation is difficult but stable. We’re holding back the enemy … we’re fighting back,” a Ukrainian fighter told Reuters, embodying the country’s unwavering resolve to defeat the Russians that has transformed Moscow’s “special military operation” into a grinding war of attrition.

US TO SEND MORE MILITARY AID TO UKRAINE

U.S. National Security Council spokesman John Kirby told reporters at the White House Thursday that a Russian victory in Soledar, or even in nearby Bakhmut — a much larger city where Russians have so far been repelled — would have little impact on the overall trajectory of the war.

“Even if both Bakhmut and Soledar fall to the Russians, it’s not going to have a strategic impact on the war itself, and it certainly isn’t going to stop the Ukrainians or slow them down,” Kirby said. He noted that Russia’s mercenary Wagner group, led by Yevgeny Prigozhin, has been heavily involved in the ground fighting there, which Kirby described as “vicious.”

“And that’s why, going into the winter, knowing that the fighting isn’t slowing down there, that we have been so focused on providing additional security assistance to Ukraine. Just last week, [White House press secretary Karine Jean-Pierre] announced for you, you know, nearly $3 billion worth of systems. And there will be more coming,” Kirby said.

Responding to a question about whether recent commitments by the U.K. and Poland to send tanks into Ukraine might “work against” President Biden’s desire to avoid an escalation in the war, in terms of the direct involvement of NATO countries, Kirby said: “The President fully supports those decisions.  And those are sovereign decisions that those nations make about this kind of security assistance they provide.”

Poland has promised to send German-made Leopard tanks as part of a Western coalition. However, it would first need permission from Berlin, which has been reluctant to grant it but recently signaled a willingness to allow it as part of a coordinated aid plan.

Meanwhile, France announced Friday that it hopes to deliver AMX 10-RC tanks to Ukraine within the next two months.

The Pentagon announced last week that it would begin training Ukrainian soldiers on the use of the U.S.-provided Patriot missile defense system in Oklahoma as early as next week.

A Kremlin foreign ministry official said on Friday that Belarus may enter the conflict in Ukraine should Kyiv decide to “invade” either country. The statement came amid growing concerns expressed by Ukraine and the West that Russia may be planning to launch a new offensive on Ukraine from the north. Russia used Belarus as a springboard to invade Ukraine in February and deployed troops there in October for joint military drills.

“From a legal point of view, the use of military force by the Kyiv regime or the invasion of the territory of Belarus or Russia by the armed forces of Ukraine are sufficient grounds for a collective response,” Russian foreign ministry official Aleksey Polishchuk told Moscow’s Tass news agency.

Ukrainian President Volodymyr Zelenskyy said on Wednesday that his country must “be ready” at its border with Belarus, but that he so far only saw “powerful statements” coming from its neighbor.

“We understand that apart from powerful statements, we do not see anything powerful there, but nevertheless we must be ready both at the border and in the regions,” he said.