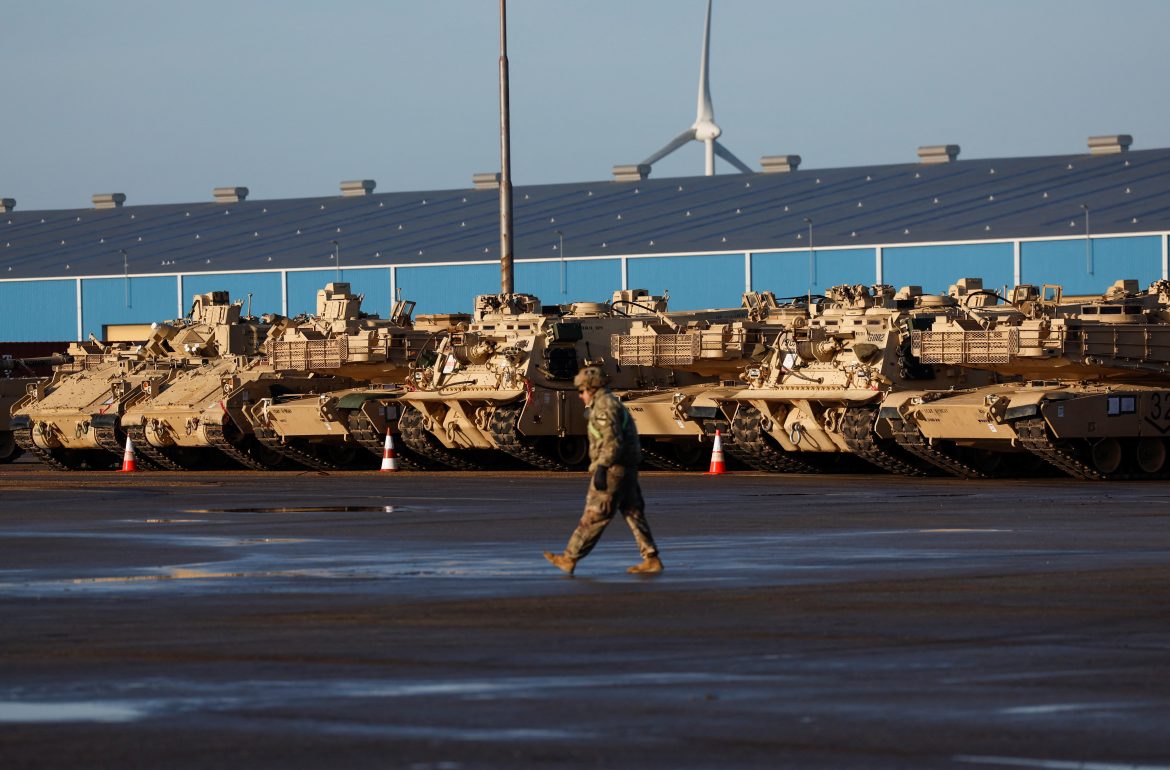 The Pentagon announced Tuesday that Ukrainian soldiers will be brought to the U.S. to begin training on the use of the Patriot missile defense system promised to Kyiv last month.

“The training will prepare approximately 90 to 100 Ukrainian soldiers to operate, maintain and sustain the defensive system over a training course expected to last several months.”

Ryder said that the training is part of the “broader effort by the United States and the international community to provide Ukraine with the air defense capabilities that it needs to defend its population and its armed forces” against Russia’s increased aerial attacks on Ukrainian energy and infrastructure.

“The Patriot will contribute to the air defense capabilities that Ukraine already has,” he continued, noting that the advanced system will enable Kyiv’s forces “to take down … ballistic missiles, adversary aircraft; [it’s] really up to them on how they employ it,” Ryder said.

Ukraine’s military on Wednesday denied Russia’s claim that its forces had taken control of Soledar in eastern Ukraine, the site of an intense and bloody battle dominated by trench warfare and heavy casualties on both sides.

Serhiy Cherevatyi, spokesperson for the eastern military command, told Ukrainian television that Kyiv’s forces have prevented the Russians from breaking through the front lines, Reuters reported.

“The town is not under the control of the Russian Federation,” he said in response to a claim made Wednesday by Russia’s mercenary Wagner Group fighters that they had overtaken Ukrainian forces and that Soledar was fully under Moscow’s control.

“There are fierce battles going on now. There is a complicated situation there,” he said. Cherevatyi explained that Russian forces were still using Soviet-era weapons and armored vehicles with some modern updates but stressed that “Our partners are providing us with more modern weapons” which are more precise and have given Ukraine an advantage.

Kremlin spokesman Dmitry Peskov appeared to downplay the claim. Asked about the situation on the ground during a telephone briefing with reporters, Dmitry Peskov replied: “Let’s not rush, let’s wait for official statements. There is a positive dynamic in progress.” Peskov said that Russian forces had achieved a strong momentum but also acknowledged heavy casualties.

“Although tactical successes are also very important, they come at a high price, at the cost of the fantastic heroism of our fighters, and therefore this is another reason to be proud of our guys on the spot who spare neither life nor health to give us these tactical successes,” he said.

Peskov reiterated previous assertions that President Vladimir Putin remains open to talks on the war in Ukraine, now approaching the end of its 11th month, and that Russia would prefer to achieve its goals by political and diplomatic means. He again claimed that the prospect of talks is impossible, however, given the positions of Ukraine and the West.

Kyiv and Washington have dismissed Russia’s assertions that Putin is willing to negotiate a ceasefire, saying that his actions show that he is not serious about talks and that the claims are, most likely, a ploy to give Moscow time to regroup following a string of humiliating battlefield defeats.

US TANKS ARRIVE IN NETHERLANDS EN ROUTE TO POLAND, LITHUANIA

U.S. army tanks and military vehicles arrived at the Dutch port of Vlissingen on Wednesday before heading to Poland and Lithuania, both of which share a border with Russia, as part of efforts to shore up NATO’s eastern flank.

“There’s about 1,250 pieces of military equipment coming into this port,” Col. Robert Kellam, who is overseeing the operation on the U.S. side, told Reuters.

The equipment includes M-1 Abrams tanks and Bradley Fighting Vehicles. The vehicles will remain at the port for an unspecified period, under the guard of Dutch armed forces, before continuing east.

“In particular, the parties discussed the operational situation on the border with the Republic of Belarus. In addition, information was provided on counter-subversive measures in the relevant territories,” a statement by the Ukrainian presidency read.

The U.K.’s Ministry of Defense said that Belarus’s defense ministry announced on Monday that it will conduct joint “Russian-Belarussian tactical flight” exercises from Jan. 16 to Feb. 1.

In its daily assessment of the War on Wednesday, British intelligence reported that as of Jan. 8, “amateur aircraft spotters noted the arrival of [a] total of 12 Mi-8 support helicopters and Mi-24 and Ka-52 attack helicopters” at Belarus’s Machulishchy Air Base, with some bearing ‘Z’ markings identifying them as Russian aircraft.

The Ministry said that, while Moscow “maintains a large number of forces in Belarus, they are mostly involved in training” and that the maneuvers are “unlikely to constitute a credible offensive force.