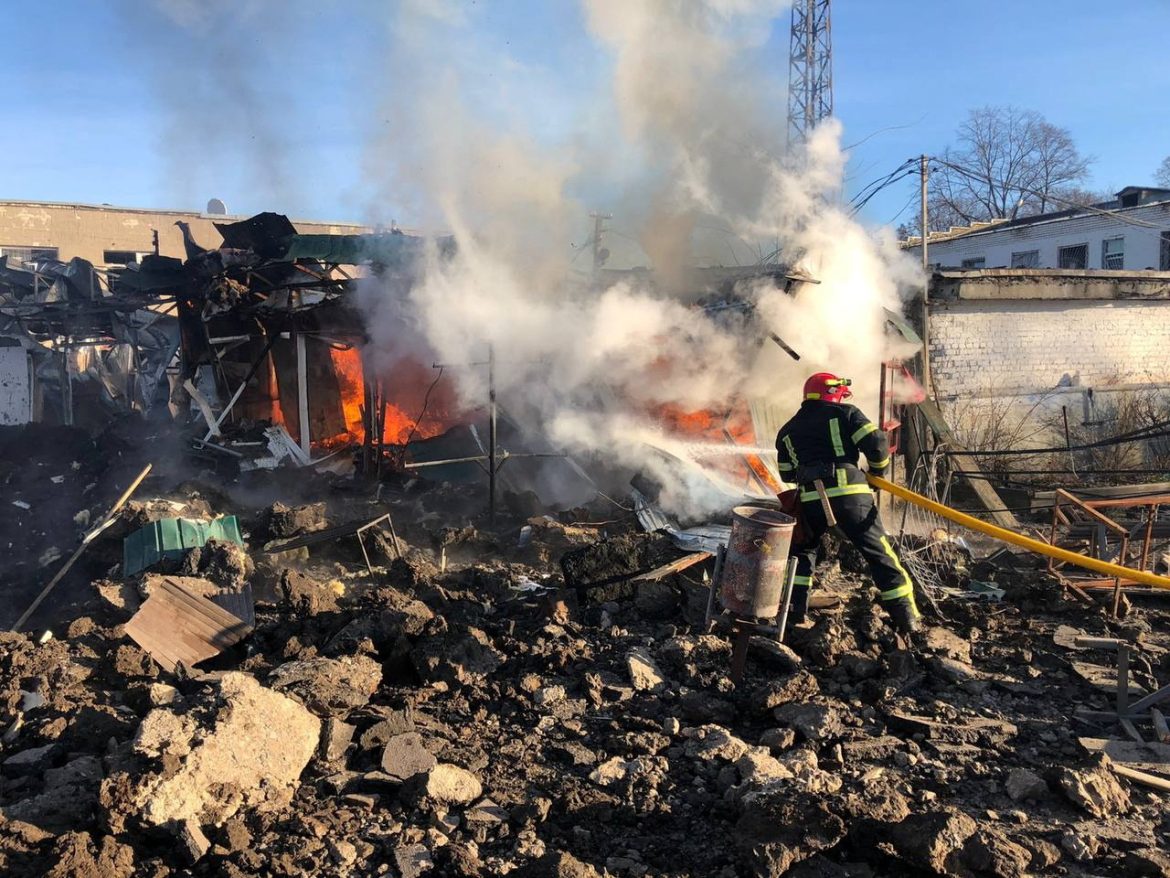 Ukraine said Monday that its forces continued to repel non-stop attacks in the eastern Donbas region overnight, where Russia’s notorious Wagner mercenary group launched strikes in and around the hard-hit Bakhmut region, particularly in the city of Soledar, Reuters reported.

“The enemy again made a desperate attempt to storm the city of Soledar from different directions and threw the most professional units of the Wagnerites into battle,” Ukraine‘s military said in a statement.

President Zelenskyy said in his nightly video address on Sunday that Ukraine’s military was still holding onto Bakhmut and Soledar in the face of widespread destruction following months of Russian attacks.

“Our soldiers are repelling constant Russian attempts to advance,” he said, adding that “things are very difficult” in Soledar.

“There are brutal and bloody battles there — 106 shellings in one day,” Serhiy Cherevaty, spokesman for Ukraine’s East Command, said on Ukrainian television.

“Our troops in Soledar have been allocated additional forces and means for this purpose and everything is being done to improve the operational situation there.”

Wagner Group founder Yevgeny Prigozhin, a Russian oligarch and Putin ally, said on Saturday that the organization’s chief interest in the region lies in a vast network of mines.

“It not only (has the ability to hold) a big group of people at a depth of 80-100 meters, but tanks and infantry fighting vehicles can also move about,” he said, according to the news service.

A U.S. official told Reuters that Prigozhin prizes the salt and gypsum mined there.

WOMAN KILLED, OTHERS WOUNDED IN MISSILE STRIKE ON KHARKIV MARKET

Fighting also raged on elsewhere in Ukraine over the weekend after Kyiv defied Moscow’s call for a temporary ceasefire to mark the Orthodox Church’s observance of Christmas. Ukraine’s President Zelenskyy dismissed the truce announced by Russian President Vladimir Putin last week as a “ploy” designed to give the Kremlin an opportunity to reinforce its troops.

Both sides accused the other of continuing hostilities throughout the period.

A 60-year-old woman was killed and several others were wounded in the northern region of Kharkiv following a Russian missile strike on a marketplace in the city of Shevchenkove, regional governor Oleh Synehubov reported.

“Common terrorists,” Ukraine’s presidential staff chief Andriy Yermak said of the Russians who carried out the attack in a post to the Telegram messaging app. Video posted to Twitter in the aftermath of the strike showed workers removing rubble around an unidentified person. It was not immediately apparent whether the victim was alive or dead.

Synehubov accused Russia of deliberately striking civilian targets “at the very time when Moscow was reporting a supposed ‘silence’ for its army,” referring to the aborted truce.

Moscow has repeatedly denied targeting civilians in the conflict now grinding into its 11th month.

Doubt surrounded Moscow’s claim Sunday that its forces killed 600 Ukrainian soldiers in the city of Kramatorsk northwest of Bakhmut in a missile strike. Serhiy Cherevatyi, a Ukrainian military spokesperson for the eastern region, denounced the report as a desperate attempt by Russia’s military to evince a forceful response to a deadly New Year’s Eve missile strikes on a Russian military barracks.

Moscow’s defense ministry last week acknowledged that nearly 90 of its troops were killed in the attack, though Ukraine said the number was closer to 400.

“This is an information operation of the Russian defense ministry,” Cherevatyi told Suspilne News of Moscow’s claim. Russia’s military has come under intense pressure to deliver a battlefield success following the Dec. 31 attack — the latest in a string of humiliating setbacks.

Reuters said that a team of its reporters visited the two Ukrainian barracks Russia claimed to have struck and found no obvious signs of deaths, injuries, or damage.

Prominent pro-war Russian military bloggers, who have called on Moscow to escalate the war, expressed skepticism over Moscow’s claim of mass Ukrainian casualties.

“Let’s talk about ‘fraud’,” a blogger with over half a million followers who uses the pseudonym “Military Informant,” wrote on the Telegram messaging app.

“It is not clear to us who, and for what reason, decided that 600 Ukrainian soldiers died inside, all at once, if the building was not actually hit (even the light remained on),” he continued, adding: “Instead of the real destruction of the enemy personnel, which would have been a worthy response, an exclusively media operation of retaliation was invented.”

Ukraine has also been accused of overstating Russian battlefield losses. Kyiv’s claim last week that two of its military strikes in the Kherson and Zaporizhzhia regions last week killed about 760 Russian troops could not be verified.