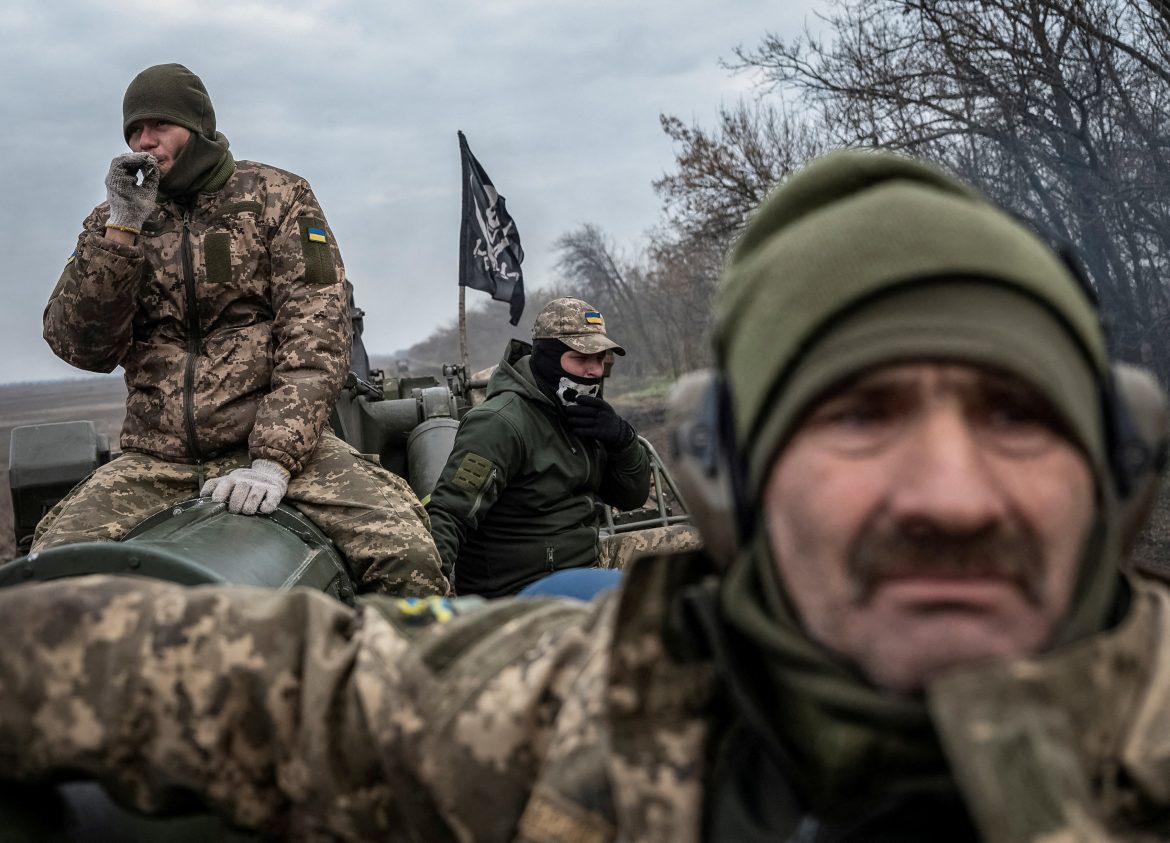 A dusting of snow, thick fog, and moments of eerie quiet fell over Ukrainian forces advancing in the south overnight after Moscow ordered a military retreat from Russian-controlled pockets along the banks of the Dnipro River. The sounds of artillery shelling seemed to come with less frequency and sounded, perhaps, further away than they had on the previous night.

Ukraine’s president and top military leaders remained skeptical Thursday after the Kremlin told its military to abandon their positions in Russian-held pockets in the Kherson region, Reuters reported. The pullout would represent either a humiliating defeat for Russian President Vladimir Putin or, as many Kyiv officials believe, a calculated effort to lure Ukrainian forces into an entrenched battle.

The region, which includes Kherson city, is a vital gateway to the Russian-occupied Crimean Peninsula.

Ukrainian presidential advisor Mykhail Podolyak on Thursday alleged that if a Russian pullout does come to fruition, Moscow’s forces will no doubt leave behind a path of destruction, as they have done elsewhere, turning Kherson into a “city of death.”

“This is what [the] ‘Russian world’ looks like: came, robbed, celebrated, killed ‘witnesses’, left ruins and left,” Podolyak wrote on Twitter.

President Zelenskyy, meanwhile, made only one reference to Kherson in his nightly video address Wednesday, saying that Kyiv’s forces are strengthening their positions “step by step” in the south, pointedly adding that “The enemy will make no gifts to us.”

Zelenskyy told CNN in an interview that aired Thursday morning that he could not give details concerning Kherson because “I really want to have an unpleasant surprise for the enemy and not something that they’re prepared for.”

Meanwhile, Ukraine’s state TV aired video footage of a cluster of Ukrainian soldiers who had arrived at the center of Snihurivka, a village 30 miles north of Kherson City, where they were warmly greeted by a group of locals against the backdrop of a newly hoisted Ukrainian flag displayed on a pole behind them. The crowd cheered loudly after the soldiers’ commander declared, “Today, on Nov. 10, 2022, Snihurivka was liberated by the forces of the 131st Separate Intelligence Battalion. Glory to Ukraine!”

Despite Kyiv’s wariness, U.S. General Mark Milley, chairman of the joint chiefs of staff, said that movements in the Kherson region do appear to show that Moscow’s forces are retreating, though he said that it may take weeks to achieve a complete withdrawal.

Speaking at The Economic Club of New York on Wednesday, Milley said that as many as 40,000 Ukrainian civilians and “well over” 100,000 Russian soldiers have either been killed or wounded since Russia invaded its neighbor on Feb. 24, The Associated Press reported.

“There has been a tremendous amount of suffering, human suffering,” Milley said, adding that the Kherson pullout and a possible stalemate in fighting over the winter months may provide a window for peace negotiations to resume.

Ukrainian President Volodymyr Zelenskyy said on Tuesday he was open to “genuine” peace talks with Russia to end the war but only on the condition that Russia returns all of Ukraine’s occupied lands, provides compensation for war damage, and faces prosecution for war crimes. Obviously, Moscow wouldn’t consider these to be reasonable negotiations. Until then, however, Zelenskyy said Ukraine will not let up in its fight against the Russian oppressors, even if it is “stabbed in the back” by its Western allies. The remarks followed a report that Washington had been privately urging Kyiv to publicly express a willingness to re-enter peace negotiations with Russia.

A victory for Ukraine in Kherson, however, would likely bolster its argument that it can defeat Russia and potentially placate rumblings in the West that the war has been dragging on too long.

Retired Australian Army General Mick Ryan said in a tweet that Russia’s capitulation in Kherson “is a validation of Ukraine’s military strategy and the approach taken by its senior leadership. They are succeeding and the Russians know it.”

He appeared to take a swipe at Washington when he added “Now is NOT the time to force Ukraine into negotiations. The Russians might be weakened but they are not giving up on their territorial aspirations. They will have to be beaten on the battlefield and pushed out of Ukraine.”