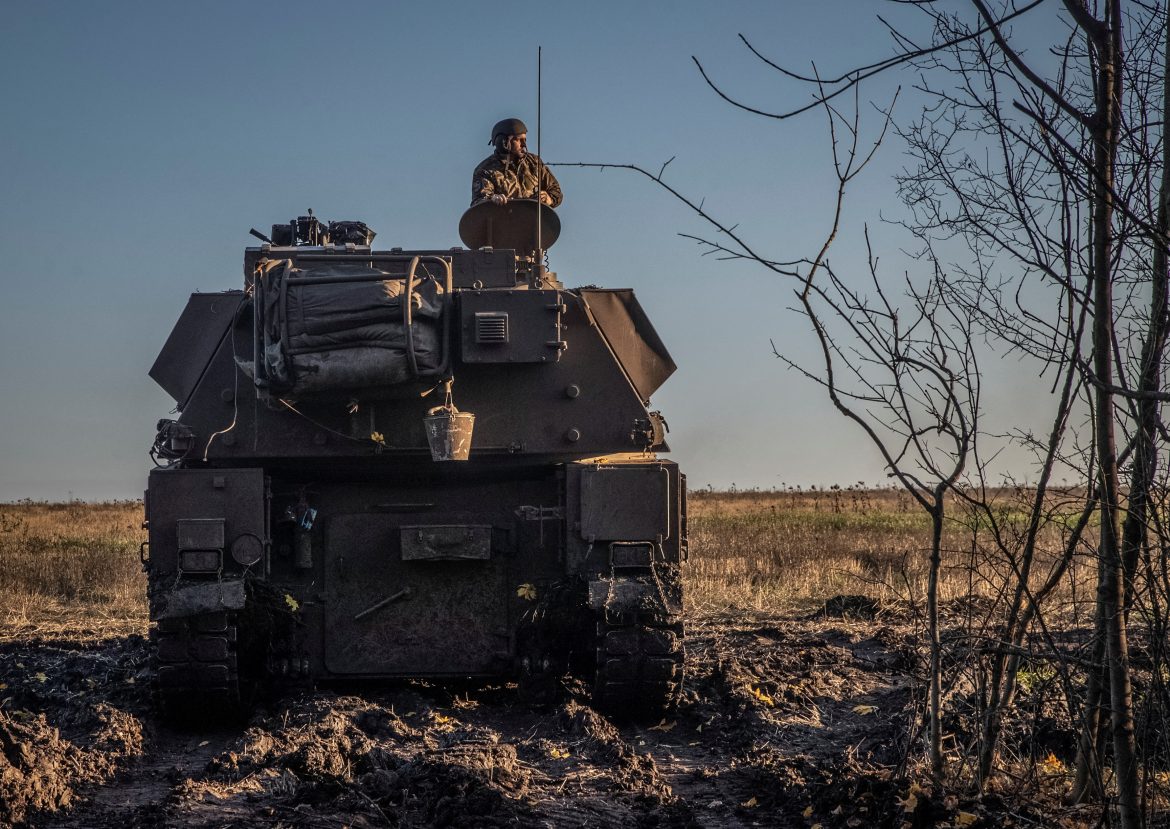 In what could signal a critical turning point in the war in Ukraine, Russian Defense Minister Sergei Shoigu on Wednesday ordered his troops to withdraw from the west bank of the Dnipro River near the southern city of Kherson amid Ukrainian attacks.

Russian General Sergei Surovikin, overall commander of the war, said that it was no longer possible to supply Kherson city in televised remarks and proposed that forces would be repositioned into defensive lines on the Dnipro’s east bank, Reuters reported.

“We will save the lives of our soldiers and fighting capacity of our units. Keeping them on the right (western) bank is futile. Some of them can be used on other fronts,” Surovikin said.

Shoigu responded: “I agree with your conclusions and proposals. Proceed with the withdrawal of troops and take all measures to transfer forces across the river.”

The news followed weeks of Ukrainian advances towards Kherson city, the only regional capital occupied by Russia, where Kremlin-installed authorities had in recent days ordered the evacuation of tens of thousands of residents. Russia has occupied the city since the beginning of the war and losing it would be a significant blow to President Vladimir Putin.

Ukraine’s response to the announcement was measured.  Presidential adviser Mykhailo Podolyak said that it was too early to talk of a withdrawal, noting that some of Moscow’s forces were still in Kherson.

“Until the Ukrainian flag is flying over Kherson, it makes no sense to talk about a Russian withdrawal,” Mykhailo Podolyak, a senior advisor to Ukraine’s President Volodymyr Zelenskyy, said in a statement to Reuters.

The retreat came just hours after the key Darivka Bridge that bisects Ukraine and leads out of Kherson collapsed in an explosion.

Not long afterward, Russian state news agencies reported that Kirill Stremousov, the deputy head of the Kherson region’s Kremlin-appointed administration, had been killed in a car crash, though no details were provided.

Several Ukrainians who posted the photos surmised that it had been blown up by retreating Russian troops in an effort to prevent Kyiv’s forces from crossing; however, Oleh Zhdanov, a Ukrainian military analyst, told Reuters the bridge it may well have been destroyed by Ukrainian saboteurs with the goal of isolating Russian forces on either side and “cut the fighting unit in half”.

Stremousov, one of the highest profile occupation figures known for posting frequent battlefield updates on social media had been broadly hinting in recent days that Russia was planning to pull its forces out of the west bank of the Dnipro, even urging residents to evacuate the region, though Kyiv suspected a trap.

Two promised U.S.-supplied National Advanced Surface-to-Air Missile Systems (NASAMS) finally arrived in Ukraine. Capable of knocking out Russian drones, ballistic missiles, and unmanned aircraft, the NASAMS have reached Ukraine at a critical moment, as Russia has effectively used such weaponry to cripple energy and infrastructure throughout Ukraine, including its capital city of Kyiv.

“The Ukrainians announced these systems will contribute to Ukraine’s air defense capabilities and will help protect the Ukrainian people against Russian aerial attacks to include those conducted by unmanned, aerial vehicles or cruise missiles,” Pentagon Press Secretary Air Force Brig. Gen. Pat Ryder said on Tuesday.

“We continue to have an ongoing and robust dialogue with the Ukrainians, with our allies, and with our partners in terms of what Ukraine’s battlefield needs are,” Ryder added.