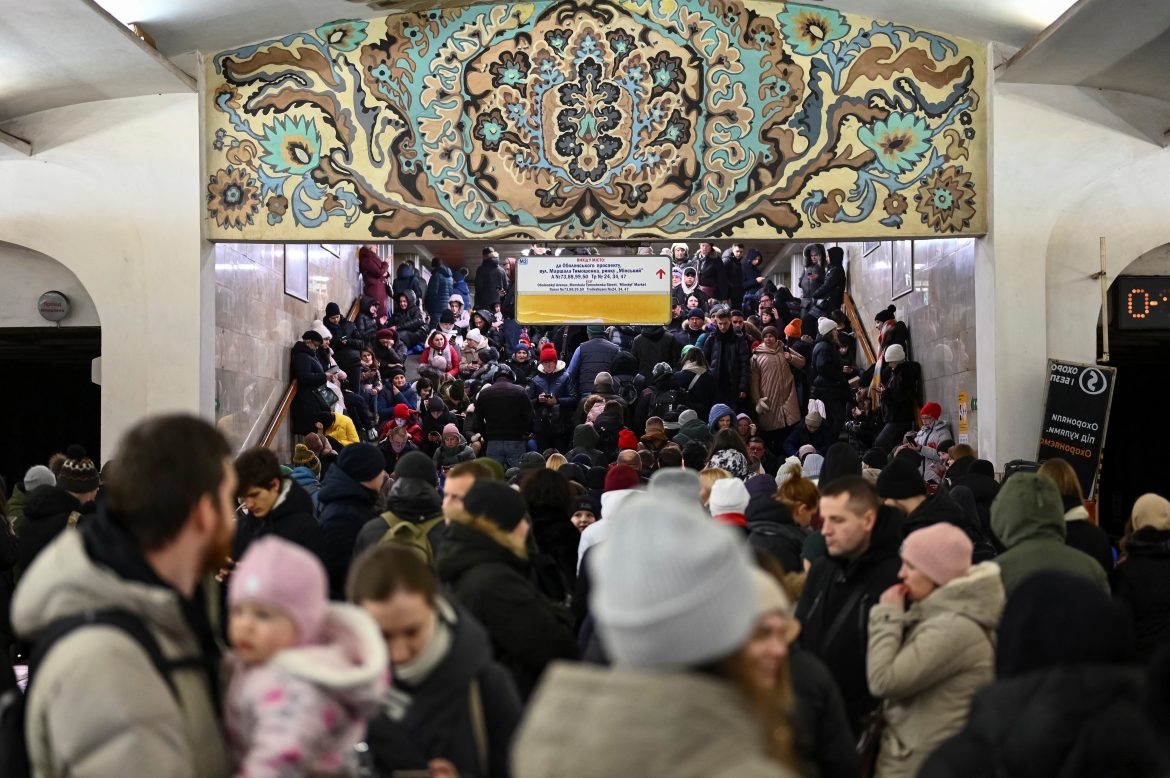 New missile strikes on Ukrainian infrastructure in Kyiv and Kharkiv this morning have caused emergency power cuts in three regions of the country.

A Reuters reporter in Kyiv said there were explosions on Saturday morning before the air raid siren sounded, but there were no casualties. The explosions caused a fire in a nonresidential area and missile debris damaged some houses in another.

“Explosions in the (eastern) Dniprovskiy district. All agencies heading to the site. Stay in your shelters!” Kyiv Mayor Vitali Klitschko wrote on the Telegram messaging app.

A Ukrainian Air Force spokesperson said the attack was most likely a ballistic missile fired in a high, looping trajectory from the north. Speaking to the Ukrainska Pravda news source, this spokesman said that Ukraine was unable to identify and shoot down ballistic missiles.

Military administration in the nation’s capital later reported that missiles struck an infrastructure facility. Emergency responders reported no critical damage or fire at this immediate scene.

Power grid manager Ukrenergo said the network was already grappling with a power deficit from earlier Russian attacks. The power grid has been a target of Russian missile strikes for the past several months.

It was 28 degrees Fahrenheit in Kyiv at the time.

Klitschko said that debris from a missile struck a non-residential area to the west of Kyiv. This caused a fire, but nobody was hurt.

18 houses in the Kopyliv village outside the capital were also damaged, the regional governor Oleksiy Kuleba reported. Again, nobody was hurt.

Kharkiv was also the target of a critical energy infrastructure strike this morning. Oleg Synehubov, the regional governor of this area, reported that “energy workers are working to liquidate the consequences and stabilize the situation with energy supplies.”

Ukrainian and Russian forces have struggled to control Soledar, a salt-mining town, this week. On Friday, Russia claims to have prevailed.

“The capture of Soledar was made possible by the constant bombardment of the enemy by assault and army aviation, missile forces, and artillery of a grouping of Russian forces,” Moscow’s defense ministry said.

If true, this would be the first Russian victory in months. The last half of 2022 was marked by a series of setbacks and failures for Russia.

Russian military analysts have also suggested that capturing Soledar would set the stage for Moscow to cut off Ukrainian supply routes into the nearby city of Bakhmut. This would also leave Ukrainian forces still in Bakhmut vulnerable to encirclement.

Kyiv has denied that Soledar is lost, however.

Serhiy Cherevatyi, the spokesman for Ukraine’s eastern military command, told Reuters, “Our units are there, the town is not under Russian control.”

The two leaders made the joint statement on Friday, saying: “We state unequivocally that any use of a nuclear weapon by Russia in Ukraine would be an act of hostility against humanity and unjustifiable in any way.”

Former Russian president Dmitry Medvedev called the statement “paranoia” earlier today. He suggested that Kishida “betrayed the memory” of the Japanese lives “in the nuclear fire of Hiroshima and Nagasaki” after the U.S. dropped atomic bombs on the nation at the end of World War II.

Medvedev said the shame Kishida should feel could only be erased through committing seppuku, the ritualistic suicide that results in disembowelment.

On Wednesday, unusual movements of Russian Navy ships and submarines were noted in the Black Sea. An “en-masse” movement from the Novorossiysk base included Russia’s largest amphibious ship, the Pyotr Morgunov, other warships, and three submarines.

The movement may proceed with increased missile strikes on Ukraine, hint at a coming amphibious landing operation, or be a defensive move meant to protect Russian naval assets.

On Nov. 18, Ukraine struck Novorossiysk with a maritime suicide drone.