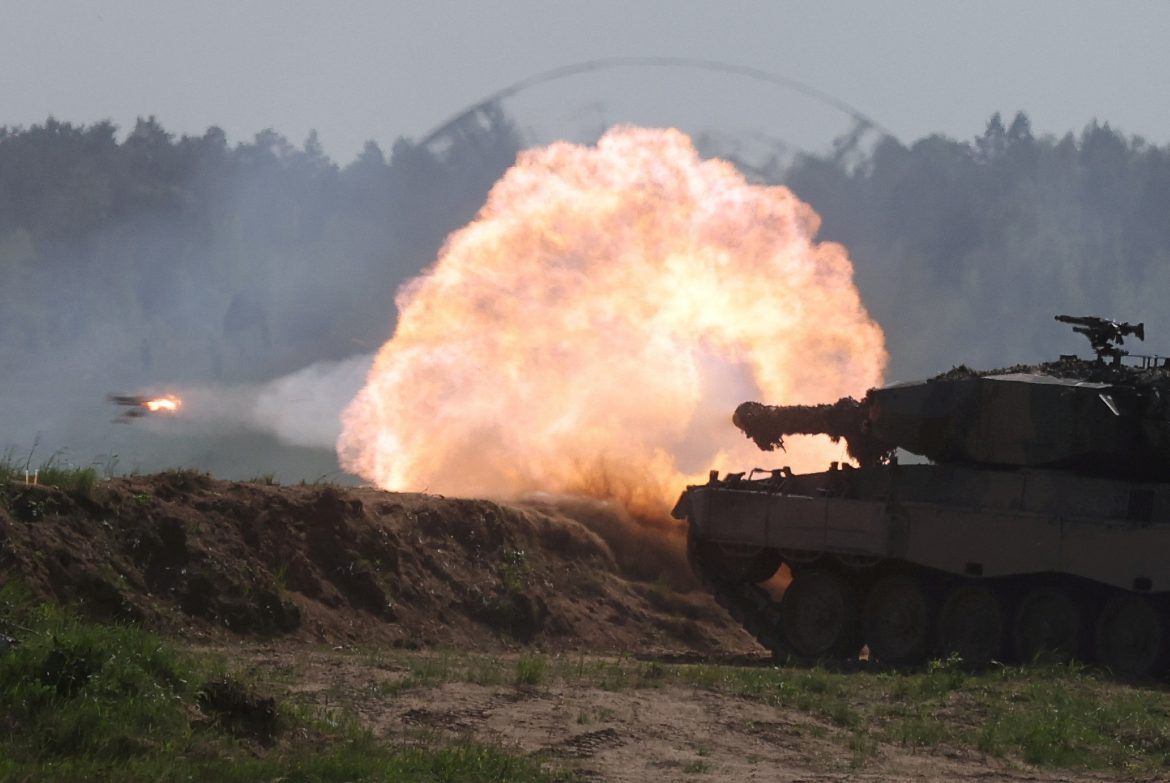 Ukraine may soon get its hands on the German Leopard 2 tanks it covets in the latest development in the wartime game of hot potato playing out among Kyiv’s allies over Ukraine’s continued demands for more — and more advanced — military assistance to repel Russian forces.

Amid growing frustration and public bickering over Berlin’s reluctance to be the first alliance member to send combat tanks into Ukraine, Poland’s Prime Minister Mateusz Morawiecki said Monday that he intends to seek Germany’s permission to supply Kyiv with the Leopards, The Associated Press reported Monday. Poland maintains a supply of the German-made tanks but cannot send them to a non-NATO country without first receiving Berlin’s consent.

Morawiecki did not specify when the request would be made but said that Poland is in the process of forming a coalition of nations ready to send the tanks to Ukraine.

German Foreign Minister Annalena Baerbock stopped short of saying that Berlin would approve such a request from Poland, instead telling French television channel LCI on Sunday, “If we were asked, we would not stand in the way.”

Baerbock said that the German government “know[s] how important these tanks are” to Ukraine, adding that “this is why we are discussing this now with our partners.”

Within days of his appointment as the Russian commander in Ukraine, Gen. Valery Gerasimov has signaled that he intends to prioritize a crackdown on troops’ day-to-day discipline. The U.K.’s Defense Ministry reported Monday that Russian military leaders started to crack down on officer disciplinary infractions, including the wearing of non-regulatory clothing and the use of civilian vehicles and mobile phones. It is widely believed that unauthorized phone use by Russian forces stationed in Makiivka enabled Ukraine to identify and target their military barracks with a deadly missile strike that killed at least 89 Russian troops earlier this month.

While stepped-up enforcement of mobile phone usage prohibitions was largely expected, news that Gerasimov has also instructed military officials to enforce haircut and shaving requirements was met with derision by critics who have increasingly accused military officials of focusing too much on outward appearances and not enough on crushing Ukrainian resistance.

Kremlin-installed officials in the Donetsk People’s Republic described the grooming prioritization as a “farce” that would only ‘hamper the process of destroying the enemy.” Wagner paramilitary leader Yevgeny Prigozhin, a rising figure in Russia’s war, openly mocked Gerasimov, declaring that “war is the time of the active and courageous, and not of the clean-shaven.”

Elsewhere, Norwegian authorities said police have apprehended a former Wagner group commander who recently fled to the Scandinavian country. Andrei Medvedev claimed that he feared for his life after witnessing the maltreatment and executions of Russian prisoners brought to the front lines in Ukraine.

“He is apprehended … and we are considering whether to seek a court’s decision for internment,” Police Lawyer Line Isaksen told Reuters.