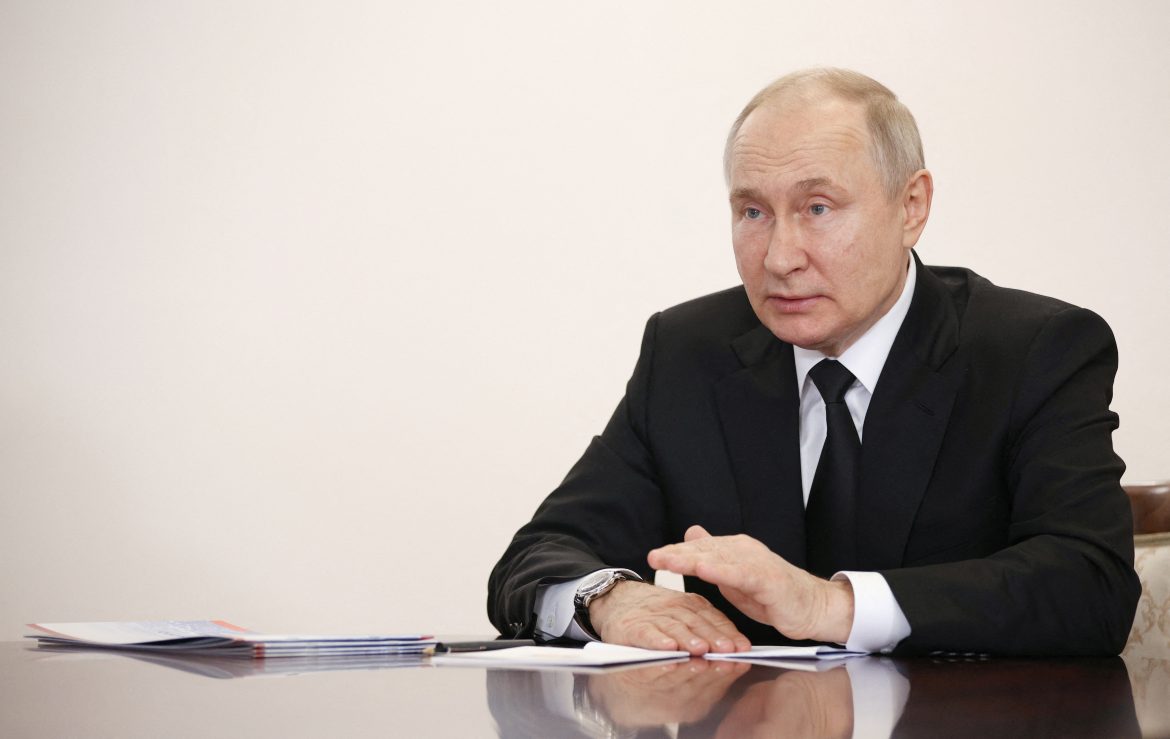 Russian President Vladimir Putin believes a Russian victory in Soledar will lead to a momentum shift in the war and more victories for his soldiers.

Russia announced on Friday that it had taken control of the Ukrainian salt-mining town of Soledar. This claim is under dispute by Ukraine, which says its soldiers are still fighting for control of the town.

The battle for Soledar has been a bloodbath with troops lost on both sides, while control of Soledar is not likely to significantly shift the results of the war according to Western analysts. However, Soledar is the most successful campaign Russia has seen in months.

Putin seized the chance to boost faltering morale for the war.

“The dynamic is positive,” Putin told Rossiya 1 state television when asked about the taking of Soledar. “Everything is developing within the framework of the plan of the Ministry of Defense and the General Staff.”

“And I hope that our fighters will please us even more with the results of their combat,” Putin said.

Donetsk governor Pavlo Krylenko denied that the town was firmly under Russian control on Saturday. Instead, the governor said the situation was “difficult” but that the town “remains under control of our military.”

Krylenko said there was fighting in the streets of the town and outside the limits as Russian forces advanced from multiple directions.

“Due to the shelling in the majority of the regions, emergency (power) cut-offs are being introduced. The coming days will be difficult,” he wrote on Facebook.

Saturday’s attacks by the Russians also led to a strike on a nine-story apartment building in Dnipro. The collapsed building left people trapped underneath in freezing night temperatures. The most recent death toll is 21.

In his Saturday evening address, Ukrainian President Volodymyr Zelenskyy said that the attacks on civilian targets would only end with the continued support of Western nations.

“What is needed for this? Those weapons which are in the depots of our partners and which our soldiers are waiting for so much,” Zelenskyy said.

Standing alone on Saturday, Japanese Prime Minister Fumio Kishida said that the upcoming G7 conference should demonstrate a strong will and a commitment to international law and order against Russia.

“In our coordination in the run-up to the Hiroshima summit, the greatest issue was, needless to say, the Russian aggression against Ukraine, which will soon mark one year since the start,” he told the news conference.

Kishida implied that the international response to Russia’s invasion of Ukraine was important to dissuade other nations from becoming aggressors.

“I pointed out that the aggression against Ukraine is not only a European problem but also a challenge to the very rules and principles of the international community and agreed with the heads of state and government that the G7 Hiroshima summit should demonstrate a strong will to uphold the international order, based on the rule of law,” he said.

The G7 conference will be held in Hiroshima in May.

Yesterday, former Russian President Dmitry Medvedev said the prime minister should commit seppuku, a ritualistic suicide by disembowelment, over shameful subservience to the U.S. The comment was made following a joint statement issued by Kishida and U.S. President Joe Biden.

Iranian oil exports end 2022 at a high, despite no nuclear deal