Ukraine update: Putin says ‘no other choice’ but to continue war until Kyiv stops ‘refusing’ negotiations 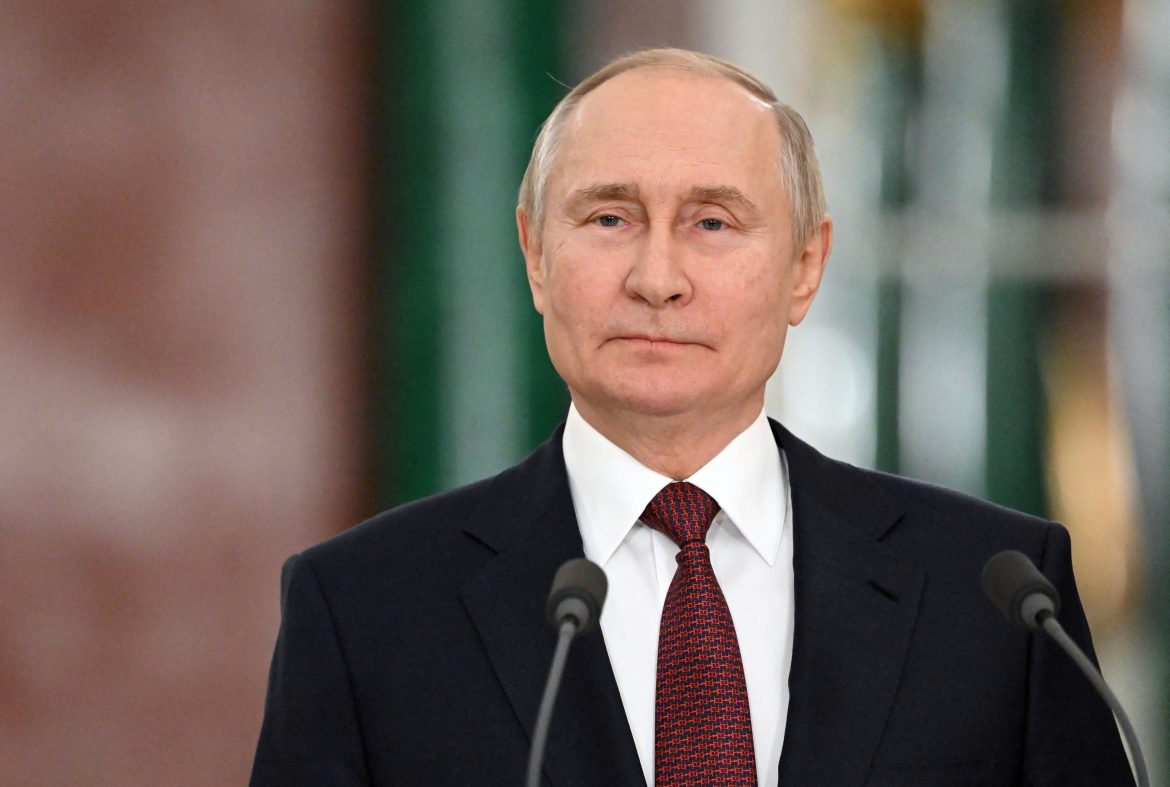 The blame-shifting and posturing continue as Russian President Vladimir Putin once more has said that Ukraine and its allies are refusing to negotiate a diplomatic end to the war.

“We are ready to negotiate with everyone involved about acceptable solutions, but that is up to them — we are not the ones refusing to negotiate, they are,” Putin said in a Sunday address on state-owned television channel Rossiya 1.

The Russian president also added that Moscow has “no other choice” than to continue the war because Russia was “defending our national interests, the interest of our citizens.”

Putin needs to come back to reality.
1. Russia single-handedly attacked Ukraine and is killing citizens. There are no other "countries, motives, geopolitics"
2. Russia doesn’t want negotiations, but tries to avoid responsibility. This is obvious, so we are moving to the Tribunal.

This rhetoric from the Moscow and Kyiv has become typical in the ongoing Russian invasion of their southern neighbor. A similar exchange happened last week, where U.S. officials rejected Putin’s words as posturing as long as Russia continues to shell the frontlines.

Notably, the Kherson region’s Ukrainian governor Yaroslav Yanushevich said on Sunday that Ukrainian-held areas of the region had been shelled 71 times in a 24-hour period. This led to the deaths of 16 people and wounded 64 others.

Additionally, Ukraine officials reported shelling on towns along the frontlines in the Luhansk, Donetsk, Kharkiv, Kherson, and Zaporizhzhia regions.

The Ukrainian military also said that Russia had attacked populated areas on the right bank of the Dnipro River.

In a break from usual patterns of attacks, Russian forces did not shell the Dnipropetrovsk region that partially borders Russian-occupied Kherson and Zaporizhzhia regions. Regional governor Valetyn Reznichenko reported the news on Telegram.

Russian attacks on the energy grid have continued to affect the power supply to Ukrainian citizens in the heart of winter.

In a message to Ukrainians who celebrate Christmas on Dec. 25, as opposed to the Orthodox Christmas Day on Jan. 7, Ukrainian President Volodymyr Zelenskyy defiantly said Ukrainians would endure the darkness and cold “because we know what we are fighting for.”

“Even in complete darkness, we will find each other to hug each other tightly. And if there is no heat, we will embrace each other for a long time to warm one another,” Zelenskyy said, adding that Ukrainians were creating their own Christmas miracle.

Earlier today, Russia’s Defense Ministry said a Ukrainian drone had been shot down as it approached an airbase deep inside Russian territory.

The ministry said that the resulting debris killed three servicemen at the Engels airbase, which houses Tu-95 and Tu-160 strategic bombers that have been involved in strikes on Ukraine. The airbase is located over 370 miles east of the Ukrainian border.

The Ukrainian Air Force has not directly acknowledged the presence of their drone when speaking on Monday. However, their spokesman Yurii Ihnat said in a televised interview, “These are the consequences of Russian aggression.”

“If the Russians thought that the war would not affect them in the deep rear, they were deeply mistaken,” he added.

It’s the second time that Russia has reported a Ukrainian drone near this airbase, which has led some to question the security of their air defenses if a drone can fly undetected that far into the country.

While Russia has officially reported no damage to military aircraft, both Russian and Ukrainian social media accounts claim that planes were destroyed and damaged by debris. The veracity of those claims remains unverified.

At least 50 killed as blizzard sweeps through north, freeze grips US