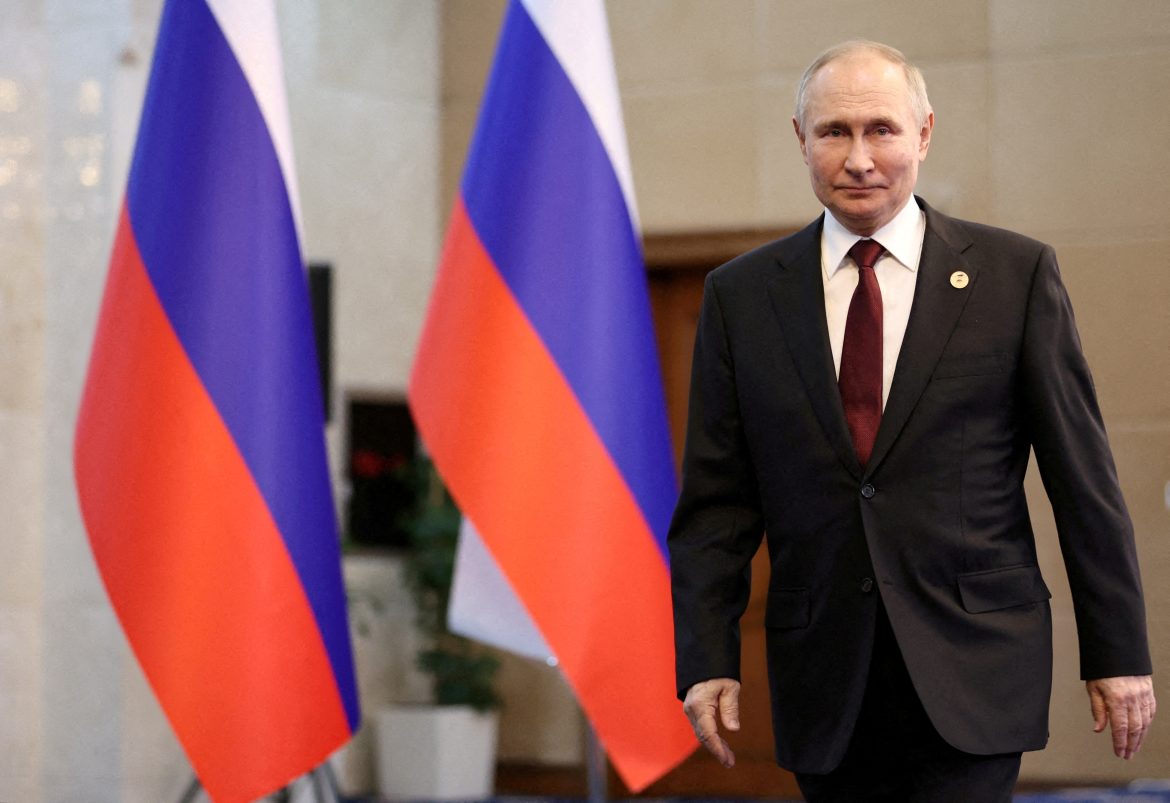 Russian President Vladimir Putin has raised eyebrows with his decision to forego his annual end-of-the-year news conference this month, breaking with a 10-year tradition.

Without offering any explanation, Kremlin spokesman Dmitry Peskov confirmed on Monday that the Russian president has chosen not to proceed with the hours-long televised speech on domestic and foreign policy issues which is broadly viewed as a public relations effort to “polish” Putin’s image, according to The Associated Press.

Some observers have suggested that the move reflects the Kremlin’s increased frustration and unease over a spate of humiliating battlefield setbacks, coupled with Putin’s distaste for facing uncomfortable questions about the conflict he once billed as a short-term “special military operation” to “demilitarize” and “denazify” Ukraine. Instead, the war has inflicted death, misery, displacement, and suffering upon millions of Ukrainians as well as exacting massive Kremlin troop losses and severe economic hardship on Russia’s citizens. Despite his efforts to present himself as a powerful and respected world leader, Putin has become increasingly isolated and paranoid.

The British Defense Ministry said in its daily Twitter briefing on the war that “the cancellation is likely due to increasing concerns about the prevalence of anti-war feeling in Russia.”

“Kremlin officials are almost certainly extremely sensitive about the possibility that any event attended by Putin could be hijacked by unsanctioned discussion about the ‘special military operation,” the report continued.

Putin also has yet to make his constitutionally required annual state-of-the-nation address to Russia’s parliament. Despite the Kremlin’s harsh crackdown on anti-war dissent, Putin now faces mounting criticism from Russian hardliners that he is weak and indecisive as they call for increased aggression toward Ukraine.

Russia and Ukraine continued hammering each other’s forces amid intense combat in the eastern region of Donetsk on Tuesday. Ukraine’s General Staff said that Russian artillery pounded nearly 20 front-line settlements around the eastern city of Bakhmut, where Moscow is attempting to wrest back control of the territory it formerly occupied, though it has been largely reduced to heaps of smoking rubble.

Ukrainian President Volodymyr Zelenskyy, meanwhile, stepped up pressure on the West to provide Kyiv with more advanced weapons at a G7 summit Tuesday where the leader spoke via video link. Zelenskyy also told assembled allies that he needs about $840 million in emergency winter energy assistance as Russia continues to target civilian infrastructure across the country. He also proposed a special summit, the Global Peace Formula Summit, “to determine how and when we can implement the main points of the Ukrainian peace formula.”

The Group of Seven economic powers vowed to keep working together to strengthen Ukraine’s military capabilities, with a particular focus on air defense systems. The Pentagon last week announced another $275 million in military aid to Ukraine, bringing the total U.S. contribution to $20 billion since the Feb. 24 invasion.

A U.S. official told reporters that the Biden administration has no current plans to send long-requested Patriot missiles to Ukraine but said that discussions are ongoing.

Zelenskyy also doubled down on his call for Russian forces to withdraw from all occupied areas of Ukraine. The remark underscores his public resolve to accept nothing less than the complete removal of every “occupier” from his country, despite reports of private pressure from allies to resume ceasefire talks with Russia, including from the U.S.

“It would be right to begin the withdrawal of Russian troops from the internationally recognized territory of Ukraine this Christmas,” Zelenskyy said. “If Russia withdraws its troops from Ukraine, then a reliable cessation of hostilities will be ensured.”

He added: “The answer from Moscow will show what they really want there: either a further confrontation with the world or finally an end to aggression.”

The G7 leaders issued a joint statement expressing continued support for Zelenskyy’s appeal, stating that “Russia can end this war immediately by ceasing its attacks against Ukraine and completely and unconditionally withdrawing its forces from the territory of Ukraine.”

Moscow has so far refused to relinquish any occupied territory back to Ukraine and did not immediately respond to the statement.