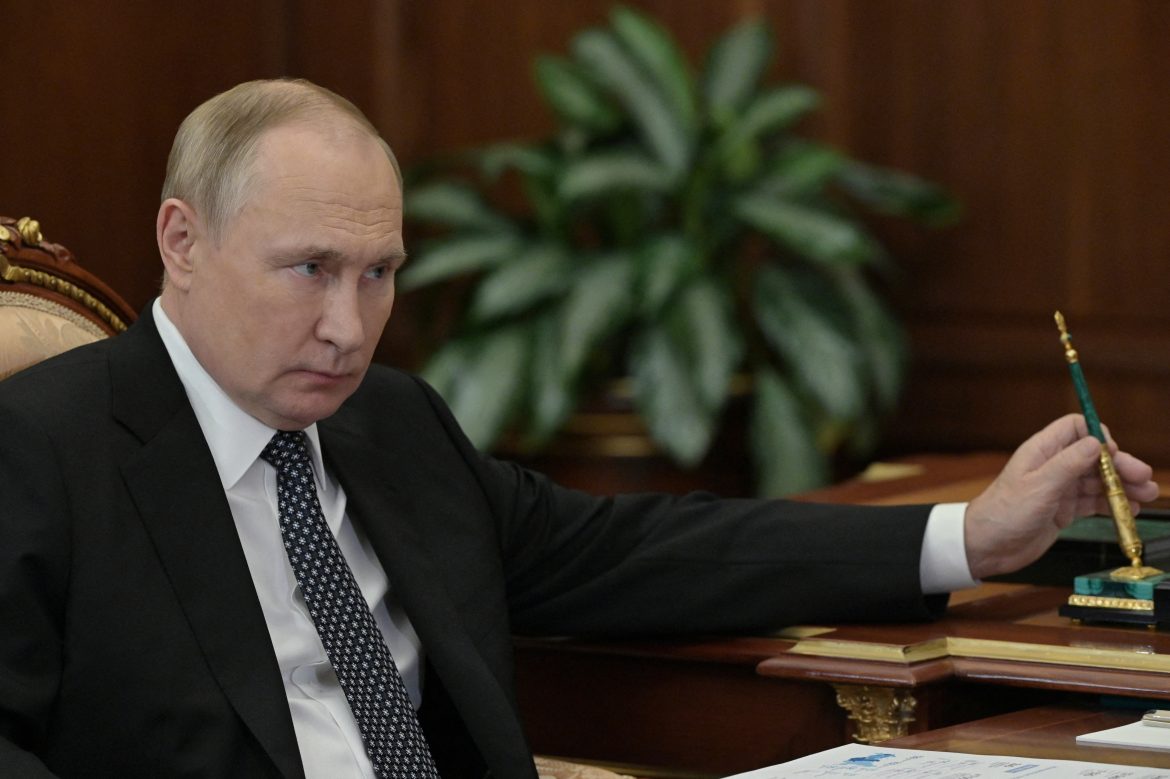 Moscow has accused Kyiv’s forces of breaking a 36-hour truce declared by Russian President Vladimir Tuesday that was scheduled to commence at noon, Moscow time, on Friday, though Ukraine dismissed the move as a ploy.

Shortly after Russian state-run television said the ceasefire “along the entire line of contact” in the conflict had commenced, Russia accused Ukraine of continuing to shell its positions, Reuters reported. The news service said that it was unable to immediately verify the reports.

Russian President Vladimir Putin announced the temporary ceasefire on Thursday in observation of the Russian Orthodox Church’s observance of Christmas on Jan. 7. Ukrainian President Volodymyr Zelenskyy, however, rejected the truce as a ploy to thwart the progress of Ukraine’s forces in Donetsk and the eastern Donbas region and bring in more Kremlin forces.

“They now want to use Christmas as a cover, albeit briefly, to stop the advances of our boys in Donbas and bring equipment, ammunitions, and mobilized troops closer to our positions,” Zelenskyy said in his Thursday night video address.

“What will that give them? Only yet another increase in their total losses.”

Earlier Friday morning, Russian forces shelled the city of Kramatorsk near the frontline in the Donetsk region, according to the city’s mayor Oleksandr Honcharenko.

“It’s bad, very bad,” he said of the attack. “We need to pressure them, get them to leave, maybe more air defense systems would help. This happens often, not only on festive occasions. Every other day,” Oleksandr added.

Ukraine’s military General Staff said its soldiers successfully repelled multiple Russian attacks over the past day in the Donetsk region, including Bakhmut.

“The enemy is concentrating its main efforts on attempts to establish control over the Donetsk region” without success, the General Staff said in a statement, adding that both Ukraine and Russia had launched multiple air strikes over the past day.

US TO ANNOUNCE ANOTHER WEAPONS PACKAGE FOR UKRAINE

Back in Washington, the Department of Defense said Thursday that it will announce another shipment of defense weapons to Ukraine today in combination with combat vehicles being sent by the U.S. and Germany which the White House announced on Thursday.

Ukraine’s power grid operator once again urged civilians to conserve electricity on Friday as consumption rose due to falling temperatures which threaten to exacerbate the already-strained energy network which has been decimated by Russian missile and drone strikes.

“In the near future, a significant drop in temperature is expected, which will lead to a rapid increase in consumption,” state-run energy company and grid operator Ukrenergo said in a statement on the Telegram messaging app.

“The energy system is currently unable to fully cover it due to the damage and the enemy’s occupation of a number of power plants that produce electricity, in particular, and the most powerful — the Zaporizhzhia NPP (nuclear power plant).”

It added: “Please use electricity wisely, alternate the use of energy-intensive appliances. It helps reduce the load on the power system and reduce the need to limit consumption.”

Ukrenergo said it continues to work with electricity producers and distributors to repair and restore damaged facilities but added that that the repairs on the Soviet-era power systems will require significant resources and time due to the sheer scale and complex nature of the damage.

US PLEDGES $30 MILLION IN SUPPORT FOR MOLDOVA

The U.S. has pledged to provide $30 million in aid to Moldova to help alleviate energy and economic challenges” caused by the Kremlin’s unprovoked and unjustified war” against Ukraine, The U.S. Agency for International Development (USAID) announced on Thursday. Moldova is a small, landlocked country between Ukraine and Romania. The funds will be provided through a World Bank trust fund.

The agency said the “critical” aid to Moldova will help it recover from a “series of severe shocks” including the war in Ukraine, the COVID-19 pandemic, and soaring natural gas prices, which it said has placed the country’s “short-term economic recovery and its long-term economic prospects at risk.” Some of the funds will be used to reimburse Moldova for previous electricity purchases, according to the release.

ARMORED TANKS ARRIVE AT RUSSIAN MILITARY BASE IN BELARUS

Belarusian President Alexander Lukashenko visited with Russian troops stationed at a military base in western Belarus on Friday where joint military drills with Moscow are taking place. Footage of the meeting reviewed by Reuters showed a train loaded with armored vehicles said to have just arrived in Belarus.

Lukashenko, a longtime Putin ally, has so far avoided direct involvement in the war but allowed Kremlin forces to launch their invasion of Ukraine from Belarus, which borders Ukraine in the south.

The U.K. Defense Ministry reported on Friday that militias from Luhansk (LNR) and Donetsk (DNR) were officially consolidated into the Russian armed forces on Dec. 31. In its daily assessment of the war, the ministry said that President Putin traveled to Rostov-on-Don on New Year’s Eve to present the militias with their battle colors.

The LNR and DNR were annexed by Russia in September 2022. However, both have been “discreetly controlled” by Moscow since 2014, the report states.

The ministry noted that the Kremlin’s public commitment to support the two territories, which have already been a “significant drain on Russian finances,” will “likely constitute a large political, diplomatic and financial cost for Russia which will last well beyond the current phase of the conflict.”