Ukraine update: Russia fires scores of missiles in one of its biggest attacks on Ukraine 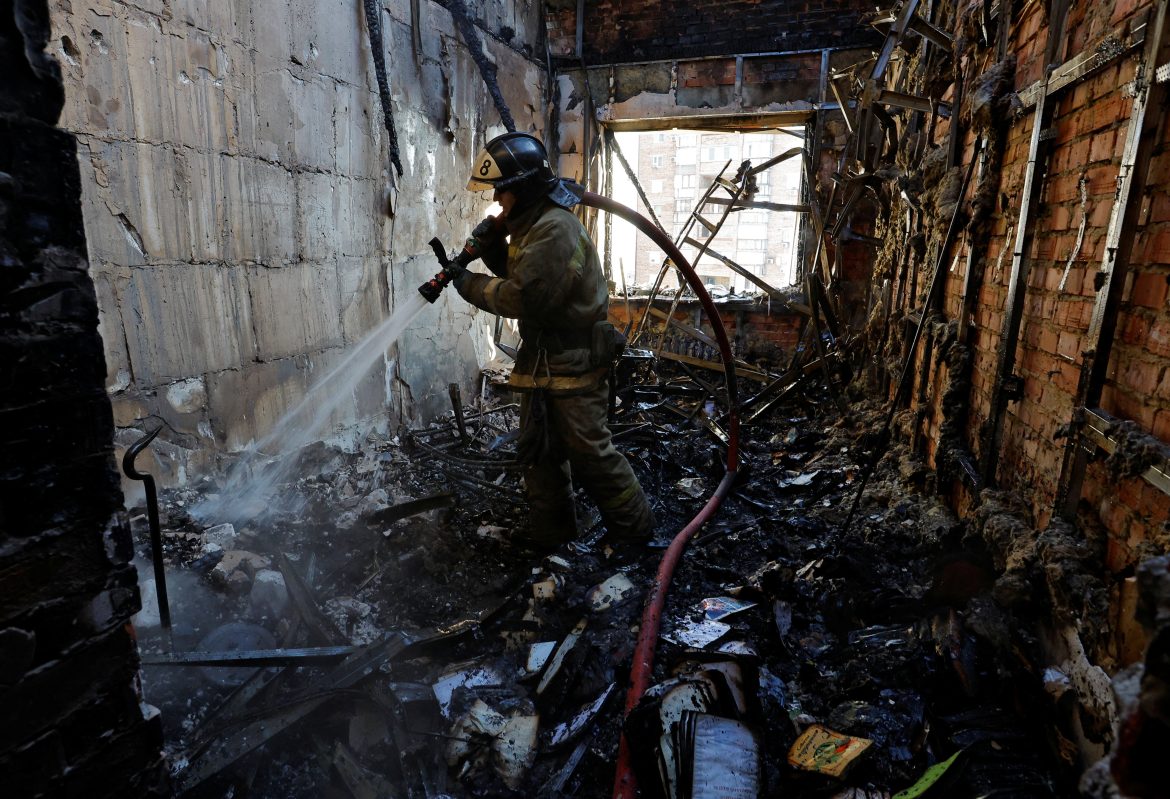 Russia fired more than 70 missiles at Ukraine on Friday in one of its biggest attacks since the start of the war, knocking out power in the second biggest city and forcing Kyiv to bring in emergency blackouts nationwide, Ukrainian officials said.

Two people were killed when an apartment block was hit in central Kryvyi Rih and another died in shelling in Kherson in the south, they said. Russian-installed officials in occupied eastern Ukraine said 12 people had died in Ukrainian shelling.

Kyiv warned late on Thursday that Moscow planned a new all-out offensive early next year, about a year after its Feb. 24 invasion, which has destroyed huge areas of Ukraine but brought little of it under Moscow’s control.

Russia has rained missiles on Ukrainian energy infrastructure almost weekly since early October after several battlefield defeats, but Friday’s attack seemed to have caused more damage than many others, with snow and ice now widespread.

Russia flew warplanes near Ukraine to try to distract its air defenses, Ukraine‘s air force said. Its army chief said 60 of 76 Russian missiles had been shot down but Energy Minister German Galushchenko said at least nine power-generating facilities had been hit.

A reporter flying over Moldova captured a video that seems to show aftermath of Russia bombing Ukraine today.

Moscow says the attacks are aimed at disabling Ukraine‘s military. Ukrainians call them a war crime.

“They want to destroy us, and make us slaves. But we will not surrender. We will endure,” said Lidiya Vasilieva, 53, as she headed for shelter at a Kyiv railway station.

The governor of the Dnipropetrovsk region that includes Kryvyi Rih, President Volodymyr Zelenskyy’s hometown, said a missile had hit an apartment block there.

A third person died in a fire after shelling in Kherson, authorities said, and Kharkiv in the east was also badly hit.

“There is colossal damage to infrastructure, primarily the energy system,” city mayor Ihor Terekhov said. “I ask you to be patient with what is happening now. I know that in your houses there is no light, no heating, no water supply.”

Liudmyla Kovylko, cooking at an emergency food distribution point, said life had to go on. “We heard explosions, the power went out. People need to be fed. We are cooking on a wood stove.”

Russian forces occupy around a fifth of Ukraine in its south and east and many soldiers have been reported killed and wounded on both sides in brutal fighting, although neither side has issued detailed reports of their own military casualties.

Eleven people were killed, 20 wounded and another 20 were unaccounted for in the village of Lantrativka near the border with Russia in the Russian-controlled Luhansk region of Ukraine, Russia’s TASS news agency said, citing emergency services.

The Russian-installed governor of the region, Leonid Pasechnik, called the attack “barbaric”.

The head of a Russian proxy “people’s militia” in Luhansk said a civilian had been killed by Ukrainian shelling in the town of Svatove, some 40 miles further south.

Reuters was unable to immediately verify the latest battlefield accounts but recorded three explosions in the snow-covered capital Kyiv and smoke rising over the city.

Ukraine had shot down 37 out of 40 missiles fired at the Kyiv area, Kyiv military spokesperson Mykhailo Shamanov said, calling Friday’s missile attack one of Russia’s largest.

Economy Minister Yulia Svyrydenko said there had been “massive shelling”. “The goal of the Russian Federation is for Ukrainians to be constantly under pressure,” she wrote in a social media post, vowing that Ukraine would endure.

The country has restored much of its power and water supply after previous attacks but that task becomes harder each time.

Kyrylo Tymoshenko, deputy head of the presidential office, said emergency power shutdowns were being introduced across the country to allow for repairs. Poltava in the center and the regions of Sumi in the north and Odesa on the Black Sea had been hit as well as power supply to some railway lines.

With no peace talks in sight, Ukrainian defense chiefs on Thursday predicted Russia would launch a new all-out offensive early next year that could include a second attempt to take Kyiv, which they tried and failed to capture early this year.

A new assault could happen as soon as January, Zelenskyy, General Valery Zaluzhniy, and General Oleksandr Syrskiy were quoted as saying in interviews with The Economist magazine.

The push could be launched from the eastern Donbas area, the south or neighboring Belarus, they said.

A Russian defense ministry video showed exercises by Russian and Belarusian troops in Belarus using tanks, machine guns, and drones and crossing a river. In Washington, White House spokesman John Kirby said there was no indication of any imminent move on Kyiv.

Russia calls its invasion a “special military operation” to disarm and “denazify” Ukraine. Thousands of people have been killed, cities reduced to ruins and millions forced from their homes in what the West says is an imperial-style land grab.

European Union leaders agreed on Thursday to provide 18 billion euros in financing to Ukraine next year and hit Moscow with a ninth package of sanctions, including on its mining industry. The Kremlin said it was formulating a response.

The White House said on Friday the next security assistance package for Ukraine is coming and it is expected to include more air defense capabilities for the country.

“As you have seen in previous packages, I think you can expect to see additional air defense capabilities in this,” John Kirby, spokesperson for the White House National Security Council, told reporters.