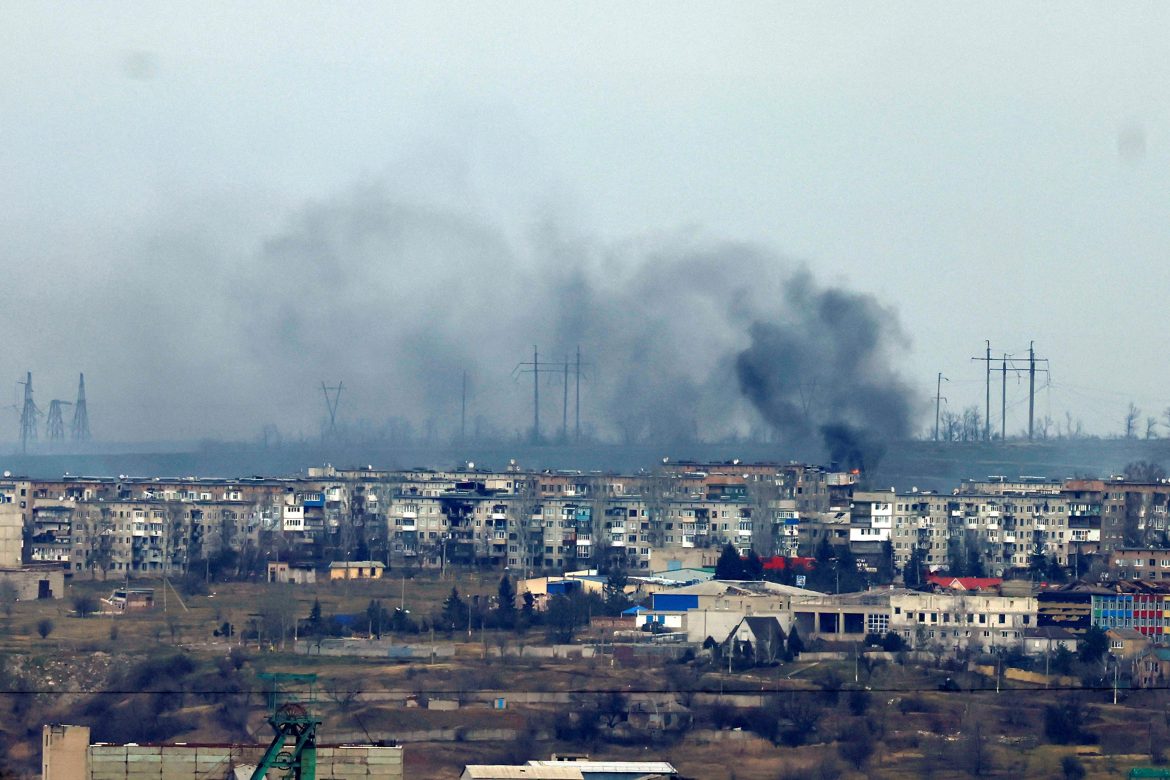 Russian troops and Wagner Group mercenaries now likely control most of the embattled town of Soledar in Ukraine’s eastern Donbas region, the U.K.’s Ministry of Defense said Tuesday in its daily assessment of the war.

Troops from both sides have suffered heavy losses in what has been described as some of the most brutal trench warfare in the 11-month war to date.

The seizure of Soledar would provide Moscow with a significant advantage in its quest to overtake Bakhmut, which is located on a strategic supply line between the Donetsk and Luhansk regions that comprise the Donbas in Ukraine’s industrial heartland. Control of Bakhmut would give Russia’s forces access to the larger cities of Kramatorsk and Sloviansk, which make up the Donbas, and deliver a much-needed battlefield victory to Russian President Vladimir Putin.

“Russia’s Soledar axis is highly likely an effort to envelop Bakhmut from the north, and to disrupt Ukrainian lines of communication,” the British intelligence briefing said.

Serhiy Cherevaty, spokesman for Ukraine’s eastern forces, said that the Kremlin has deployed its top-level Wagner fighters to Soledar, which he said had been hit by artillery fire 86 times in a 24-hour period, according to Reuters.

Cherevaty also noted that Russia has been implementing World War One tactics in the area, in terms of sending large numbers of troops into battle and absorbing heavy losses.

“This is basically not a 21st-century war,” he said on Ukrainian television.

WOUNDED ‘DIE AS THEY LIE’

Ukrainian President Volodymyr Zelenskyy said in his nightly video address on Monday that Kyiv’s forces were still holding onto Bakhmut and Soledar, claiming that not a single wall remains intact in Soledar.

“Everything is completely destroyed, there is almost no life left. The whole land near Soledar is covered with the corpses of the occupiers and scars from the strikes,” Zelenskyy claimed. “This is what madness looks like.”

“The enemy is advancing literally on the bodies of their own soldiers and is massively using artillery, rocket launchers, and mortars, hitting their own troops,” she said.

Russia’s defense ministry made no reference to Soledar or Bakhmut in a media briefing on Monday.

Ukrainian military analyst Oleh Zhdanov said fighting in Bakhmut and Soledar was “the most intense on the entire front line.”

“So many remain on the battlefield … either dead or wounded,” he said. “They attack our positions in waves, but the wounded as a rule die where they lie, either from exposure, as it is very cold, or from blood loss.”

U.S. National Security Adviser Jake Sullivan told reporters Monday that Iran’s sale of lethal drones to Russia may be “contributing to widespread war crimes” in what is perhaps the sharpest rhetoric from the Biden administration against Iran over its role in the conflict thus far.

Russia has been crippling Ukraine’s energy and infrastructure for months using Iranian-made exploding Shahed drones, along with relentless missile and air strikes.

Sullivan said Iran had decided “to go down a road where their weapons are being used to kill civilians in Ukraine and to try to plunge cities into cold and darkness, which from our point of view, puts Iran in a place where it could potentially be contributing to widespread war crimes.”

He noted that the U.S. and Western allies have sought to “make these transactions more difficult” through the imposition of sanctions on Iran over the weapons sales but admitted that “the way that they are actually carrying them out physically makes physical interdiction a challenge.”

Russian authorities on Monday announced the launch of parallel criminal probes against two high-profile Russians who have been outspoken critics of the invasion of Ukraine as part of the Kremlin’s months-long crackdown on dissenters.

Russia’s Investigative Committee said in a statement that it had opened a criminal case against Russian film and theater actor Artur Smolyaninov, who left the country after Moscow’s forces invaded Ukraine and has repeatedly spoken out against the war, The Associated Press reported.

Putin spokesman Dmitry Peskov on Monday welcomed the criminal probe against Smolyaninov, noting that it is “important that our relevant (law enforcement) bodies think about these remarks.”

Imprisoned Russian opposition leader Alexi Navalny credited Zimin with facilitating his evacuation to a Berlin hospital in 2020, at a cost of nearly 80,000 euros, when Navalny lay in a coma in the Siberian city of Omsk after he was poisoned with a nerve agent. Zimin is currently wanted by the Kremlin on fraud charges and was placed on Russia’s list of “foreign agents” in September.

Ex Marine arrested for training Chinese pilots was ‘singled out’, his lawyer says