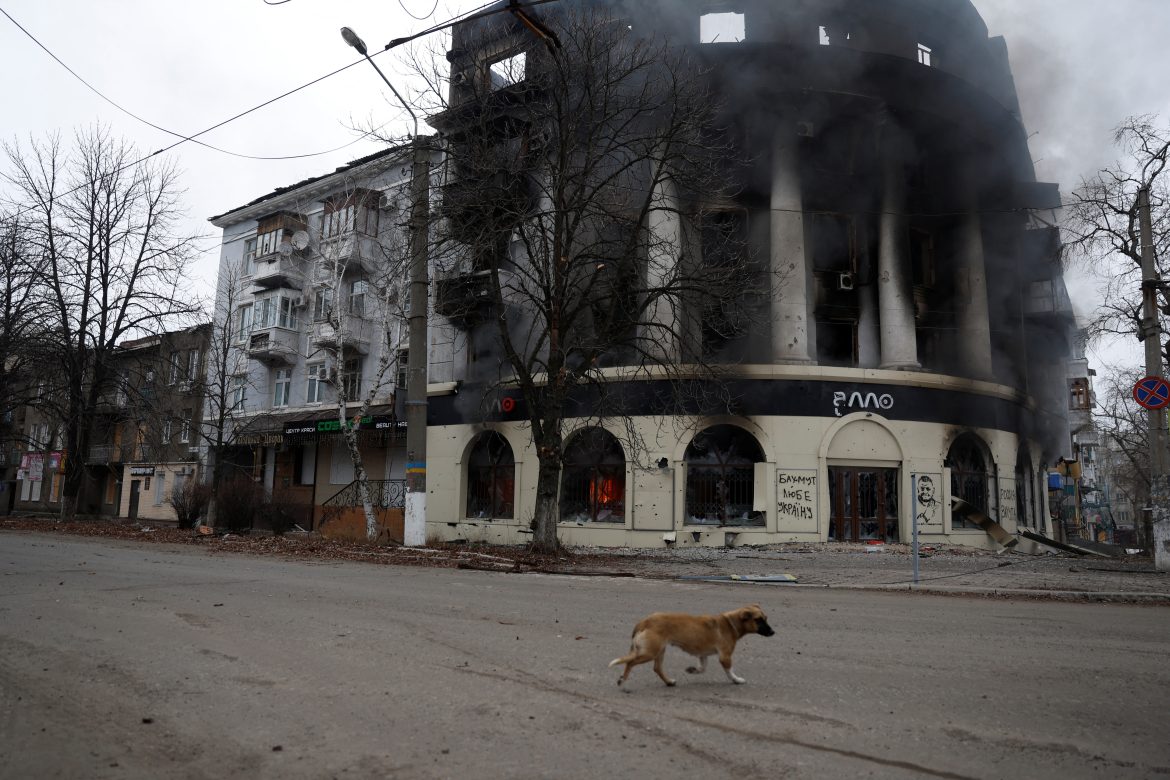 Russian forces stepped up mortar and artillery attacks on the recently liberated city of Kherson in southern Ukraine on Wednesday, Ukraine’s military said, while also exerting constant pressure along front lines in eastern regions of the country.

Heavy fighting also persisted around the Ukrainian-held city of Bakhmut, now largely in ruins, in the eastern province of Donetsk, and to its north, around the cities of Svatove and Kreminna in Luhansk province, where Ukrainian forces are trying to break Russian defensive lines.

Air raid sirens also sounded across Ukraine on Wednesday morning, officials said, though there were no reports of any missile strikes, and the all-clear was later given. Ukrainian social media reports said the nationwide alert may have been declared after Russian jets stationed in neighboring Belarus took off. Reuters was unable to verify that information.

Britain’s defense ministry said in its latest update on the military situation in Ukraine that Russia had likely reinforced the Kreminna section of the frontline as it is logistically important to Moscow and has become relatively vulnerable following recent Ukrainian advances further west.

There is still no prospect of talks to end the war, now in its 11th month.

But the Kremlin on Wednesday rejected the plan, reiterating its stance that Ukraine must accept Russia’s annexation — announced in September after “referendums” rejected by Kyiv and the West — of four Ukrainian regions: Luhansk and Donetsk in the east, and Kherson and Zaporizhzhia in the south.

“There can be no peace plan for Ukraine that does not take into account today’s realities regarding Russian territory, with the entry of four regions into Russia,” Kremlin spokesman Dmitry Peskov said.

“Plans that do not take these realities into account cannot be peaceful.”

Russian forces abandoned Kherson city last month in one of Ukraine’s most significant gains of the war. Kherson region, located at the mouth of the mighty Dnipro River and serving as a gateway to Russian-annexed Crimea, is strategically important.

The joy of Kherson residents over the city’s liberation has quickly given way to fear amid relentless Russian shelling from the east bank of the Dnipro, and many have since fled.

In Wednesday’s report, Ukraine’s General Staff also reported further Russian shelling in the Zaporizhzhia region and in the Sumy and Kharkiv regions of northeast Ukraine.

Reuters was unable to verify the battlefield reports.