Ukraine update: Russian fury grows in aftermath of deadly strike on military base that killed dozens of troops 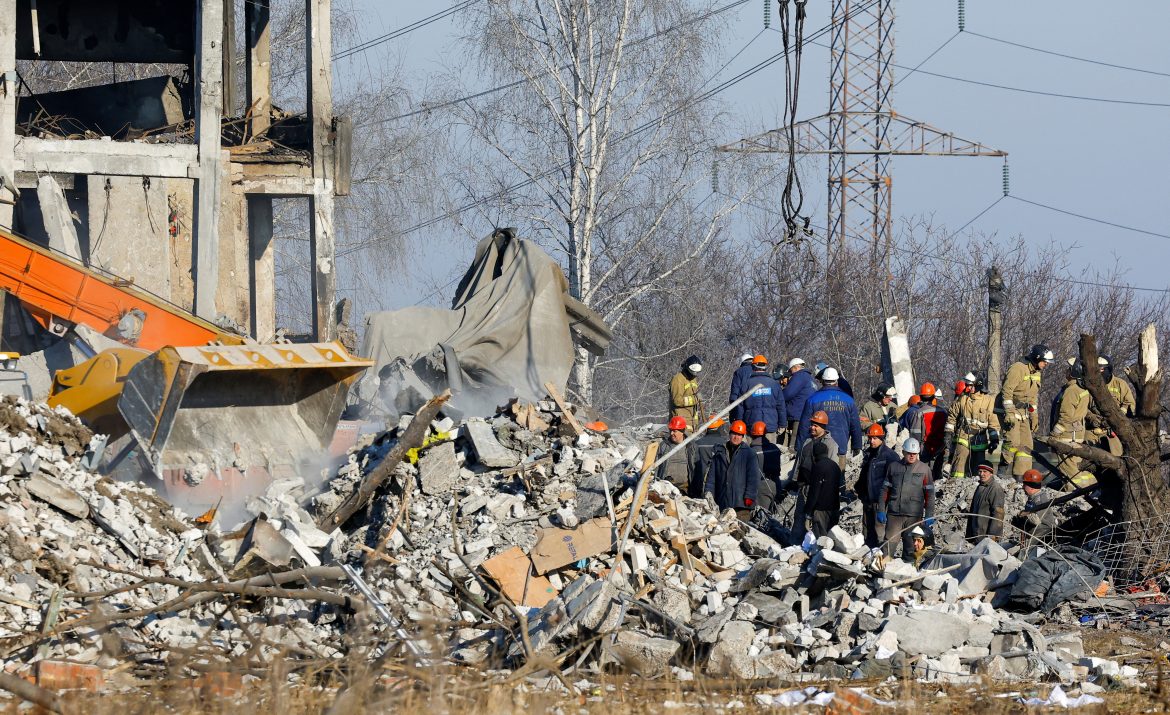 Russia’s Defense Ministry has acknowledged the deaths of 63 of its troops Sunday in an explosion at a Makiivka vocational school used as a Kremlin military barracks in the Donetsk region of Ukraine.

Kyiv’s forces fired six rockets from a HIMARS launch system in the New Year’s Day attack, according to the Ministry, two of which it claims were shot down.

The Strategic Communications Directorate of Ukraine’s Armed Forces claimed the death toll of mobilized Russian soldiers was closer to 400, adding that 300 more were wounded, Reuters reported.

In a slight departure from Kyiv’s policy of not confirming responsibility for any attacks on occupying Russian forces, the General Staff of Ukraine’s Armed Forces reported “a strike on Russian manpower and military equipment” though it did not reference any casualties.

The latest military setback for the Kremlin, which represents one of the deadliest attacks in the war so far, has reportedly infuriated some Moscow lawmakers and key Russian nationalist voices who are calling for the punishment of commanders whom they say ignored threats. Many have pointed out that the vast extent of the destruction at Makiivka resulted from the decision to store ammunition in the same barracks, despite commanders being fully aware that the site was well within the range of Ukrainian rockets.

Igor Girkin, a former commander of pro-Russian troops, said hundreds of troops had been killed or wounded, pointing out that military equipment at the site was uncamouflaged.

“What happened in Makiivka is horrible,” Archangel Spetznaz Z, a popular Russian military blogger, wrote on the Telegram messaging app.

“Who came up with the idea to place personnel in large numbers in one building, where even a fool understands that even if they hit with artillery, there will be many wounded or dead?” he demanded.

Sergei Mironov, a Russian lawmaker and former chairman of the Kremlin’s Senate, went a step further, calling for criminal prosecution of officials who had “allowed the concentration of military personnel in an unprotected building” and “all the higher authorities who did not provide the proper level of security”.

Footage of the aftermath of the blast posted on social media showed heaps of smoking rubble where the large building once stood.

Russian President Vladimir Putin’s inability to regain momentum in his protracted “special military operation,” undermined by a fierce Ukrainian counteroffensive augmented with Western-supplied weapons, has elicited growing criticism among some Russian circles of his military leadership.

The Institute for the Study of War said the Kremlin leader is trying to shore up support for his strategy among key voices in Russia.

“Russia’s air and missile campaign against Ukraine is likely not generating the Kremlin’s desired information effects among Russia’s nationalists,” the military think tank wrote late Monday in its latest assessment of the war.

“Such profound military failures will continue to complicate Putin’s efforts to appease the Russian pro-war community and retain the dominant narrative in the domestic information space,” it added.

ZELENSKYY: RUSSIA WANTS TO ‘EXHAUST OUR PEOPLE’ WITH INFRASTRUCTURE ATTACKS

In the aftermath of the Kremlin’s latest humiliating setback, Ukrainian President Volodymyr Zelenskyy warned that Russia will likely step up its campaign to break the will of the Ukrainian people with more drone strikes on critical infrastructure.

“We have information that Russia is planning a prolonged attack by Shaheds [Iranian-made exploding drones],” President Zelenskyy said in his nightly video address late Monday, adding that Moscow’s goal is to shatter Ukrainian resistance by “exhausting our people, our anti-aircraft defenses, our energy.” He cautioned that, in the coming weeks, “the nights may be quite restless.”

Ukraine, he said, had to “act and do everything so that the terrorists fail in their aim, as all their others have failed.”

Zelenskyy noted that his forces shot down over 80 drones in the first two days of the new year amid Russia’s nonstop nighttime attacks on Ukrainian cities.

“Every downed drone, every downed missile, every day with electricity for our people and minimal shutdown schedules are exactly such victories,” Zelenskyy said.

The Ukrainian leader made no mention of the Makiivka attack.

“(Russian forces) are used to having a complete advantage in both artillery and shells. Now we have reached parity and our artillerymen are shooting better, hitting more ammunition depots and barracks, while firing far fewer shots,” he said.

Overnight, Russian shelling was also reported in the northeastern Kharkiv region and the southeastern Dnipropetrovsk region.