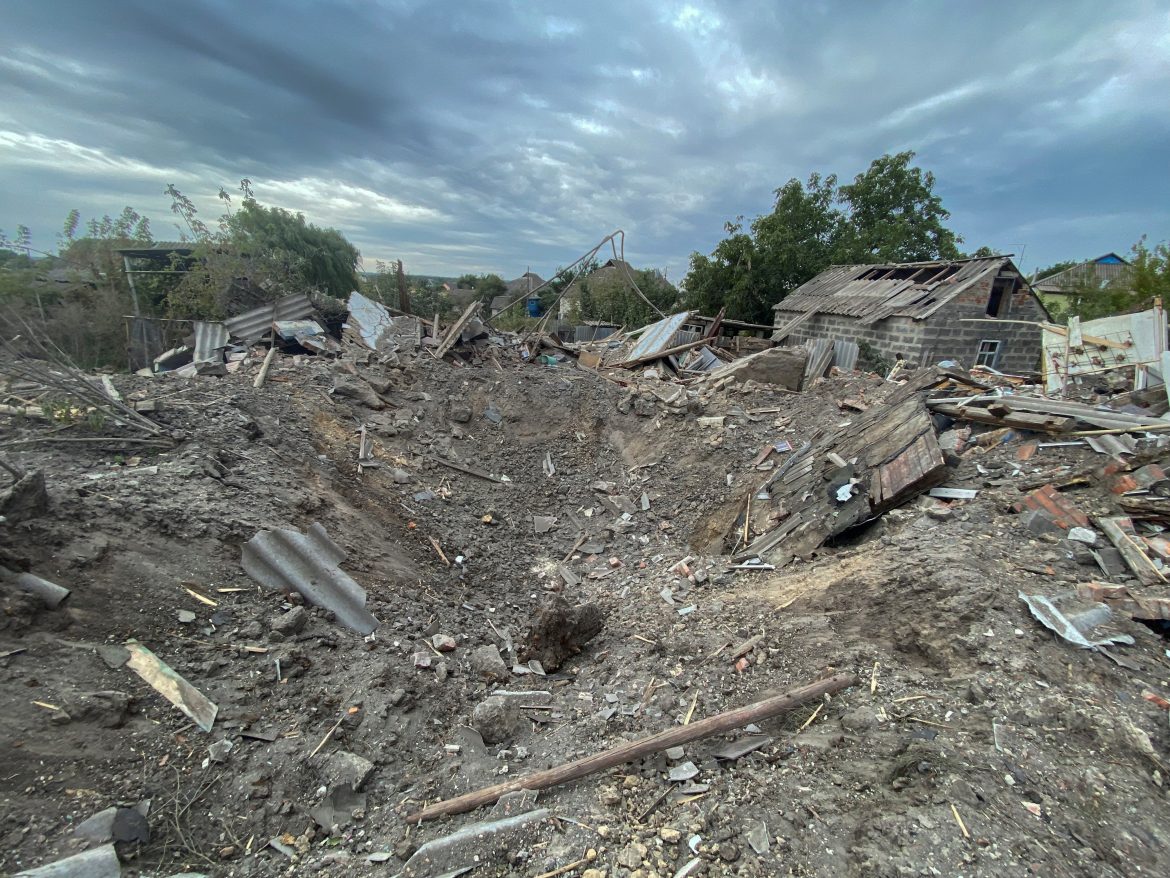 Ukraine’s military on Monday said its forces liberated 20 additional settlements in the region of Kharkiv over the past day and claimed that its troops have reached the Russian border “in some areas of the front,” according to an Associated Press report. The news further points to a stunning shift in the war since Russia’s February invasion.

“In some areas of the front, our defenders reached the state border with the Russian Federation,” said the regional governor of the northeastern Kharkiv region, Oleh Syniehubov.  Kharkiv is the site where Russian troops crossed the border into Ukraine on Feb. 24, marking the first day of the invasion.

The claims were backed by “international observers” cited by the news service who are now forecasting “dire times ahead for Russian troops.” Moscow obliquely confirmed the reports with an announcement that its military was regrouping.

A Ukraine intelligence report further confirmed the change in the military tide, stating that Russia has ordered the withdrawal of all troops west of the Oskil River near Kharkiv and that it is “struggling to bring sufficient reserves” to the front line near Kherson in the south.

According to the UK Defense Ministry, Russian forces will likely be forced to retreat from the entirety of occupied northern Kharkiv Oblast west of the Oskil River amid Ukraine's counteroffensive. pic.twitter.com/62LsVYkQqB

“Do you still think you can intimidate, break us, force us to make concessions? Did you really not understand anything? Don’t understand who we are? What we stand for? What we are talking about,” Zelenskyy crowed.

“Read my lips,” he continued. “Cold, hunger, darkness and thirst for us are not as scary and deadly as your ‘friendship’ and brotherhood.’ We will be with gas, lights, water and food… and WITHOUT you!”

Indeed, authorities in Kyiv reported that roughly 80% of Kharkiv’s electric power and water supplies have been restored following Russian attacks on Sunday that targeted power stations and other infrastructure.

The Institute for the Study of War said Monday that Russia likely does not have enough reserve forces needed to shore up its defenses in Ukraine.

“Russian forces are not conducting a controlled withdrawal and are hurriedly fleeing southeastern Kharkiv Oblast to escape encirclement around Izyum,” the Washington-based think tank wrote in an assessment released on Sunday.

While the war likely will stretch into next year, the institute suggested that “Ukraine has turned the tide of this war in its favor,” aided significantly by its forces’ effective use of Western-supplied weapons, including U.S.-made long-range HIMARS missile systems, coupled with strong battlefield tactics. “Kyiv will likely increasingly dictate the location and nature of the major fighting,” the report stated, noting that in just the past five days Ukrainian forces have captured “more territory than Russian forces have captured in all their operations since April.”

The celebratory mood was dampened somewhat Monday, however, with the news that at least four Ukrainian civilians were killed and 11 others were wounded in a spate of Russian attacks in several regions.

Forced shutdown of nuclear plant staves off fears of disaster, if only temporarily

Ukrainian operators conducted a forced shutdown of the endangered Zaporizhzhia nuclear power plant Sunday to avert a catastrophic meltdown following weeks of fighting in the region that cut the plant off from external power supplies. The emergency shutdown occurred after a backup power line connecting the plant to Ukraine’s power grid was restored, Reuters reported. The plant had been teetering on a meltdown as extensive damage forced it to rely on only one of its six reactors, already at reduced capacity, to continue safety operations.

President Zelenskyy commemorated the 21st anniversary of the Sept. 11 terrorist attacks on the U.S. in a Sunday tweet in which he drew comparisons between the deadly attacks that killed 3,000 Americans and the deaths and suffering of Ukraine has endured at the hands of Russia.

“Today we pay tribute to the memory of the victims of the terrorist attacks on September 11, 2001. This day is one of the most tragic in [American] history and the world,” Zelenskyy wrote. The leader remarked that his country “knows well what terrorism is, and sincerely sympathizes with the American people. Terrorism is an evil that has no place in the modern world!”

Today we pay tribute to the victims of 9/11. It is one of the most tragic days in the history of 🇺🇸 & the world. Facing missile attacks daily, 🇺🇦 knows well what terrorism is and sincerely sympathizes with the 🇺🇸 people. Terrorism is an evil that has no place in the modern world!

Zelenskyy has for months called on Western leaders to declare Russia a state-sponsor of terrorism.