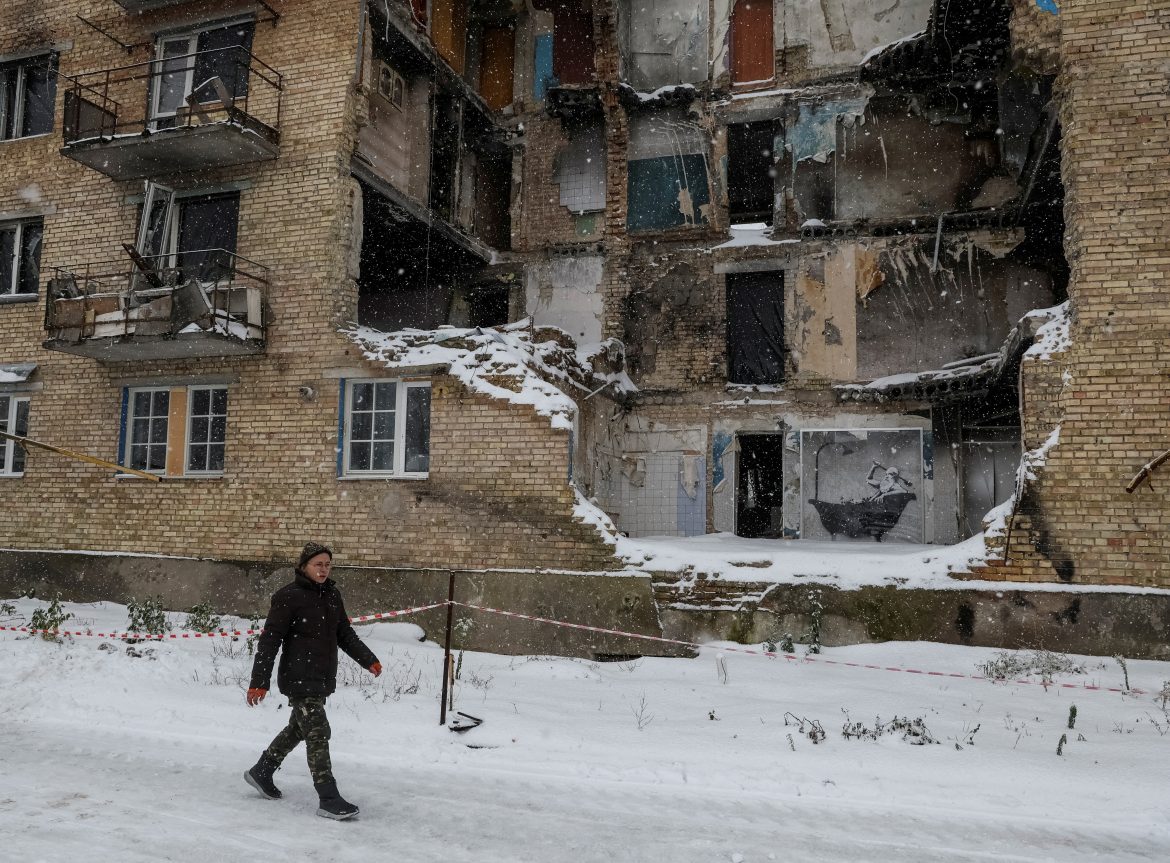 International Atomic Energy Agency (IAEA) chief Rafael Grossi said that it was unclear whether Russia or Ukraine was responsible for the explosions, describing the situation as a “close call,” Reuters reported.

The IAEA said that no casualties were reported and that radiation levels remained normal on Sunday.

Both Ukraine and Russia traded blame for the strikes, as they have done repeatedly since Russia seized control of Europe’s largest nuclear power station in March. Ongoing fighting and resulting damage to the plant has kept it teetering on the brink of a potentially catastrophic radiation leak.

IAEA investigators on the ground said that cooling pond systems, a reactor cable, and a bridge to another reactor and auxiliary buildings were also damaged in the most recent strikes. Grossi said that the IAEA team will conduct an assessment of the damage on Monday. However, Russian nuclear power operator Rosenergoatom said that it will decide what the team could inspect.

“If they want to inspect a facility that has nothing to do with nuclear safety, access will be denied,” Renat Karchaa, an adviser to Rosenergoatom’s CEO, told the Tass news agency.

The Zaporizhzhia power station supplied about one-fifth of Ukraine’s electricity before Russia’s invasion and has been forced to operate on backup generators multiple times. The reactors remain shut down. However, there is concern that nuclear fuel could overheat if power to the cooling systems is cut.

“The fiercest battles, as before, are in the Donetsk region,” Zelenskyy said, adding that poor weather had resulted in a slight decrease in attacks, but that “the amount of Russian shelling, unfortunately, remains extremely high.”

“In the Luhansk region, we are slowly moving forward while fighting. As of now, there have been almost 400 artillery attacks in the east since the start of the day,” he said.

Ukraine’s military on Monday said that its forces had repelled some attacks in the Donetsk region, while Luhansk and Kharkiv endured heavy shelling.

Kyiv military analyst Oleh Zhdanov said that Russia had launched an offensive on the Bakhmut and Avdiivka frontline in the Donetsk region, among others.

“The enemy is trying to break through our defenses, to no avail,” Zhdanov said in a social media video. “We fight back — they suffer huge losses.”

Ukraine says it will analyze video footage that has been circulating on Russian social media reportedly showing Ukrainian forces killing a Russian soldier or soldiers who were attempting to surrender. Russian authorities announced on Friday that they had opened a criminal probe into the alleged killings. However, Ukraine said that the videos were heavily edited and presented an inaccurate picture of what actually occurred.

“Of course, Ukrainian authorities will investigate this video,” Olha Stefanishyna, Ukraine’s deputy prime minister, said on the sidelines of a security forum in Nova Scotia. She added that “it is very unlikely” that the short video clips prove Moscow’s claims.

Workers continued working to try to restore power to some 10 million Ukrainians still living under widespread outages as a result of Russia’s weeks-long targeted strikes on Ukrainian infrastructure.

Kyiv Mayor Vitali Klitschko urged residents to prepare for blackouts, both scheduled and unscheduled, as the workers continue repairs.

“Worst case scenario. Actually, I don’t like to talk about that, but I have to be prepared if we (do not) have electricity, blackout, no water, no heating, no services, and no communication,” Klitschko told The Associated Press on Friday.

Kyiv authorities have set up 528 emergency points so far where residents will be able to stay warm, recharge their phones, and receive medical assistance. The heating stations have been fitted with special boiler rooms and will be powered by autonomous sources.

“We prepared and we (asked for) electric generators (from) our partners, which they send to us,” Klitschko said. “For this case, we have a reserve of diesel, (of) oil. We have a lot of warm stuff. We have medication.”

President Zelenskyy and First Lady Olena Zelenska attended a candlelit memorial ceremony commemorating the anniversary of Ukraine’s 2013-2014 uprising in Maidan. Around 50 demonstrators were killed amid protests against the leadership of pro-Moscow President Victor Yanukovych.

“Dear people! I said these words while standing right here on this particular day a year ago,” Zelenskyy said to the assembled crowd. “What has changed since then? A lot.

“Craters appeared on our land. There are checkpoints and anti-tank hedgehogs in our cities and villages,” he continued. “It may be dark on our streets. It may be cold in our homes. There are many changes, but they have not changed the most important thing. Because the most important thing is not outside, but inside. And it remains unchanged. And that’s why we will hold out. We will endure.”