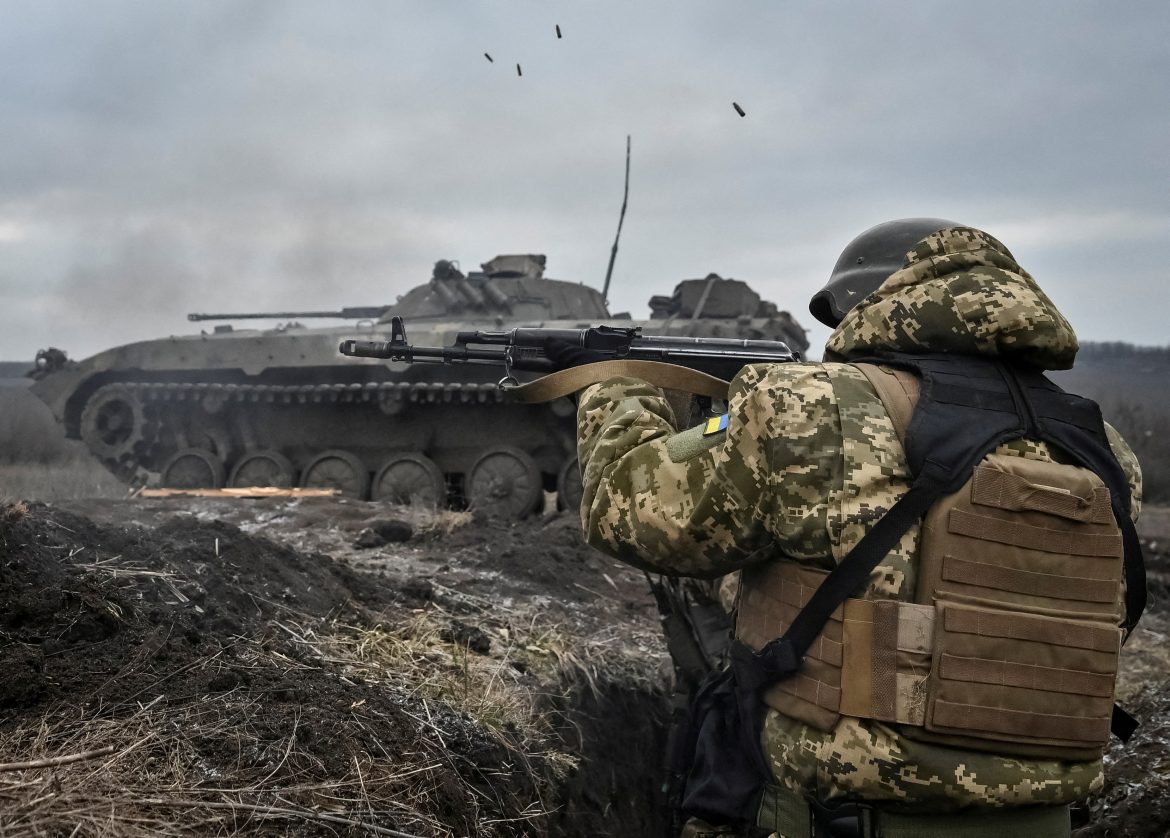 In what would represent a stunning course reversal, the Biden administration is expected to announce plans — possibly as soon as today — to send dozens of M1 Abrams tanks into Ukraine according to an Associated Press report.

The administration until this point has supplied Kyiv with only defensive weapons, in keeping with its policy of avoiding actions that could provoke Russia and draw the U.S. into the war. Officials previously cited logistical hurdles and the need for extensive training on the Abrams as the reason behind the administration’s reluctance to supply the tanks.

A Pentagon official speaking on condition of anonymity said the date for delivery is yet to be determined. The AP noted that, by declining to specify a delivery date for the Abrams, the U.S. can appease German Chancellor Olaf Scholz, who has demanded a U.S. commitment to send the tanks, without committing to a specific date.

The unofficial announcement from Washington appears to have been made in coordination with Berlin’s confirmation Wednesday that it had approved Poland’s request to send German-made Leopard 2 tanks to Ukraine.

The developments reflect increased pressure, both from Ukraine and among its partners and allies, to churn out more and more weapons for Kyiv as the war grinds closer to the one-year mark.

U.S. officials said details on the Abrams tanks are still being worked out, though one official told reporters that the tanks would be purchased through an upcoming Ukraine Security Assistance Initiative package that will provide broader funding for the purchase of weapons and equipment from commercial vendors.

A day after three senior Ukrainian officials abruptly resigned from their positions, five front-line governors were sent packing as part of a sweeping corruption crackdown that has exposed widespread and shocking abuse of military and rebuilding funds at a time when the West continues to pour billions of dollars into Kyiv’s defense and rebuilding efforts in the war with Russia.

Kyiv authorities did not announce any criminal charges, nor did they provide an explanation for the rapid-fire resignations.

It was also recently revealed that, on Sunday, Kyiv’s deputy infrastructure minister, Vasyl Lozynsky, was fired for his alleged role in a secret network that embezzled budget funds.

Lozynzky was reportedly caught red-handed by authorities as he collected a $400,000 bribe to fix contracts for the repair and restoration of facilities destroyed by Russian missile strikes. Lozynsky was immediately placed on house arrest with a monitoring device and ordered to surrender his passport, according to Infrastructure Minister Oleksandr Kubrakov.

The U.S. and other nations have called on Zelenskyy to address his country’s longstanding and well-known rampant corruption problem which threatens to blight Ukraine’s chances of being admitted into the European Union and the NATO military alliance.

While Zelenskyy cleans house, the oustings and what they reveal about the level of corruption in Ukraine – particularly concerning the misappropriation of funds – comes as Republican lawmakers are demanding an audit of the tens of billions the U.S. has provided to Ukraine since the Feb. 24 invasion, including exactly how those funds are being spent and by whom.

The revelations also coincide with increased Republican scrutiny of the Biden family’s shadowy overseas business ventures, including Hunter Biden’s close ties to Ukrainian oligarch Mykola Zlochevsky who owns Burisma, one of Ukraine’s largest private natural gas producers. Zlochevsky, who once served in public office, has been the subject of several fraud investigations, though he was never convicted, according to a 2020 NS Energy report.

Hunter Biden served on Burisma’s board during his father’s vice presidency, for which he was compensated $1 billion annually. The New York Post reported in May of 2021 that Burisma cut Hunter Biden’s salary in half two months after Joe Biden left office. In an email discovered on the younger Biden’s infamously abandoned laptop, Hunter invited Burisma executive Vadym Pozharskyi to meet then-vice president Biden at a dinner in Washington DC in April of 2015, according to the report.

President Biden has maintained that he knows nothing about the Biden family business run by his son and brother, James Biden.