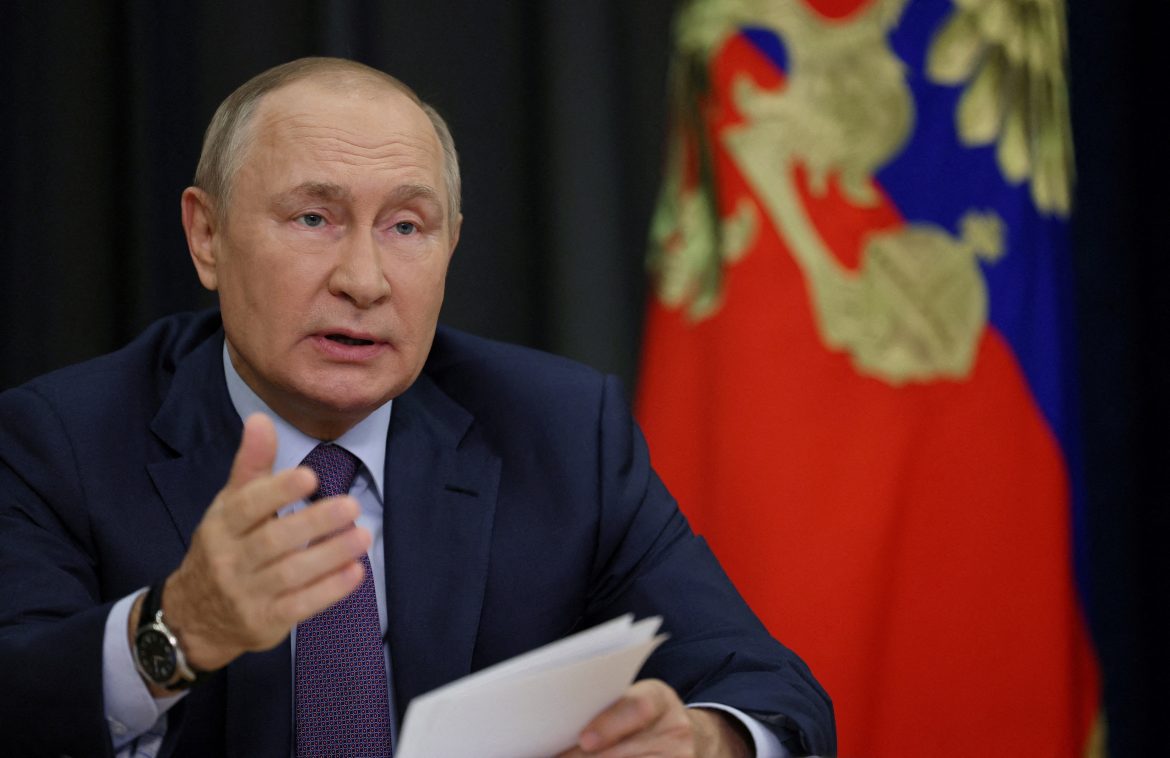 Russia is poised to formally annex four regions in southern and eastern Ukraine following a forced vote on the measure. Some analysts warn that the move could be a precursor to nuclear warfare as Russia will assert that any Ukrainian defense of the annexed regions is an attack on Russia itself.

Pro-Moscow administrations in the occupied Luhansk and Kherson regions and Russian-controlled areas of the Donetsk and Zaporizhzhia regions said late Tuesday that their residents voted overwhelmingly to approve the referendums, though Kyiv and the West denounced the forced voting as a “sham.”  Russian-installed officials said Wednesday that they will ask President Vladimir Putin to proceed with incorporating the territory into Russia.

One citizen of the Kherson region told Reuters that the referendum vote was completely staged and would be laughable if it weren’t so serious.

“They can announce anything they want. Nobody voted in the referendum except a few people who switched sides. They went from house to house, but nobody came out,” the man said.

Ukraine’s foreign ministry blasted the vote as “a propaganda show” and “null and worthless.”

“Forcing people in these territories to fill out some papers at the barrel of a gun is yet another Russian crime in the course of its aggression against Ukraine,” the ministry said in a statement, the Associated Press reported. It asked the EU, NATO, and the Group of Seven major industrial nations to “immediately and significantly” step up pressure on Russia through new sanctions.

Volodymyr Zelenskyy called on the West to step up military and financial support for Ukraine in a video link speech to the U.N. Security Council made over Russia’s objections. The Ukrainian leader said the “sham referendums” and attempts to annex Ukrainian territory calls for nothing short of Russia’s “complete isolation.” He said increased support for his country is necessary to ensure “clear and legally binding guarantees of collective security” in response to Russia’s latest grab for Ukrainian territory.

The U.S. ambassador to the United Nations, Linda Thomas-Greenfield, said in a tweet late Tuesday that Washington would propose a U.N. Security Council resolution to condemn Russia’s “sham” vote and urge member states not to recognize any altered status of Ukraine.

The number of Russians fleeing a military draft is now estimated to have reached 200,000. Draft-aged men, sometimes accompanied by their families, have been pouring into neighboring Georgia, Kazakhstan, Poland, and Finland since Putin announced the draft on September 21.

Lines of fleeing Russians stretched for nearly 10 miles at some checkpoints, with many abandoning their cars to cross by foot or bicycle. Media reports also said around 3,000 Russians entered Mongolia, which also shares a border with the country.

Despite Defense Minister Sergei Shoigu’s assurances that only those who have previous combat or other military service experience would be among the 300,000 men conscripted, reports from various regions of the country suggest that recruiters have been rounding up men outside of that framework.

Meanwhile, In the eastern Ukrainian region of Donetsk, which is partially occupied by Moscow, Russian fire killed five people and wounded 10 others over the last 24 hours, according to local military authority head Pavlo Kyrylenko.

Authorities in the southern Ukrainian city of Nikopol reported that Russian rockets and artillery pounded the city overnight, striking nearly a dozen high-rises and residential buildings as well as a school, Valentyn Reznichenko, the head of the local military administration, said.