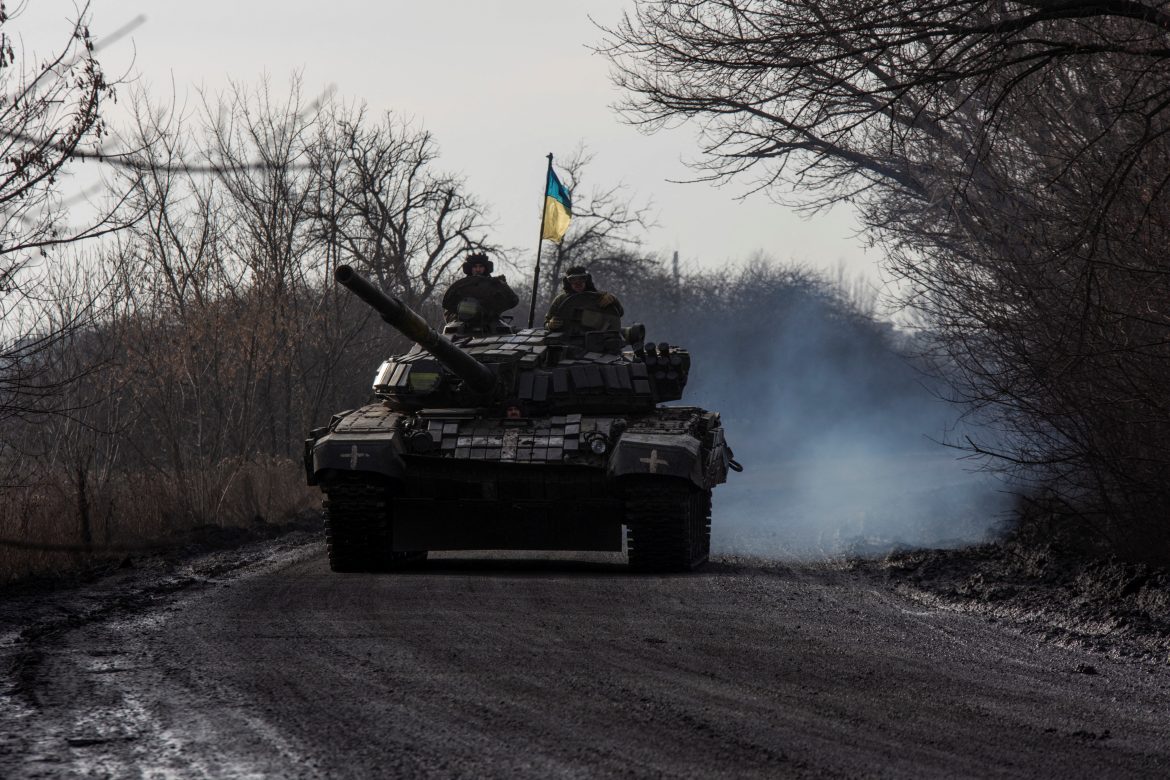 Western leaders failed to reach an agreement on Friday regarding the supply of advanced combat tanks to Ukraine.

At question is the German-made Leopard 2 tanks, one of the leading battle tanks currently in existence, and if they can be supplied to Ukraine. In recent months, Kyiv has asked for hundreds of sophisticated battle tanks to continue pressuring Russia before the nation regroups and resupplies.

However, the issue shows the balancing act that Western nations play between supporting Ukraine and provoking Russia. A weekend dispute on the matter during a meeting of 50 defense leaders stalled without an agreement reached.

In response, Ukrainian presidential advisor Mykhailo Podolyak said that the defense leaders’ “indecision is killing more of our people.”

Afterword to global indecision…
You'll help Ukraine with the necessary weapons anyway and realize that there is no other option to end the war except the defeat of🇷🇺
But today's indecision is killing more of our people. Every day of delay is the death of Ukrainians. Think faster

Because the Leopard 2 is German-made, Berlin’s approval is necessary for other NATO countries like Poland to supply the tanks to Ukraine.

Contrary reports exist about the status of the debate.

Officially, Berlin says they are looking into the logistics of supplying tanks as well as the pros and cons of making that decision.

“We will make our decisions as soon as possible,” said German Defense Minister Boris Pistorius outside of the meeting, claiming the ministry was looking into their own tank stocks to prepare for a possible green light on the plan.

However, the U.S. has unofficially said Germany is hesitant to send Leopard tanks unless U.S.-made Abrams tanks are also present on the Ukrainian battlefield. AP News cites one anonymous White House official as saying the position is “bewildering” because of the logistical issue of supplying jet fuel for Abrams and because Britain has already agreed to provide some combat tanks.

German government spokesman Stefen Heberstreit denied that Berlin’s decision will be linked to the U.S.’s own choice.

One reason that Ukraine desires the combat tanks is so they can prepare for a strong spring offensive against Russia’s troops. However, U.S. military advisors have urged Ukraine to reconsider this operation.

“From a military standpoint, I still maintain that for this year, it would be very, very difficult to militarily eject the Russian forces from every inch of Russian-occupied Ukraine,” U.S. General Mark Milley said at a news conference during the defense meeting in Ramstein.

As the war approaches the one-year mark, the significant strides that Ukraine made to recapture its sovereign territory has ground to a halt. Meanwhile, their civilian losses have mounted after a Russian missile strike on a Dnipro apartment block last week resulted in 44 confirmed dead with an additional 20 missing.

While it remains to be seen if the Leopards will be making an appearance on the battlefield in the coming months, however, the nations have pledged to supply additional weaponry and air defense systems. This includes some military vehicles and maintenance and ammunition for older systems already supplied to Ukraine.

“Ukraine is not dependent on a single platform,” U.S. Defense Ministry Lloyd Austin said to reporters at the end of Ramstein.

The Kremlin has said that NATO countries are mistaken about how weapons will ultimately impact the war and that the West will regret its “delusion” that Kyiv could emerge victoriously on the battlefield.

The leader of the Russian private military contractor Wagner Group responded to sanctions placed by Washington on Saturday.

“Dear Mr. Kirby, Could you please clarify what crime was committed by PMC Wagner,” Yevgeny Prigozhin, founder of the organization, asked in the headline for a short letter.

On Friday, Pentagon spokesman John Kirby announced that Wagner would be designated as a significant Transnational Criminal Organization. This designation comes with sanctions on the company.

The Wagner group has also been active in Syria, Libya, the Central African Republic, Sudan, Mozambique, and Mali. Washington imposed sanctions in 2017, shortly after the group first formed, and again in December. The European Union also placed sanctions on the paramilitary organization in December 2021.

Meanwhile, Prigozhin is wanted by the U.S. for a public admission of interference in U.S. elections.