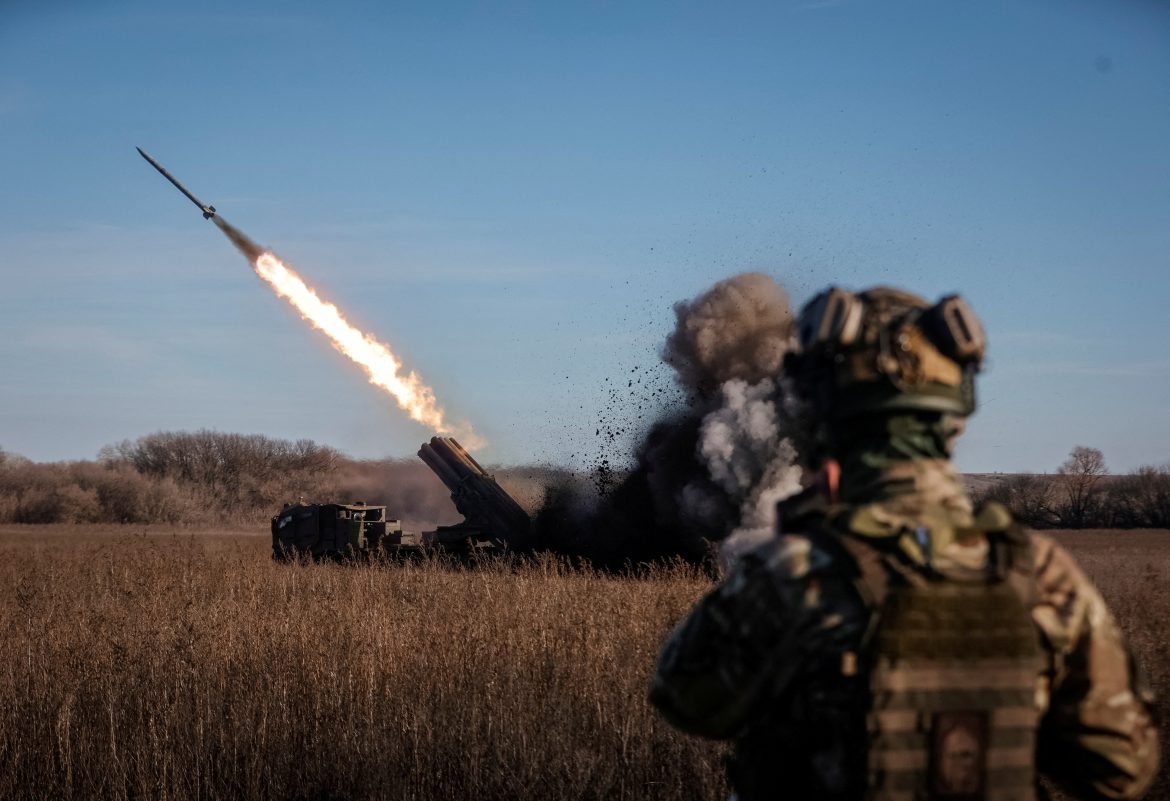 Ukraine’s President Zelenskyy on Wednesday announced that a “powerful countermeasure” is coming against Russian forces and that Ukraine is pursuing “new solutions” to counter continued attacks on its infrastructure, The Hill reported Thursday.

“We are analyzing the intentions of the occupiers and are preparing a countermeasure — an even more powerful countermeasure than now,” Zelenskyy said Wednesday in his nightly video address.

Without going into details, the president said that his forces are focused on several regions where intense fighting has been reported, including Donetsk, Kharkiv, Luhansk, Zaporizhzhia, and Kherson, as well as Russian-controlled Crimea.

“We considered the issue of providing for the military and supplying new equipment and ammunition. I separately held a meeting on energy and communication issues … We are preparing new solutions. We are also preparing new solutions to prevent any opportunity for Russia to manipulate the internal life of Ukraine. We will provide details in due time,” Zelenskyy said.

Weeks-long Russian missile and drone attacks on Ukrainian energy and infrastructure have left millions without power, heat, and water as temperatures hover around freezing.

U.S. Secretary of State Antony Blinken on Wednesday condemned the attacks as “barbaric” and accused Russia of intentionally inflicting suffering and misery on the Ukrainian people.

Russian Foreign Minister Sergey Lavrov shot back on the accusation, telling reporters Thursday that strikes are intended to “knock out energy facilities that allow you to keep pumping deadly weapons into Ukraine in order to kill the Russians,” the Associated Press reported. Lavrov also accused the U.S. and NATO of being directly involved in the conflict.

Ukraine’s foreign minister declined to answer a reporter’s question as to whether the U.S. agreed to provide Kyiv with long-requested Patriot missiles following a closed-door meeting with Secretary of State Antony Blinken Wednesday at the tail end of a three-day summit in Romania where Western leaders discussed ongoing support for Ukraine.

Ahead of his one-on-one meeting with Blinken, Kuleba said that Ukraine had received “a number of commitments, new commitments, from various NATO members with regard to providing Ukraine with more defensive weapons and energy equipment.”

Kuleba stressed that Ukraine’s immediate needs are electrical equipment and more advanced air-defense systems than what has been supplied so far by the West to help Ukrainian forces intercept Russian bombs and drones, which they need to block infrastructure strikes and losses.

“The best way to help the Ukrainian energy system is to provide both spare parts to restore [the] energy system and air defense systems and ammunition to defend Ukraine’s energy system from further missile terror conducted by Russia,” Kuleba said.

Meanwhile, Ukraine’s military reported that Russian forces tried to advance in eastern Ukraine and said Kherson in the south was targeted with tank, mortar, and artillery fire. The recently liberated city of Kherson lost its power supply as a result of heavy shelling by Russian forces, according to the regional governor.

Spain has stepped up security measures at its diplomatic and public buildings following a recent string of letter bombs targeting government offices. A similar bomb arrived at the Ukrainian embassy in Madrid, causing minor injuries to an official, Reuters reported.

Spain’s Interior Ministry reported Thursday that an “envelope with pyrotechnic material” addressed to Prime Minister Pedro Sanchez was intercepted and disarmed by his security staff.

The Defense Ministry and a Spanish arms firm were also targeted, along with the Ukrainian embassy, according to a ministry spokesperson. Additional information has not yet been released. The motive for the terroristic attacks is unknown at this time, though due to the bomb targeting the Ukrainian embassy, some are speculating it could be related to the Ukraine/Russia war.

Islamic State leader Quraishi blew himself up after being surrounded