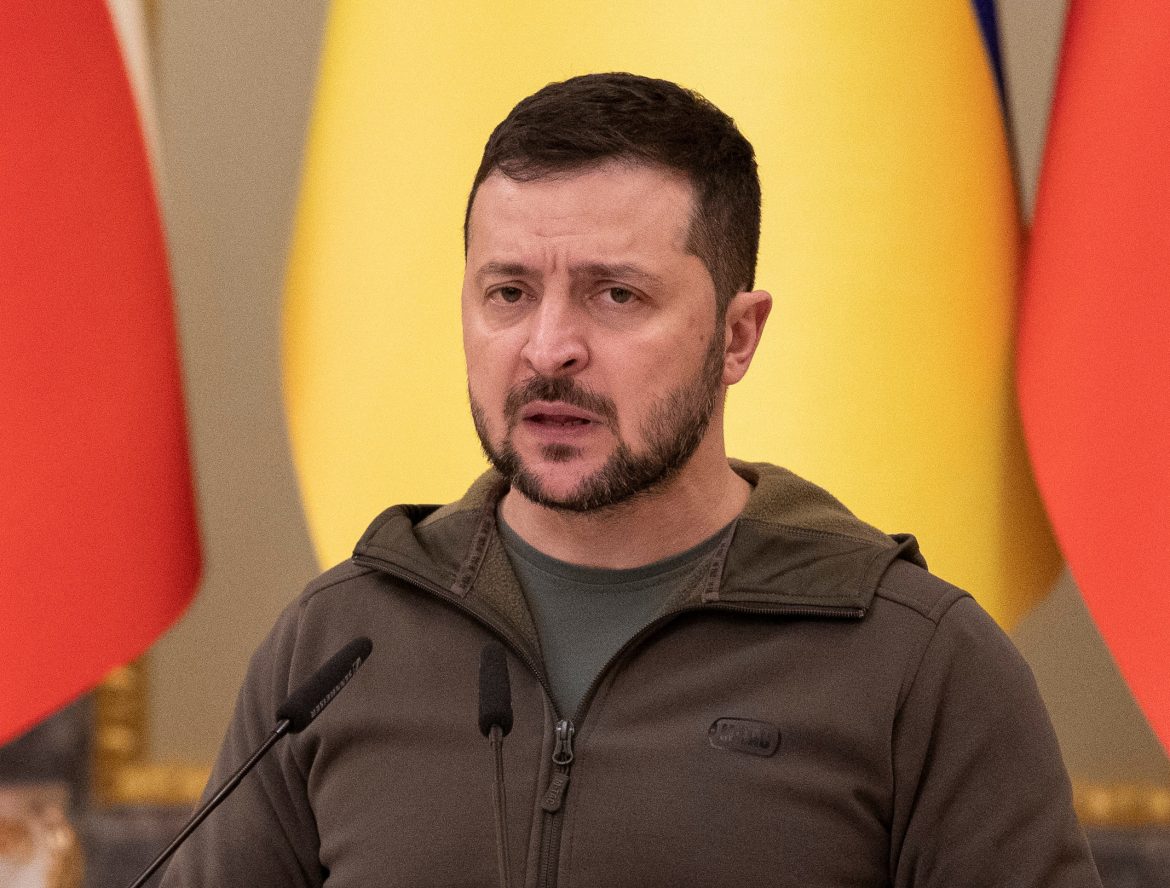 Ukraine’s Zelenskyy said he is open to “genuine” talks with Russia only if they include the restoration of Ukraine’s borders, compensation for Russian attacks, and punishment for those responsible for war crimes. In other words, only if the talks go completely his way.

The remarks came a day after The Washington Post reported that the Biden administration was privately attempting to persuade Ukraine to express a willingness to participate in negotiations to end the war in order to maintain support from the West.

The Ukrainian leader added that, unless these terms are met, Kyiv will continue its fight against Russian occupiers, even if it is “stabbed in the back” by its allies, Reuters reported.

Presidential senior advisor Mykhailo Podolyak backed Zelenskyy’s statement, asserting that Ukraine has never refused to negotiate with Russia and has remained open to talks with its future leader but not with current President Vladimir Putin.

“Negotiating with Putin would mean giving up, and we would never give him this gift,” Podolyak said in an interview with Italy’s La Repubblica newspaper published on Tuesday. “The Russian army will leave Ukrainian territory, and then dialogue will come.”

“Russia, negotiations. The main condition of the President of Ukraine is restoration of Ukrainian territorial integrity,” Danilov wrote on Twitter. “Guarantee – modern air defense, aircraft, tanks, and long-range missiles. Strategy – proactive steps. Russian missiles must be destroyed before launch in the air, on land, and at sea.”

FISM previously reported that The Post article cited sources “familiar with the discussions” who said that White House national security advisor Jake Sullivan had privately urged Kyiv to signal a readiness to engage in talks with Moscow in order to reassure allies whose economies have been hard hit by the war and to mitigate the risk of a broader conflict that could include nuclear warfare.

“Ukraine fatigue is a real thing for some of our partners,” an unnamed US official told the outlet.

The Biden administration has so far not commented on the Post report.

White House spokeswoman Karine Jean-Pierre told a press briefing on Monday that “people claim a lot of things about conversations” the U.S. “has or doesn’t have” and that she did not have “any specific conversations” to relay in response to a reporter’s question about the article.

She went on to say that the administration “reserve[s] the right to speak directly at senior levels about issues of concern to the United States” and that it is “focused only on risk reduction in the U.S.-Russia relationship.”

“We continue to adhere to our basic principle of ‘nothing about Ukraine without Ukraine,’” she continued, adding that the administration has “been careful to protect the timing and the content of the conversation so that we have the continuing ability to reach Russia and these lines of communication are not cut off.  And that’s how we have moved forward over the last several months here.”

In his nightly video address on Monday, President Zelenskyy said the Donetsk region in Ukraine’s east remained the “epicenter” of fighting, noting that hundreds of Russian troops have been killed each day.

Russia’s defense ministry, meanwhile, has denied reports that one of its naval infantry units had endured significant losses of men and equipment in a futile offensive in eastern Ukraine.

Historically nonaligned Sweden and Finland both applied for membership in the military alliance following Russia’s Feb. 24 invasion of Ukraine amid fears that they could also be targeted by the Kremlin. While a plurality of alliance members moved swiftly to formally approve the bids, Turkey has continued to withhold its consent, pressuring the two nations to crack down on Kurdish rebels Ankara considers to be terrorists. Erdogan has also called for an end to an arms embargo that followed Turkey’s 2019 incursion into northern Syria to fight Kurdish militants. Sweden announced last month that it would lift the embargo.