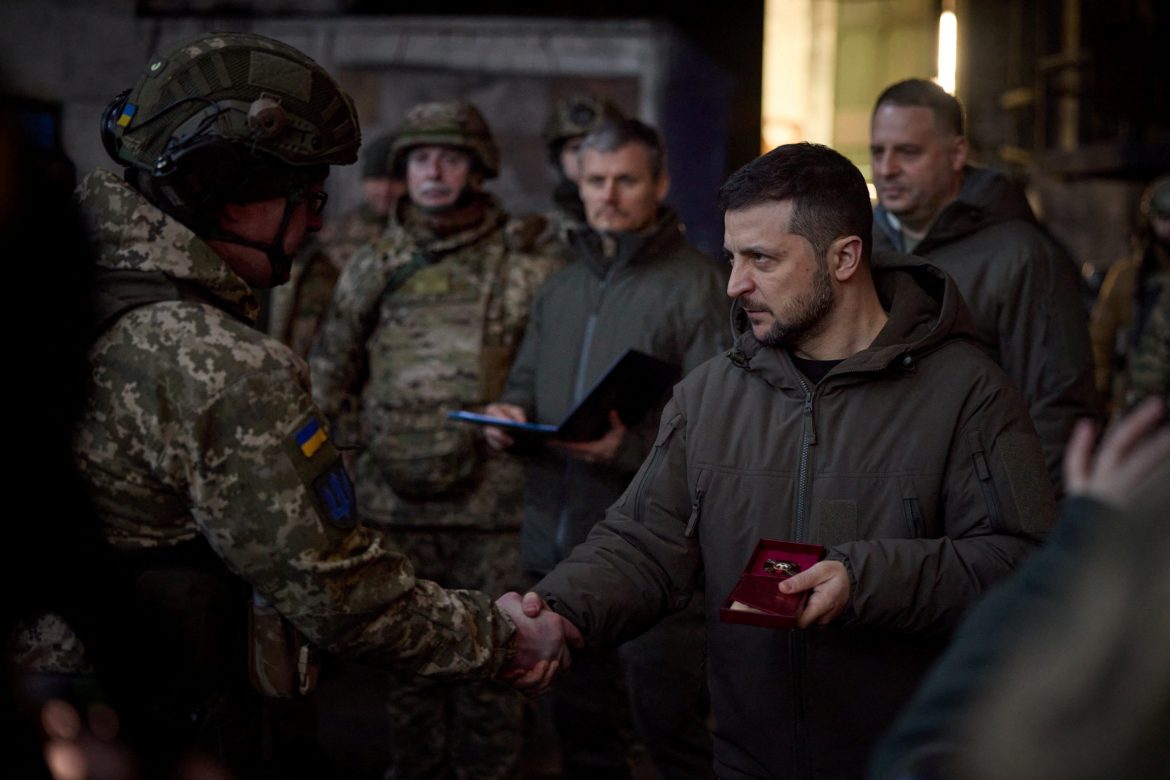 Ukraine’s President Zelenskyy is expected to arrive in Washington D.C. today, where sources say he will meet with President Joe Biden at the White House, take questions from the press, and address Congress on Capitol Hill, The Associated Press reported.

White House officials said the visit will help underscore Biden’s message that the U.S. will do everything within its power to help Ukraine for as long as it takes to defend itself against Russian forces. The meeting was arranged following a Dec. 11 call between Zelenskyy and Biden but had been kept under wraps for security purposes.

The visit will mark Zelenskyy’s first known trip outside of Ukraine since Russia’s February 24 invasion and comes as lawmakers prepare to vote on a year-end government spending package that includes $45 billion in additional aid for Ukraine.

Democrats included the aid in the $1.7 trillion omnibus bill with the goal of ensuring continued U.S. support for Ukraine after Republicans take control of the House in January. A growing number of conservative lawmakers have become increasingly wary of what they have called the Biden administration’s “blank-check” spending on Ukraine. House Republicans last month introduced legislation to audit the billions in funds allocated to Kyiv.

Zelenskyy’s visit also comes on the day the Pentagon is set to announce another $1.8 billion in military aid to Ukraine in a massive package that includes a long-asked-for Patriot missile battery and precision-guided bombs for Ukraine’s fighter jets, according to U.S. officials who spoke with reporters on condition of anonymity.

The latest tranche of U.S. funding for Ukraine is the largest to date and well above Biden’s $37 billion emergency request. The package will include about $1 billion in weapons from Pentagon stocks and another $800 million in funding through the Ukraine Security Assistance Initiative.

The advanced weaponry included in the package also signifies a shift in U.S. posture that blurs the fine line Washington carefully drew at the beginning of the war, in terms of providing Ukraine with humanitarian and defensive aid without provoking Russia. Moscow’s U.S. embassy last week warned of “unpredictable consequences” should Washington decide to supply Kyiv with Patriot missiles, saying that such a move would be considered “provocative.” Russia’s Foreign Ministry said that the Patriot and any crews accompanying it would be legitimate targets for Russian forces.

In a call with reporters, Kremlin spokesman Dmitry Peskov said that continued Western arms supplies to Ukraine would lead to a “deepening” of the conflict which he warned could backfire on Kyiv.

“The supply of weapons continues and the range of supplied weapons is expanding. All of this, of course, leads to an aggravation of the conflict,” Peskov said, adding “This does not bode well for Ukraine.”

The White House, however, is pushing back on the idea that the Patriot delivery represents an escalation of U.S. involvement on behalf of Ukraine. A senior administration official, who spoke to reporters on condition of anonymity, said that the president has been clear from the beginning that the U.S. would “lean forward” in supporting Ukraine but is “not seeking to engage in direct war with Russia.”

The package also includes an undisclosed amount of Joint Direct Attack Munitions kits (JDAMs), according to U.S. officials. The JDAMs would be used to fit large bombs with precision navigation systems so they can be guided to a target, as opposed to being dropped from a fighter jet.

It’s not clear exactly when the Patriot battery will make it to the front lines in Ukraine since U.S. troops will have to train Ukrainian forces on how to use the high-tech system — a process that could take several weeks. The training is expected to take place at the U.S. Army installation and training area in Grafenwoehr, Germany.

Elsewhere, former Russian president Dmitry Medvedev made an unannounced trip to China, arriving in Beijing early Wednesday where he held talks with Chinese President Xi Jinping, Reuters reported. Medvedev, who now serves as deputy chairman of Russia’s Security Council, said the two discussed the Ukraine conflict and the two countries’ “no-limits” strategic partnership in a video posted to his Telegram channel showing him smiling for photos with Xi and a meeting between Chinese and Russian officials

“We discussed cooperation between the two ruling parties of China and Russia … bilateral cooperation within our strategic partnership, including on the economy and industrial production. We also discussed international issues — including, of course, the conflict in Ukraine,” Medvedev said, adding “The talks were useful.”