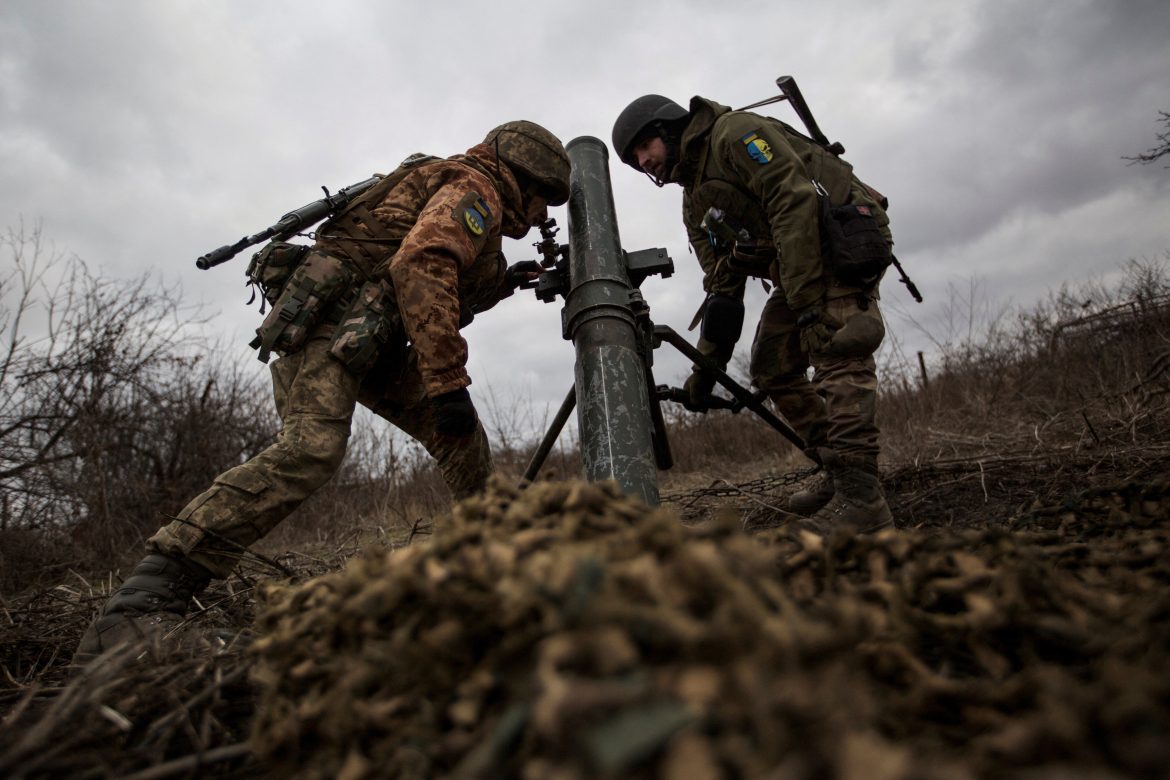 Ukrainian President Volodymyr Zelenskyy continued his unceasing campaign for more foreign money and weapons to shore up Ukraine’s firepower. French President Emmanuel Macron said that his government would send in AMX-10 RC armored combat vehicles. However, Zelenskyy responded that, while he appreciated the gesture, “There is no rational reason why Ukraine has not yet been supplied with Western tanks.”

President Joe Biden on Wednesday said the U.S. is considering sending Bradley Fighting Vehicles to Kyiv, replying “Yes” when asked by a reporter if the option was on the table. While Bradleys are equipped with powerful guns, Kyiv has repeatedly requested more modern U.S.-made Abrams tanks, which feature heavier armor and a 120 mm gun, versus the Bradleys’ 25 mm.

The Department of Defense is expected to announce another package of weapons to aid in Ukraine’s defense, on top of over $21 billion in security assistance that has already been provided to Kyiv.

Meanwhile, the regional governor of Luhansk, Serhiy Haidai, said Ukrainian troops have been liberating occupied territory “step-by-step” but that progress was “not happening fast.” He added that fighting will likely escalate along the eastern front as the ground freezes.

“Then the opportunity to use heavy equipment will open up,” he said.

Luhansk and neighboring Donetsk comprise the Donbas region in Ukraine’s industrial heartland, portions of which were seized by Kremlin-backed proxies in 2014.

Ukraine’s military said it estimated that roughly 800 Russian troops were killed in the past day, with the majority of casualties occurring in Donetsk, but said Russian air, rocket, and missile attacks on Bakhmut, Kostiantynivka, and Kurakhove, resulted in an unspecified number of civilian casualties.

US PUSHES BACK ON RUSSIA’S CLAIM IT DESTROYED HIMARS

The White House on Wednesday said there was no confirmation of reports from Moscow that the Russian military had destroyed a U.S.-supplied HIMARS system in Ukraine.

In a Wednesday call with reporters, U.S. national security spokesperson John Kirby said: “I’ve seen Russian claims that they hit a HIMAR system, and in response to this, we have no information to confirm that report.”

HIMARS were reportedly used in Sunday’s attack on a Russian military base that the Kremlin said killed nearly 90 of its troops, though Ukraine’s military, without claiming direct responsibility for the attack, said that the number was closer to 400.

NATO Secretary-General Jens Stoltenberg said on Thursday that it would be unwise to underestimate Russia or President Vladimir Putin’s ambitions in Ukraine, despite a multitude of military setbacks the Kremlin has endured in recent months.

“They have shown a great willingness to tolerate losses and suffering,” Stoltenberg told a business conference in Norway.

“We have no indication that President Putin has changed his plans and goals in Ukraine. So it’s dangerous to underestimate Russia,” he added.