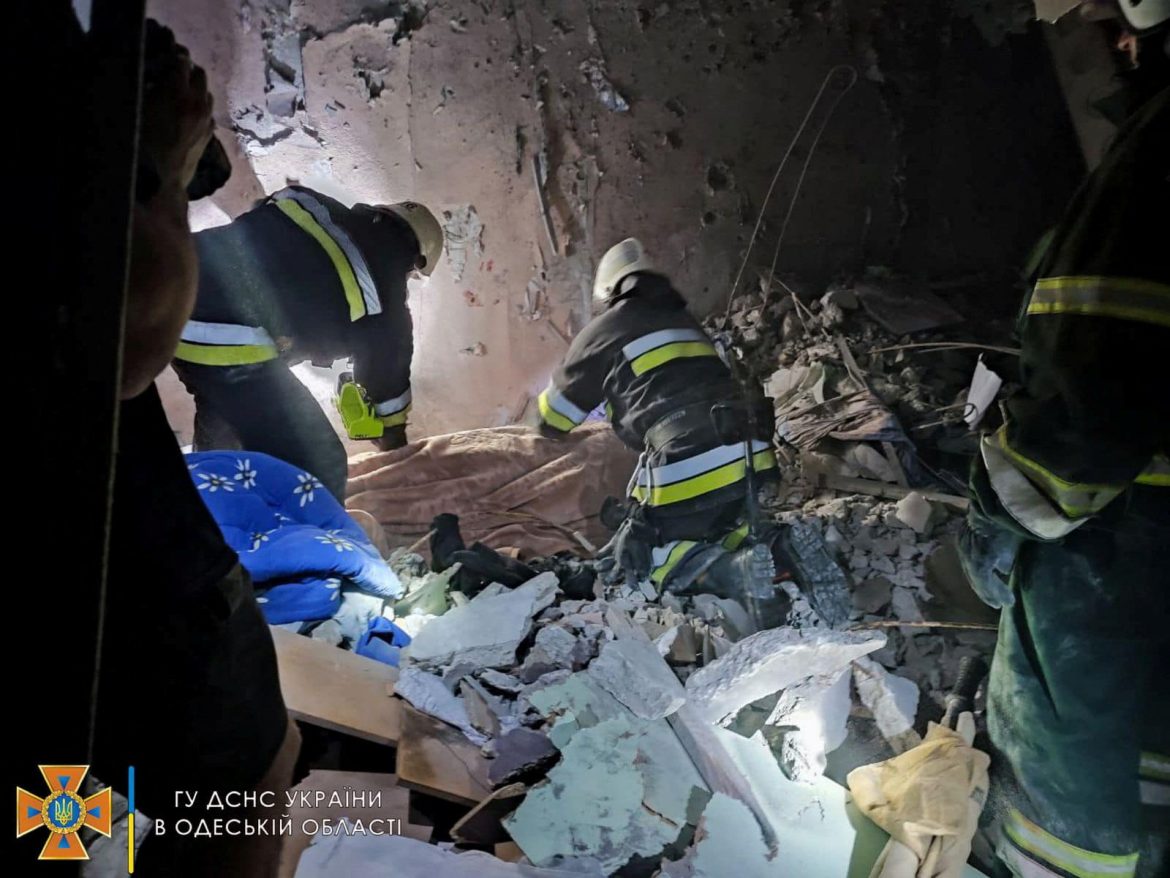 Ukrainian President Volodymyr Zelenskyy’s office said Russian bombers struck an occupied apartment building and two campsites with X-22 missiles. Ukraine’s Security Service said two children were among the dead and that 38 people, including six children and a pregnant woman, were hospitalized with injuries.

The pre-dawn attack came only a day after Russian forces withdrew from nearby Snake Island in what Moscow described as a “goodwill gesture.” The pullout was largely expected to lower the threat to Odesa, Ukraine’s largest port. This attack has once again drawn harsh criticism from around the world, as despite Russia’s claims that it is not targeting civilians, multiple bombings have struck structures that had no military significance, including hospitals, apartment buildings, malls, and theaters.

“A terrorist country is killing our people. In response to defeats on the battlefield, they fight civilians,” said Andriy Yermak, the chief of staff to Ukrainian President Volodymyr Zelenskyy.

President Zelenskyy said Thursday that, while Russia’s withdrawal from Snake Island was not a guarantee that the Black Sea region would be safe, it would “significantly limit” Russian activities there.

“Step by step, we will push (Russia) out of our sea, our land, our sky,” he said in his nightly address.

Elsewhere, along the eastern front in Ukraine’s Donbas region, Russian forces fought for control of an oil refinery in Lysychansk as they continued their push to encircle the last bastion of resistance in Luhansk, one of two provinces that make up the Donbas.

“The shelling of the city is very intensive,” Luhansk Gov. Serhiy Haidai told The Associated Press. “The occupiers are destroying one house after another with heavy artillery and other weapons. Residents of Lysychansk are hiding in basements almost round the clock.”

Haidai said the main highway leading west could not be used due to constant Russian shelling, making evacuations “impossible.”

Ukraine’s presidential office also reported that Russian strikes also killed four civilians in the Kharkiv region in the northeast and another four in the Donetsk province.

Putin fires back at Western leaders

Vladimir Putin shot back at Western leaders who mocked shirtless photos of the Russian president at a G7 summit in Germany this week. British Prime Minister Boris Johnson and his Canadian counterpart, Justin Trudeau, exchanged guffaws over multiple images of a bare-chested Putin engaged in athletic pursuits, including horseback riding, that have appeared in the press over the past several years.

Putin was asked about the jocularity at his expense during a visit to Turkmenistan on Thursday, where he told reporters, “I don’t know how they wanted to get undressed, above or below the waist…But I think it would be a disgusting sight in any case.”

Putin also had a word of advice for the leaders, pointing out that, in order to improve their appearance, they should “stop abusing alcohol and other bad habits, do physical exercise and take part in sports.”