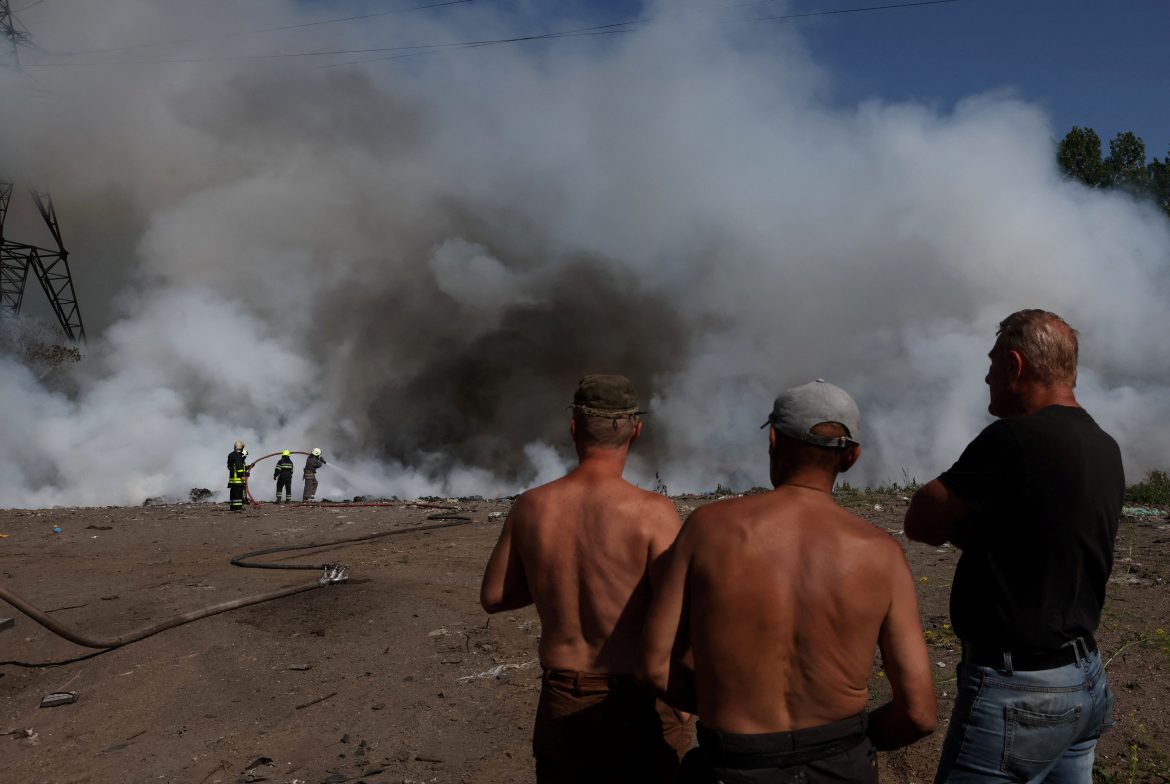 Two American men captured in Ukraine are reportedly awaiting trial in the Kremlin-backed separatist Donetsk region in eastern Ukraine, according to Reuters, citing an Interfax report.

Russia confirmed on Monday that Andy Huynh and Alexander Drueke, both from Alabama, were taken prisoner by Russian soldiers in the region of Kharkiv, which borders Donetsk to the north. The men are said to have traveled to Ukraine in April, telling family members on June 8 that they were going on a “mission” and would be unable to communicate with them.

The Kremlin said the men are mercenaries and, therefore, are not covered by the Geneva convention, adding that they must face the consequences for their actions.

Britons Aiden Aslin and Shaun Pinner and Moroccan citizen Brahim Saadoun were sentenced to death by a Donetsk separatist court earlier this month for allegedly fighting with the Ukrainian army in Mariupol, where they were captured by Russian soldiers in April. The sentences have stoked fears that Huynh and Drueke will suffer the same fate.

“Alex did not go in a military capacity,” Drueke’s mother, Lois Drueke, said. “He went as a civilian with military training.”

Kyiv continues to face major setbacks as its forces struggle to push back against Moscow’s offensive in the Donbas. Ukrainian officials said Russia has been escalating its attacks over the last couple of days and capturing new territory.

Western-supplied weapons continue to arrive in Ukraine, but Kyiv authorities say it is not enough to help its forces who are vastly outgunned by the Russians. Kyiv says that around 200 of its defenders are being killed each day in the bloody battle as Moscow unleashes continuous, heavy artillery fire.

Ukrainian troop commander Mykhailo Strebizh told the Associated Press that if his soldiers came under a significant artillery barrage, their cache of weapons would provide only about four hours’-worth of return fire.

Military experts said that, despite ongoing weapons shipments and pledges of aid from the West, deliveries are not keeping pace with Ukraine’s needs because defense industries have been unable to produce weaponry fast enough, according to one expert.

“We’re moving from peacetime to wartime,” said Francois Heisbourg, a senior adviser at the Paris-based Foundation for Strategic Research think tank. “Peacetime means low production rates, and ramping up the production rate means that you have to first build industrial facilities.” Heisbourg added, “This is a defense-industrial challenge which is of a very great magnitude.”

In one bit of good news for Ukraine, its forces reported their first successful use of Western-supplied Harpoon anti-ship missiles targeting Russian forces last week,  the British Military Intelligence said on Tuesday.

The European Union will consider Ukraine’s membership bid at a summit taking place this Thursday and Friday in Brussels. Ukraine seeks membership in the global economic and security alliance amid fierce opposition from Moscow.

The 27-nation bloc will also focus on ramping up pressure on Russia with additional sanctions, according to Reuters.

The EU’s recent decision to cut off Russian gas shipments has left some members scrambling to find alternate supplies to thwart a potential energy crisis this winter if stores are not refilled.

An unnamed purchaser paid $103.5 million for a Nobel Peace Prize awarded to Russian journalist Dmitry Muratov.  Muratov put the award on the auction block with the goal of raising money to provide assistance to Ukrainian child refugees.

A spokesperson for Heritage Auctions, which handled the sale, could not confirm the identity of the successful bidder, who was represented by a proxy. The sale represents the largest sum ever paid for a Nobel, according to the Associated Press. .

Muratov writes for independent newspaper Novaya Gazeta which has been critical of Russia’s invasion of Ukraine. Proceeds from the sale went directly to UNICEF, a global humanitarian organization that has been working to assist families displaced by the war.