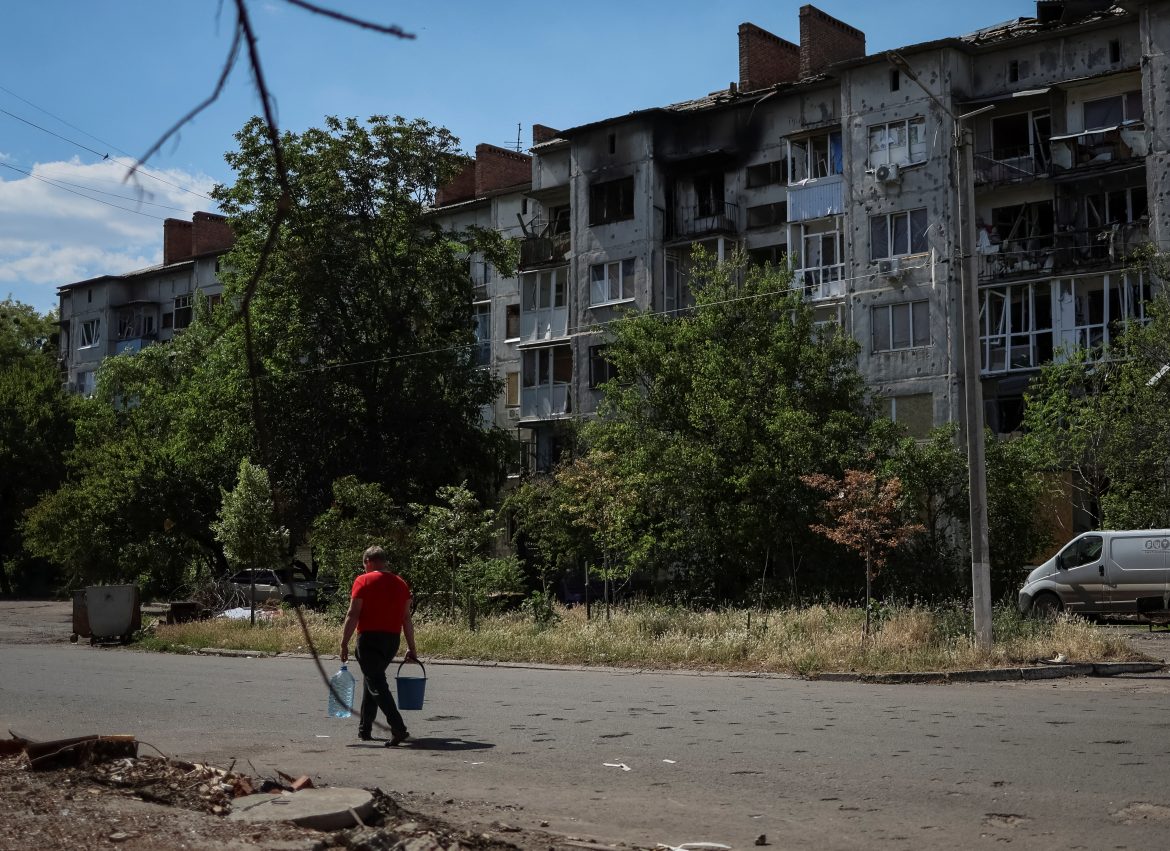 Russia is drawing closer to achieving its goal of fully capturing Ukraine’s industrial heartland in the east. Moscow says it has taken control of 97% of the two provinces that comprise the Donbas.

Russian Defense Minister Sergei Shoigu said Tuesday nearly all of the Luhansk province is now controlled by Russian forces, while Ukrainian officials report that Moscow occupies about half of the Donetsk province, according to the Associated Press.

Ukrainian President Volodymyr Zelenskyy said Tuesday that a stalemate with Russia is “not an option,” vowing that Ukraine will continue fighting to push Moscow’s forces from all Ukrainian territory, the New York Post reported.

“We have already lost too many people to simply cede our territory,” the leader declared at a virtual conference hosted by Britain’s Financial Times newspaper. “We have to achieve a full de-occupation of our entire territory.”

The remarks came as fierce street-by-street fighting continued in the bloody battle for Sievierodonetsk, the last Ukrainian holdout in the Luhansk oblast.

Ukrainian forces reportedly reclaimed the center of the city following a weekend counterattack that took Russia by surprise. Moscow responded with a massive bombardment of Luhansk as it sent in more troops. While Russia has superior firepower, entrenched Ukrainian defenders have demonstrated an ability to launch effective counterattacks.

“The absolutely heroic defense of the Donbas continues,” Zelenskyy said late Tuesday in his nightly video address, adding that Moscow clearly did not expect Ukrainian forces to put up such fierce resistance, as evidenced by its efforts to send in more troops and equipment.

Speaking earlier, Zelenskyy doubled down on his insistence that Ukraine must defeat Russia on the battlefield but said he is still open to direct peace talks with Russian President Vladimir Putin, who has yet to respond to the invitation.

Elsewhere, Ukrainian forces in the east are now being trained by American military personnel on the use of U.S.-supplied rocket launchers the Biden administration signed off on last week. The Pentagon said the training is taking place at a base in Germany and other locations in Europe.

Kyiv has accused the Russian army of torturing hundreds of Ukrainian prisoners in Kherson, which Moscow captured early in the war.

“According to our information, about 600 people are… detained in specially equipped basements in the Kherson region,” Tamila Tacheva, the Ukrainian Presidency’s permanent representative in Crimea, said in a briefing. Tacheva noted that most of the prisoners are “journalists and activists” who had organized “pro-Ukrainian rallies in Kherson and its region” in response to Russian occupation, adding that an untold number of civilians and prisoners of war have been sent to prisons in Crimea.

Meanwhile, Moscow’s state media said on Tuesday that four people were wounded in an explosion at a cafe in Kherson in what appears to be the latest in a series of anti-Russian sabotage efforts in the city. Russia’s Tass media outlet described Tuesday’s incident as a “terror act.”

Meanwhile, as the global food crisis escalates, Russian Foreign Minister Sergey Lavrov is set to meet today with officials from Turkey to work out a plan to release an estimated 22 million tons of grain from Ukraine. The discussion will include a plan to export the grain through the Black Sea. Ukraine is one of the world’s largest exporters of wheat, corn, and sunflower oil, but its exports have been halted as a result of the Russian blockades of its ports.

Turkey’s role in the U.N.-led effort will be to establish a secure corridor for shipments of grain from Ukraine and food and fertilizer from Russia. Moscow maintains, however, that Ukraine must remove mines near the Black Sea port of Odesa before exports can resume.