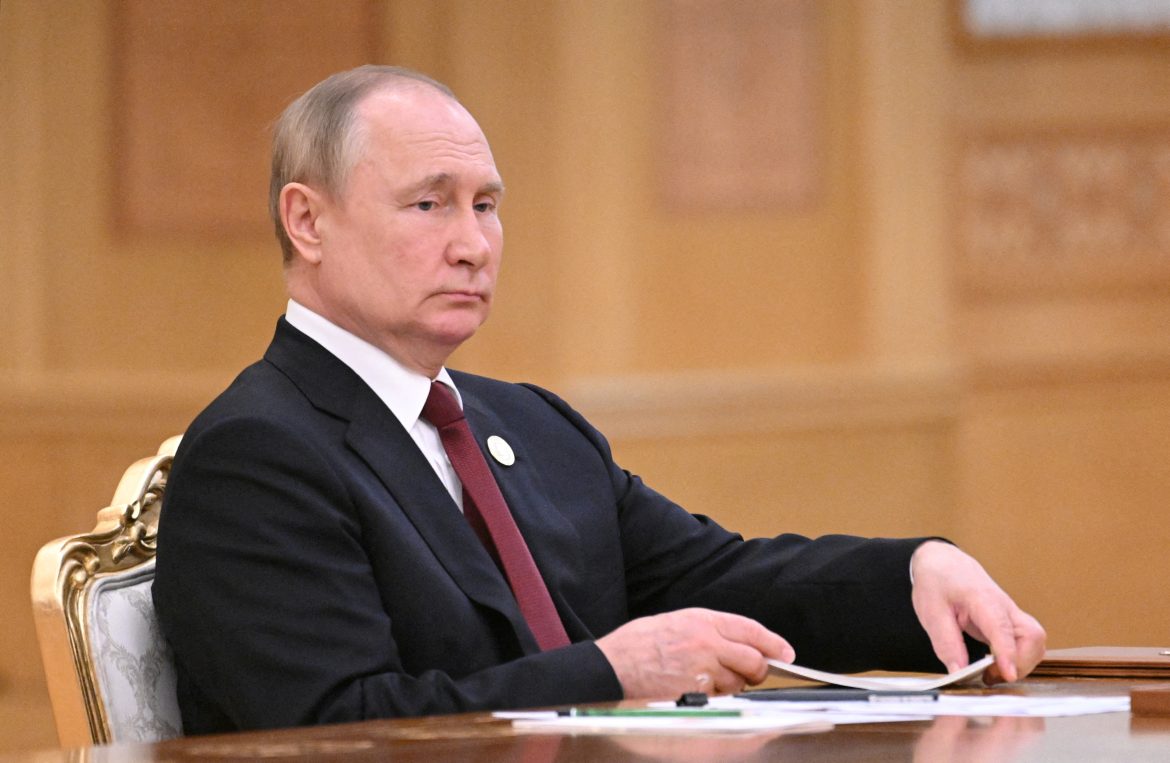 Russian President Vladimir Putin’s objective of seizing most of Ukraine has not changed, America’s top intelligence officer said Wednesday. Director of National Intelligence Avril Haines said that the war will likely grind on “for an extended period of time,” in part because Russian forces have been degraded by heavy combat, thus hampering territorial gains. Haines made the remarks during a Commerce Department conference Wednesday.

“In short, the picture remains pretty grim and Russia’s attitude toward the West is hardening,” she stated, adding that despite the billions of dollars’ worth of modern weaponry the U.S. and other countries have been supplying to Ukraine, they likely won’t be able to turn the tide of the war in their favor anytime soon.

Haines said Putin’s current priority is for his forces to continue to advance in the Donbas and to cripple Ukrainian forces, a development Russia believes will “cause the resistance from within to slump.”

Authorities in Ukraine and Moscow both reported an exchange of nearly 300 prisoners, signifying the biggest prisoner swap since the war began on Feb. 24.

The Ukrainian Ministry of Defense in Kyiv reported that 144 Ukrainian soldiers were freed in the exchange, including dozens of wounded soldiers who defended Mariupol’s steelworkers, Ukraine’s military intelligence agency said.

Russia did not release a statement about the exchange, but the head of the self-proclaimed Donetsk People’s Republic in eastern Ukraine confirmed that it had also secured the release of 144 soldiers, including its fighters and those within the Russian army.

Moscow and Beijing rebuked NATO over the alliance’s updated assessments which designated Russia as a “direct threat” and China as a “serious” challenge to global stability.

China accused the alliance of “maliciously attacking and smearing” the country. Beijing’s mission to the European Union said NATO “claims that other countries pose challenges, but that NATO is creating problems around the world,” according to an Associated Press report.

In other developments coming out of this week’s NATO summit in Madrid, Sweden and Finland were formally invited to join the alliance, as expected, after overcoming Turkey’s objections ahead of the summit. If all 30 member nations sign off on the Nordic countries’ membership status, it will give NATO a new 800-mile border with Russia.

Russian President Vladimir Putin earlier this week warned that the move could trigger World War III and said that Moscow would “create the same threats for the territory from which threats against us are created.”

Human rights group Amnesty International released a report on Thursday indicating that Russian airstrikes deliberately targeted a theater in Mariupol that was being used as a shelter, condemning the attack as a war crime.

Following an investigation into the March 16 strikes that killed hundreds of civilians, Amnesty concluded that there was no evidence that the theater served as a base of operations for Ukrainian troops, as Russia claimed, but that there was every indication it was a haven used by civilians seeking protection from relentless shelling and airstrikes.

Before-and-after images of the Donetsk Academic Regional Drama Theater released after the deadly attack showed that the Russian word for “children” had been painted in huge letters in two highly visible areas next to the building to alert fighter pilots that the civilians were inside.

City officials at the time estimated that roughly 300 civilians were killed in the brutal attack, but the Associated Press said the number was likely closer to 600 after conducting its own investigation.

Britain’s defense ministry said Russian forces continue to make “incremental advances” in their eastern offensive. An intense battle continues for control of Lysychansk, the last remaining city still under Ukrainian control in the Donbas. Russia’s military and separatist officials claim that Moscow now controls 95% of Luhansk and half of Donetsk.

🇷🇺 forces have entered the southwestern outskirts of Lysychansk.

Meanwhile, Russian troops have withdrawn from Snake Island in the Black Sea in what Moscow’s defense ministry called a “goodwill gesture.” The ministry said its forces had completed their mission and said the withdrawal proves that Russia is not blocking U.N. efforts to establish a safe corridor to export agricultural goods out of Ukraine.

Nineteen Ukrainian border guards protecting the island achieved fame in the early days of the war for facing down a giant Russian warship and openly defying orders to surrender. The men were eventually captured but were released a month later in a prisoner swap.