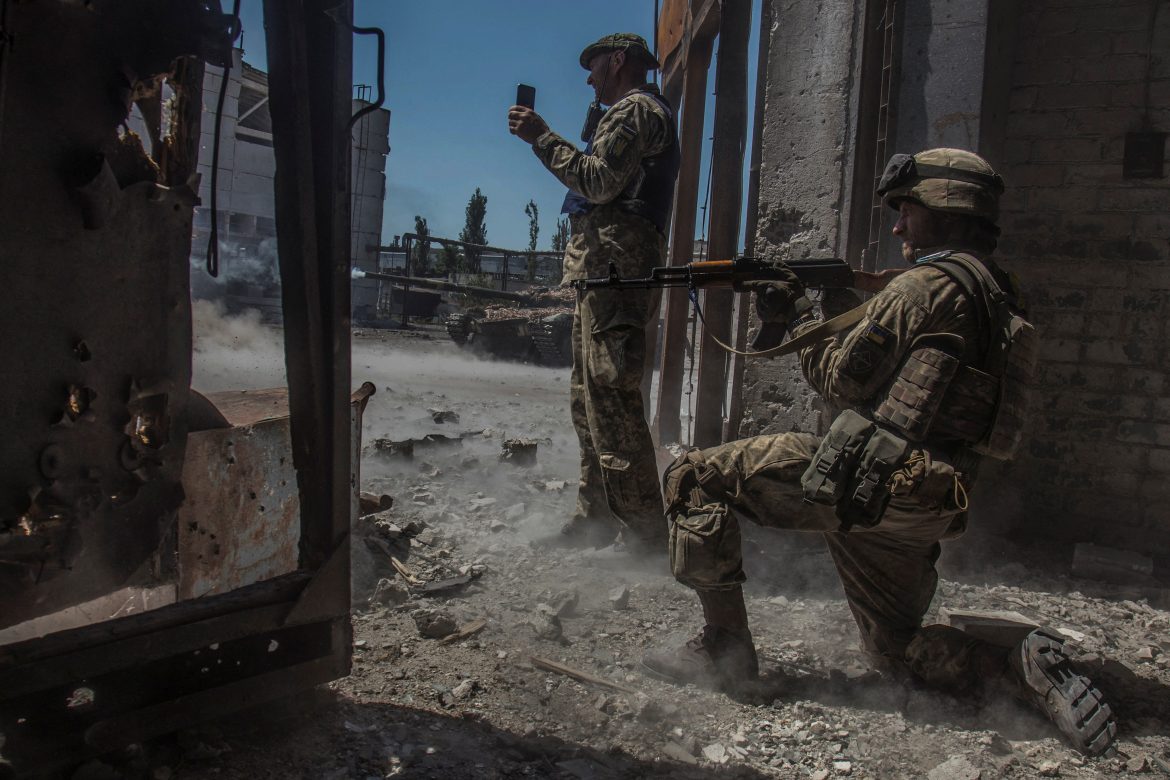 As the war in Ukraine stretches into its fourth month, both Russia and Ukraine are observing the “Day of Remembrance and Sorrow” today, marking the anniversary of Hitler’s attack on the Soviet Union in World War II. In Russia, President Vladimir Putin visited the Russian tomb of the unknown soldier and is expected to lay flowers at a memorial flame for the dead later in the day.

World War II plays heavily into Putin’s narrative that Russia’s invasion of Ukraine is a “special military operation” necessary to squelch rising Naziism – a rationale wholly rejected by Ukraine and the West, but one that the people of Russia appear to now support.

Ukrainian presidential adviser Mykhailo Podolyak referenced the somber anniversary in a rueful tweet, writing, “Bombed at 4:30 am. Banned the word ‘war’. Blamed other countries for aggression. Psychiatrists of the future will examine: how after building the WWII cult for years, Russia began to recreate bloody pages of the history and Nazis’ each step.”

The tweet followed a brutal night of Russian attacks that slammed areas in eastern Ukraine where pockets of resistance have prevented Moscow from achieving full military control. In the city of Sievierodonetsk, the focal point of fighting in recent weeks, Ukrainian defenders struggled to hold onto the Azot chemical plant in the ravaged city’s industrial outskirts. About 500 civilians are sheltering at the plant.

“Today everything that can burn is on fire,” Serhiy Haidai, the governor of Ukraine’s eastern Luhansk region, told The Associated Press. “It is a sheer catastrophe. Our positions are being fired at from howitzers, multiple rocket launchers, large-caliber artillery, missile strikes.”

The Russian military currently controls about 95% of the Luhansk region but has struggled to overtake it completely despite a significant military advantage.

“With the help of tactical movements, the Ukrainian army is strengthening defenses in the Luhansk region,” Ukrainian President Volodymyr Zelenskyy said Tuesday in his nightly video address. “That really is where the toughest situation is now.”

‘Putin is winning at this moment’

A retired U.S. general described the fighting between Russia and Ukraine as a “heavyweight boxing match,” and that he senses a “knockout blow” is coming, according to a Business Insider report.

“In 2 months of fighting, there has not yet been a knockout blow. It will come, as RU forces become more depleted” Retired Lt. Gen. Mark Hertling, former commander of the U.S. Army in Europe, tweeted late Monday.

It's a heavyweight boxing match. In 2 months of fighting, there has not yet been a knockout blow.

It will come, as RU forces become more depleted. 14/

Hertling likened the fierce battle between the two sides in Ukraine’s eastern Donbas region to a “punch-counterpunch” fight, where neither side has seen much progress on the frontlines amid ongoing counterattacks and a constant barrage of artillery exchanges.

“The Donbas fight has been a slugfest for over 2 months, so an expectation would be advancement on one side or the other. That’s not happened,” Hertling wrote in a separate tweet.

Hertling said that while both Russia and Ukraine continue to suffer heavy casualties, Ukraine possesses an advantage in terms of greater “will and morale.”

Kyiv has acknowledged that it is outgunned by Russian forces and has pleaded daily with the West to rush in more weapons deliveries.

Moscow says response to Lithuanian transit ban will ‘not be diplomatic’

A Russian Foreign Ministry spokesperson said Wednesday that Moscow’s response to Lithuania’s ban on the transit of goods sanctioned by the EU to the Russian exclave of Kaliningrad will be one of practicality rather than diplomacy, according to Reuters.

“One of the main questions has been about whether the response would be exclusively diplomatic – the answer: no,” Maria Zakharova said at her weekly briefing, adding: “The response will not be diplomatic but practical.”

Zakharova did not elaborate on the remark but said that an announcement regarding what form the practical measures will take will be forthcoming.