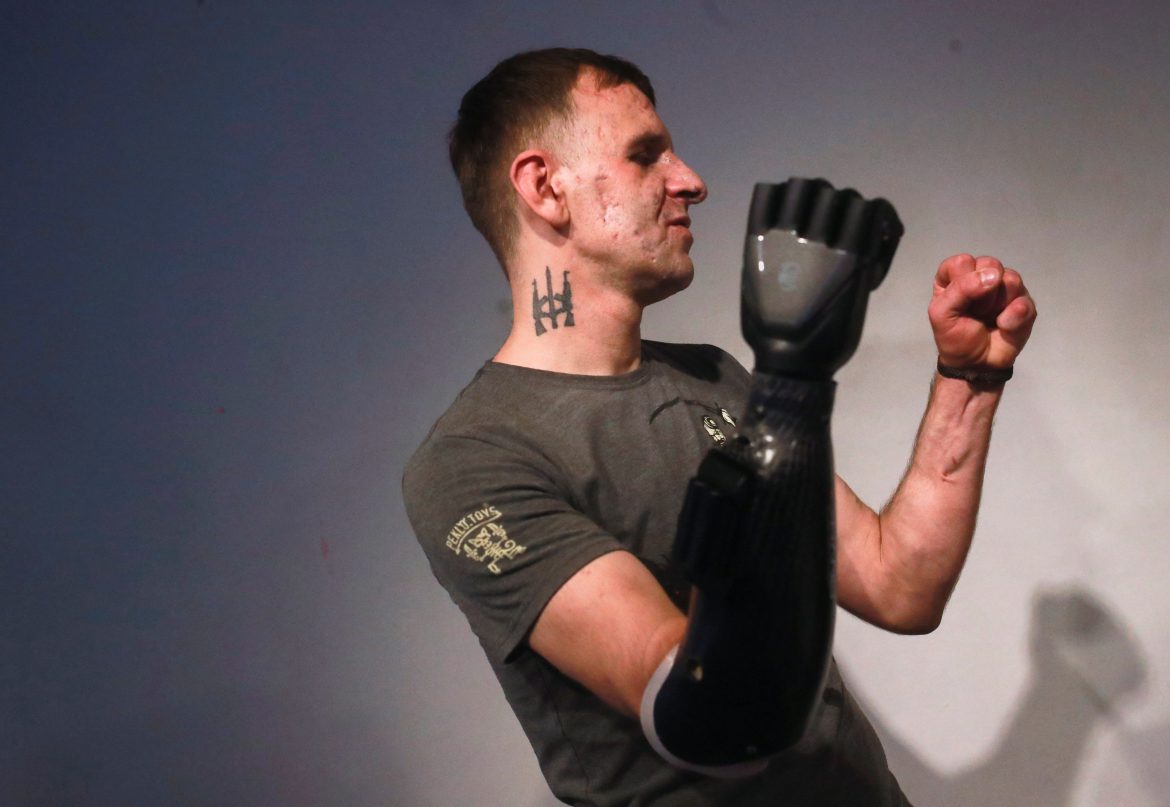 Oleh, a Ukrainian soldier wounded in the war earlier this year, is heading back to his home country after his injuries led him to spend months in Mexico.

He has two things on his mind, he told Reuters: celebrating his son’s 12th birthday and returning to battle.

Oleh, who declined to share his last name and some details about his life out of safety concerns, is one of close to a dozen soldiers who are receiving “bionic” prostheses in Mexico through a partnership with the Ukrainian embassy there.

He took up arms again at the beginning of the year as Russian soldiers began to creep into the country at the direction of Russian President Vladimir Putin.

“It was automatic,” Oleh said of his decision. “We had no other option.”

Several months into the fighting, he was gravely wounded by Russian forces — losing his right arm, along with sustaining an injury to his right eye. He was hospitalized in a coma in Ukraine before being flown to Mexico.

Oleh has spent the past three months in the country working with Human Assistive Technologies, a medical technology manufacturer founded by Colombian Alvaro Rios, in physical therapy preparing to receive a prosthetic arm tailored for him.

“Some 7,000 to 8,000 (Ukrainians) have had some sort of amputation since the war started,” Rios said. “So this is an important social issue, and why we got on board.”

Oleh and another Ukrainian — Danylo, a volunteer soldier who declined to be interviewed for this story — were the first two to receive prostheses through the program.

While getting used to the new prostheses, Oleh practiced his boxing. Danylo wrapped the robotic fingers around a pocket knife.

“There’s work to be done,” Oleh said. “Our land is still occupied and Putin is still alive.”