Ukrainians have not forgotten their humanity during war 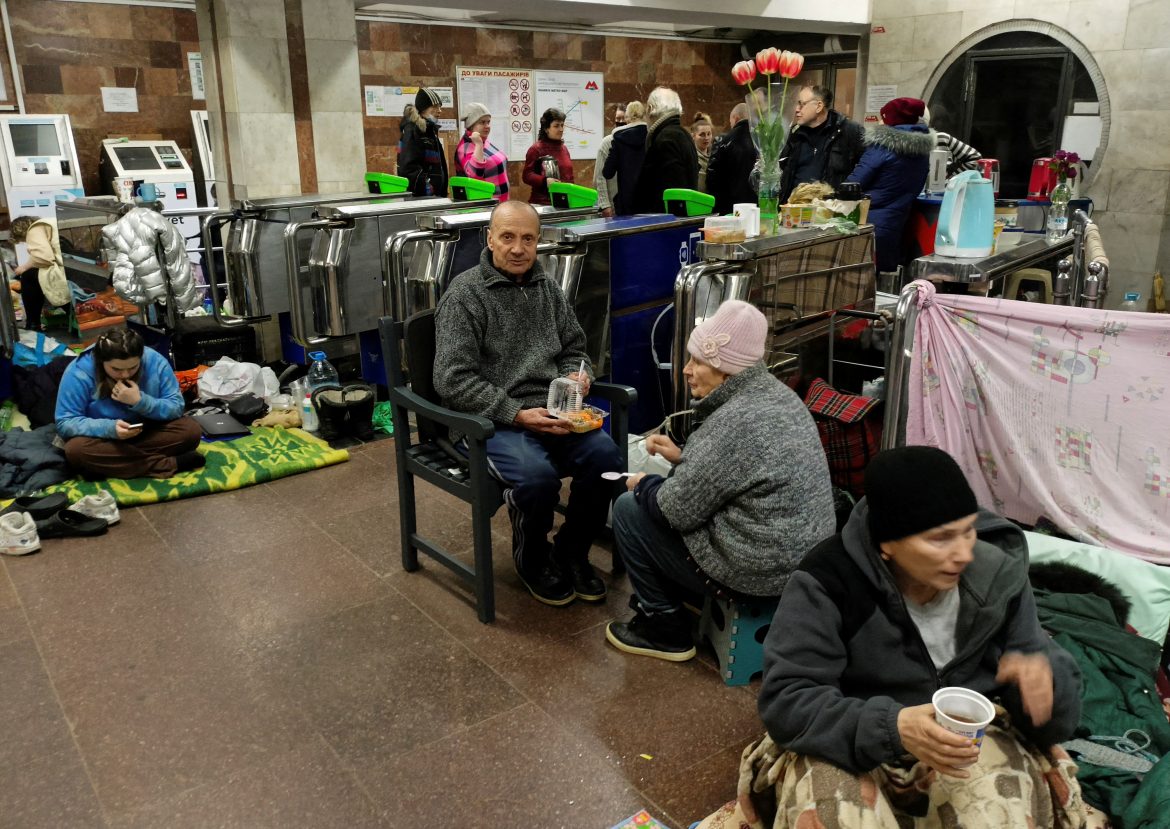 During war, brutality, and nightmarish circumstances, the Ukrainian people have captured global attention for their fighting spirit and strong wills. However, it’s the very darkness they face daily that enables the Ukrainians to shine as examples of humanity. From music in bomb shelters to compassion for enemies and more, the courage of ordinary Ukranian civilians has inspired the world.

On March 2, BuzzFeed’s Christopher Miller shared a “remarkable video” of Ukrainian civilians treating a Russian soldier with compassion. They provided him with food, a warm cup of tea, and even provided a cellphone so the soldier could contact his mother.

Remarkable video circulating on Telegram. Ukrainians gave a captured Russian soldier food and tea and called his mother to tell her he’s ok. He breaks down in tears. Compare the compassion shown here to Putin’s brutality. pic.twitter.com/KtbHad8XLm

“These young men, it’s not their fault,” Miller reported that one Ukrainian man says during the video.

The kindness shown to an enemy was enough to drive the Russian soldier to tears, humanizing all who are forced to play a part in this war.

Although Podgurska was smeared by Russia as a crisis actor, Tokariuk confirmed the woman is a beauty blogger. Her daughter was born on Thursday night, just one day after the hospital bombing. Podgurska’s husband was with her at the time.

“They planned this baby for so long, they waited for it to arrive,” the woman’s aunt Tetyana Liubchenko told Tokariuk. She described that conditions leaving the besieged city were “too risky,” so instead Podgurska planned to remain at the hospital’s maternity ward for the remainder of her pregnancy. The hoped-for baby made it safely, providing a bright and hopeful occasion.

However, with bombs still striking the city and dangerous evacuation routes, the young family is in continued danger.

“I think of Marianna and her newborn baby,” Tokariuk tweeted. “Will they be able to survive under constant bombardment, with food running out?”

While the courage of Ukrainians within the country is inspiring, there’s something riveting about the tales of ex-patriate citizens who heed the call to join the fight in their birth country. A Portland father, Sergey Korenev, is one of roughly 66,000 reported Ukrainians who are re-entering the country according to an earlier Guardian report.

For Korenev, going to war means leaving behind his 11-year-old and 17-year-old daughters in the care of his ex-wife despite the risk that he will never see them again. He also departed with one additional mission. He wanted to locate his mother from near Kyiv to evacuate her to safety.

His heart wrenching decision, to leave safety and family to risk his own life, stirs emotions as a reminder of the sacrificial love of Christ.

Finally, the Ukranian spirit shines bright as unconquerable. Despite confinement to bomb shelters due to a heavy assault on the cities, the people have not forsaken their arts and talents. Liubov Tsybulska posted a video on Twitter that depicts a gifted violinist playing from within one of these shelters as an example of how beauty thrives even in the middle of mass destruction.

What we do in bomb shelters when they bomb us from the sky pic.twitter.com/SzielSRxIj

Manchin expresses impatience with regulators for lag in energy production