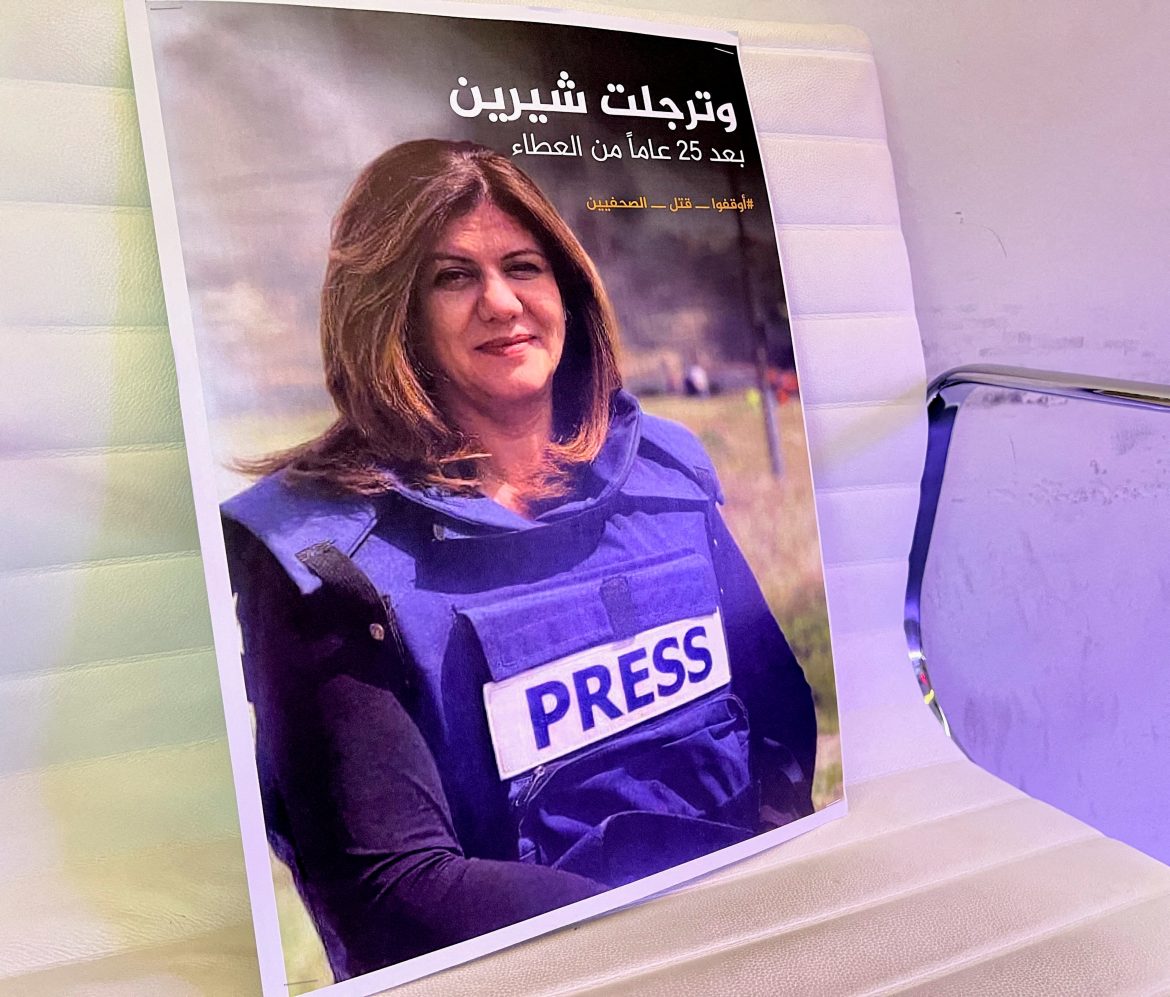 “It is deeply disturbing that Israeli authorities have not conducted a criminal investigation,” Ravina Shamdasani told a briefing in Geneva.

Israeli and Palestinians officials have exchanged recriminations over the shooting that also led to chaotic scenes at Abu Akleh’s funeral when Israeli police officers charged at mourners.

The Israeli Defences Forces (IDF) said on Friday that it was committed to investigating Abu Akleh’s death and called on the Palestinian authorities to share access to the bullet that killed her. The Palestinian Authority has refused to hand over the bullet, saying it does not trust Israel.

“The results of the UN investigation confirm once again what we said from the start, that Israel is responsible for the killing of the journalist Shireen Abu Akleh and it must be held accountable for this crime,” Nabil Abu Rudeineh, a spokesman for Palestinian President Mahmoud Abbas, told Reuters.

Shamdasani said the U.N. rights office had conducted its own “monitoring” of the incident – she declined to use the word investigation – and had gone through photo, video and audio material.

It had also visited the scene, consulted experts, reviewed official communications and interviewed witnesses, she said.

“All information we have gathered – including official information from the Israeli military and the Palestinian attorney-general – is consistent with the finding that the shots that killed Abu Akleh and injured her colleague Ali Sammoudi came from Israeli Security Forces and not from indiscriminate firing by armed Palestinians, as initially claimed by Israeli authorities,” she said.

The Palestinian Authority has said its investigation showed that Abu Akleh was shot by an Israeli soldier in a “deliberate murder”. Its findings lent support to several witnesses, including Palestinian journalists, who said she was killed by Israeli fire. Israel denied the accusation.

Abu Akleh was shot dead on May 11 while she was covering an Israeli military raid in the city of Jenin in the Israeli-occupied West Bank.

“Our findings indicate that no warnings were issued and no shooting was taking place at that time and at that location,” Shamdasani said.

“At around 06h 30, as four of the journalists turned into the street leading to the camp, wearing bulletproof helmets and flak jackets with ‘PRESS’ markings, several single, seemingly well-aimed bullets were fired towards them from the direction of the Israeli Security Forces,” she said.

“One single bullet injured Ali Sammoudi in the shoulder, another single bullet hit Abu Akleh in the head and killed her instantly.”

In a statement responding to Shamdasani’s briefing, the IDF insisted there had been an exchange of fire between Israeli forces and Palestinian gunmen.

“Ever since the incident, the IDF has been investigating and reviewing the circumstances of Ms Abu Akleh’s death,” the statement said.

“The IDF investigation clearly concludes that Ms Abu Akleh was not intentionally shot by an IDF soldier and that it is not possible to determine whether she was killed by a Palestinian gunman shooting indiscriminately in her area or inadvertently by an IDF soldier.”

In a previous statement, the Israeli military said it identified a soldier’s rifle that may have killed Abu Akleh but that it needed to analyse the fatal bullet to be certain.