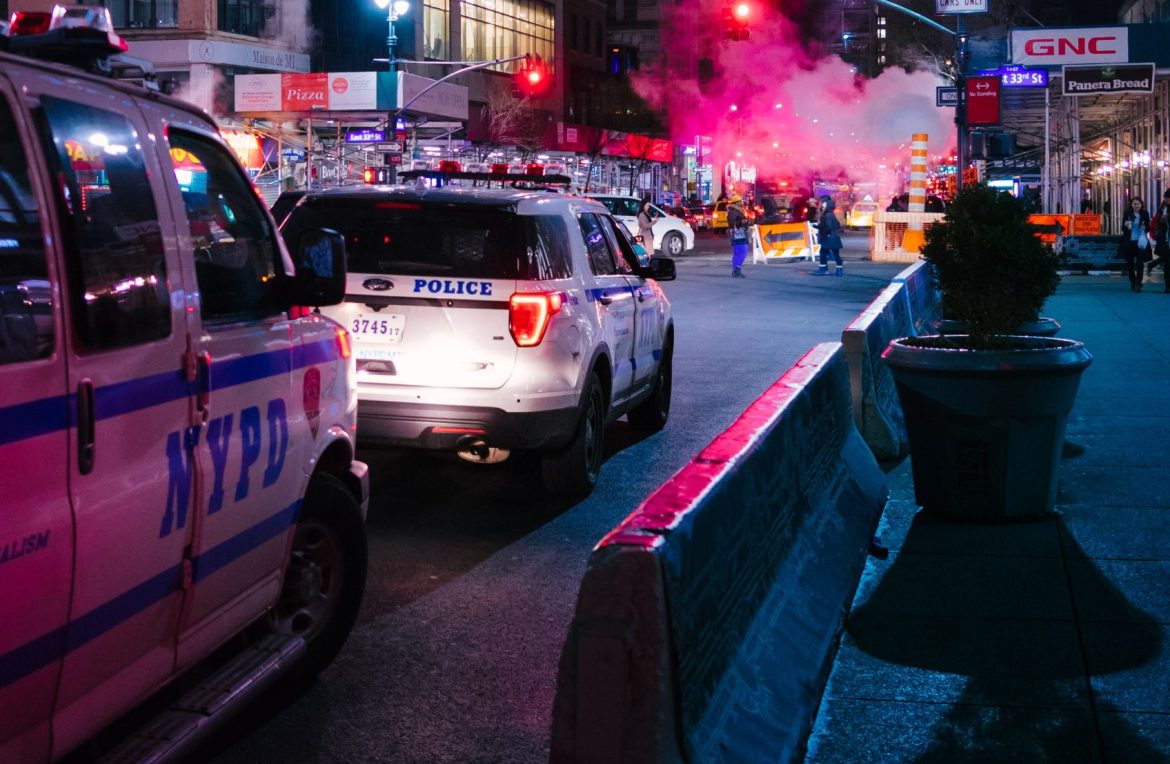 This year is on track to become the deadliest on record for police officers, and the leader of America’s top police union says he knows why.

“This past year has been one of the most dangerous years for law enforcement in recent history due to the increase of violence directed towards law enforcement officers as well as the nationwide crime crisis, which has seen criminals emboldened by the failed policies of pandering prosecutors and cynical politicians,” said Patrick Yoes, National President of the Fraternal Order of Police (FOP).

Nationwide, 323 police officers have been shot in the line of duty so far this year, according to a new FOP report. Of those officers shot, 60 were killed by gunfire.

Those numbers top last year’s FOP numbers. FISM News reported that 314 officers were shot in the line of duty in 2021, including 58 who died, more than any other year since the FOP started recording this data.

“Frankly, it is unlike anything I’ve seen in my 36 years of law enforcement,” Yoes added.

As this article was being written on Wednesday, the FOP reported yet another shooting involving a police officer. The FOP tweeted: “Please pray for the NYPD Officer who was shot responding to a domestic call in Brooklyn today. Per reports, the officer was transported to the hospital and is expected to recover. The suspect is still at large.”

🚨 OFFICER DOWN: Please pray for the NYPD Officer who was shot responding to a domestic call in Brooklyn today.

Per reports, the Officer was transported to the hospital and is expected to recover. The suspect is still at large.

A further breakdown of this year’s FOP data shows there were 87 ambush-style attacks on law enforcement officers this year. The attacks resulted in 124 officers being shot and 31 of those officers being killed. The FOP shared those sobering numbers in a recent Twitter post.

🚨ONE OF THE MOST DANGEROUS YEARS FOR LAW ENFORCEMENT: The American Police Officer is Facing a Heightened Level of Danger

We still have 10 days left in 2022… pic.twitter.com/BThxdSNcnz

“Many will often look at this data and just see numbers. We MUST remember that they represent heroes — fathers, mothers, sons, and daughters. Thankfully, because of dramatic improvements in medical trauma science and anti-ballistic technology, the lethality of these attacks would be much greater,” said Yoes.

Yoes is hopeful the FOP report will shine a light on the “Protect and Serve Act,” which if passed, would mean new penalties for those who target law enforcement officers.

“I call on Americans in every community across the country to join us in taking a stand — to say, ‘Enough is Enough!’ Truthfully, the violence against those sworn to serve and protect is beyond unacceptable; it’s a stain on our society, and it must end. It is incumbent upon our elected officials and community leaders to stand up, support our heroes, and speak out against the violence against law enforcement officers,” he said.

The bill was introduced last year by more than a dozen Senate Republicans who are seeking to make it a federal crime to knowingly cause or attempt to cause injury to a police officer. The FOP launched a social media campaign of sorts that encourages and makes it easy for you to call your members of Congress to support the “Protect and Serve Act.”

⚠️ CALL TO ACTION: Those who target our #LawEnforcement officers with violence must be held accountable and punished to the fullest extent!

🗣 Urge Congress to pass the #ProtectAndServeAct, making it a Federal crime to target our officers with violence ➡️ https://t.co/6HSWjwwsRl pic.twitter.com/wqPj56R3ia

Nebraska Congressman Don Bacon, who co-sponsored the Protect and Serve Act, renewed his support for the bill on social media. He recently tweeted in part: “Our law enforcement put their lives on the line to protect our communities. This bill establishes a new criminal offense for knowingly assaulting or attempting to cause serious bodily injury to a police officer. #BackTheBlue”

Yoes blamed “pro-criminal” policies for the spike in police murders.

Law-abiding citizens saw the real-life consequences of what happens when elected officials embrace pro-criminal, revolving-door policies and make decisions that put the interests of violent offenders ahead of public safety. These decisions — failures to prosecute violent offenders for their crimes or, even worse, releasing repeat offenders arrested for crimes who show a propensity for escalation of violence — make our communities less safe. These rogue prosecutors are putting innocent lives at risk. When there are no consequences for breaking the law, more people will break the law and crime will increase.